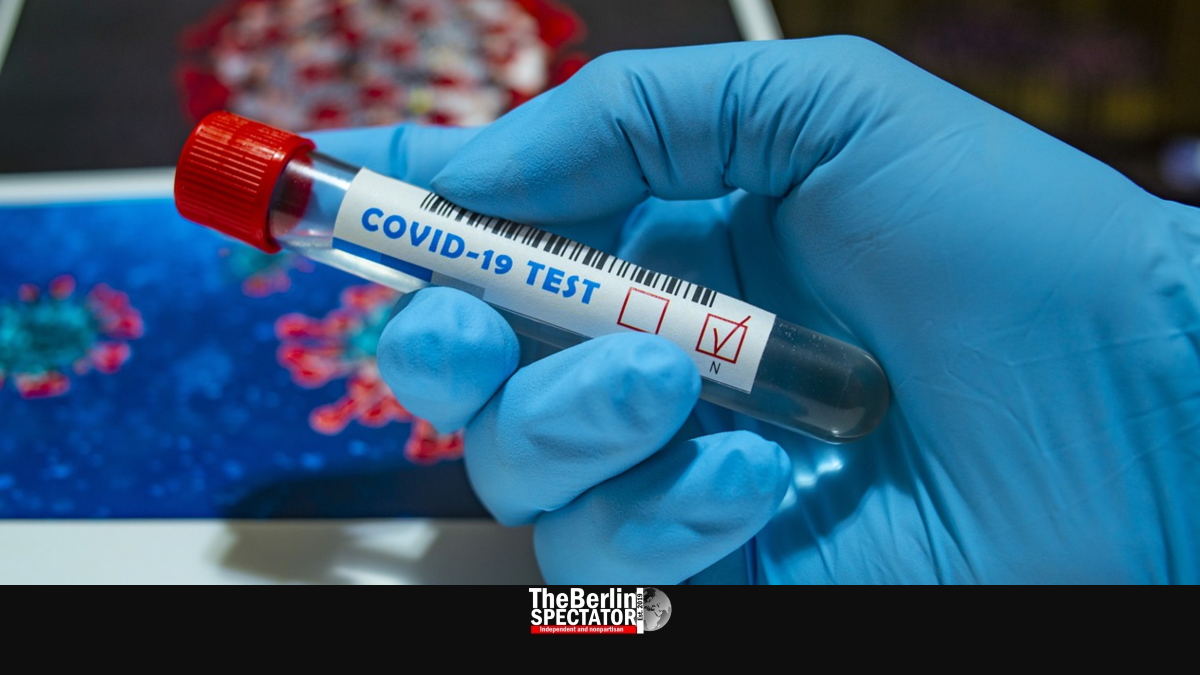 In Germany, the Corona infection numbers keep on plummeting. Only five federal states have two-digit Incidences. At the same time, experts fear the Delta variant of the Coronavirus could reverse the development.

Berlin, June 20th, 2021 (The Berlin Spectator) — At first glance, things could hardly be better in Germany. The Interdisciplinary Association for Intensive Care Medicine just announced the number of Corona patients treated at ICUs at German hospitals had dropped below 1,000 for the first time since last year. At Berlin’s ICUs alone, hundreds of Corona patients used to be treated. Now, there are 78.

All sixteen federal states look good by now. Mecklenburg-Hither Pomerania, a state that provides some of Germany’s nicest beaches and which is a tourist magnet for that reason, had a Seven Day Incidence of 2.1 on Sunday. Only five states have two-digit Incidences. They are Baden-Württemberg (12.7), Bavaria (10.5), Hamburg (12.2), Hesse (10.0) and Saarland (12.6). The rest made it to one-digit levels. The same applies to Germany’s nationwide Incidence, which is 8.8.

Looking at Germany’s 412 counties makes people feel optimistic as well. Eight of them actually stand at 0.0. They are Dessau-Rosslau (Saxony-Anhalt), Rostock (Mecklenburg-Hither Pomerania), Straubing (Bavaria), Südpfalz (Rhineland Palatinate), Vogelsbergkreis (Hesse), Lüchow-Dannenberg (Lower Saxony), Goslar (Lower Saxony) and Dithmarschen (Schleswig-Holstein). Zero Incidence means that there have been no new infections (per 100,000 inhabitants) in the past seven days.

The rapid decrease of Corona infections also shrinks those Corona denier protests. In Dresden, a large event of this kind was registered with the authorities, but only some 100 persons took part. According to the Dresden Police Department, most participants even adhered to the Corona rules. Things are definitely changing. Since early 2020, these kinds of events had attracted thousands of people. Especially in Stuttgart, Berlin and Dresden they refused to keep their distance, or to wear masks, most of the time. The participants protested against the government’s Corona policies designed to protect the population from the dangerous virus.

In spite of the very positive development regarding the infection numbers, worries are left. The fear is that the Delta variant of the Coronavirus might trigger a fourth wave in Germany, also because a herd immunity has not been achieved yet. The week before last, the Delta mutation was confirmed in six percent of all new Corona infection cases. Scientists at the Robert Koch Institute, the Charité and elsewhere believe a development similar to the one in Britain, where Delta more than tripled the infection numbers, cannot be ruled out.

Schools Closed due to Local Outbreak

A local Delta variant outbreak was reported at an apartment block in Dresden. The members of three families there tested positive, many of them are infected with the Delta variant, which was first discovered in India. Starting on Monday, all 150 inhabitants of the building are supposed to be tested. Five schools were closed because of the outbreak. Many contact persons are now in quarantine.

In Bavaria, first Minister Markus Söder defended his government’s careful approach. At an event organized by the youth organization of his conservative party CSU he stated Delta would be the main variant in Germany within three to four weeks. It was eight times as contagious as the first Corona variant. He said the vaccination campaign needed to be sped up. “Every day counts”, Söder said.