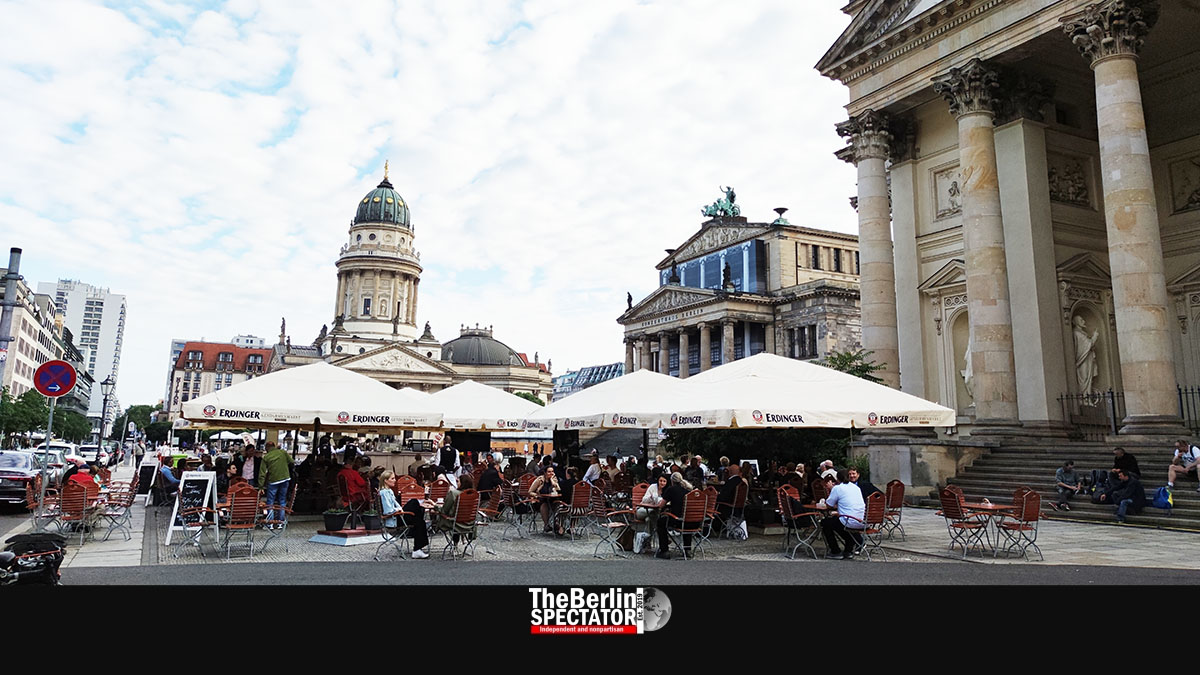 In Germany, the Delta mutation was now confirmed in 15.1 percent of all new Coronavirus infections. At the Berlin Bundestag, Chancellor Angela Merkel warned of the danger the spread of new Corona variants poses.

Berlin, June 24th, 2021 (The Berlin Spectator) — Germany checks part its new Coronavirus infections for the different variants that have developed in the past months. One of them, the Delta mutation which was first identified in India, is already spreading rapidly in the United Kingdom and other countries. It Germany, Delta already accounts for 15.1 percent of all new infection cases. Last week, its share was 7.9 percent. It had to be corrected because of reports that came in late. At first, the Robert Koch Institute (RKI) had said Delta had been at 6.1 percent, a week ago.

Luckily, the Seven Day Incidence in Germany is decreasing. It now stands at 6.6. Had it been higher, the Delta mutation would have had a wider attack surface. Still, the question is whether the variant formerly known as the “Indian mutation” could reverse the trend and triple the number of new infections, as it recently did in Britain. The RKI says it expects the contagious Delta variant to become prevalent in Germany as well. If it keeps on doubling at this speed, its share could hit 100 percent within three weeks.

The experts at the RKI believe more Coronavirus infections should be checked for variants. That way, the anti-Corona measures could be adjusted accordingly. These days, many Corona restrictions are being eased or lifted. It remains to be seen whether the spread of Delta will require the reintroduction of stricter measures or not. Other ‘exotic’ Corona mutants, such as the ones first identified in Brazil and South Africa, have a tiny share in Germany. In both cases the percentage is below 1.

At the Berlin Bundestag, Angela Merkel called for caution. “Even though the third wave was broken, the pandemic is not over” she said during an inquiry session during which MPs had the opportunity to ask the Chancellor questions on anything. “We are still walking on thin ice”, Mrs. Merkel stated. According to her, the situation does warrant an easing of Corona restrictions. But protective measures, such as keeping ones distance and wearing masks, were still important in some situations, she stressed.

Angela Merkel reiterated her promise according to which Germany will offer vaccinations to all citizens by the end of the summer. There is vaccine for persons from 12 years of age. The departing Chancellor said the Delta variant of the Coronavirus was a warning and a task at the same time.

All but one federal states in Germany now have one-digit Incidences. Hamburg stands at 10.8. Meckenburg-Hither Pomerania (2.0), Saxony-Anhalt (2.2) and Brandenburg (2.3) reported the lowest Incidences in the country. The city state of Berlin stands at 6.5. Out of 412 counties, 29 have reached Seven Day Incidences of 0.0.