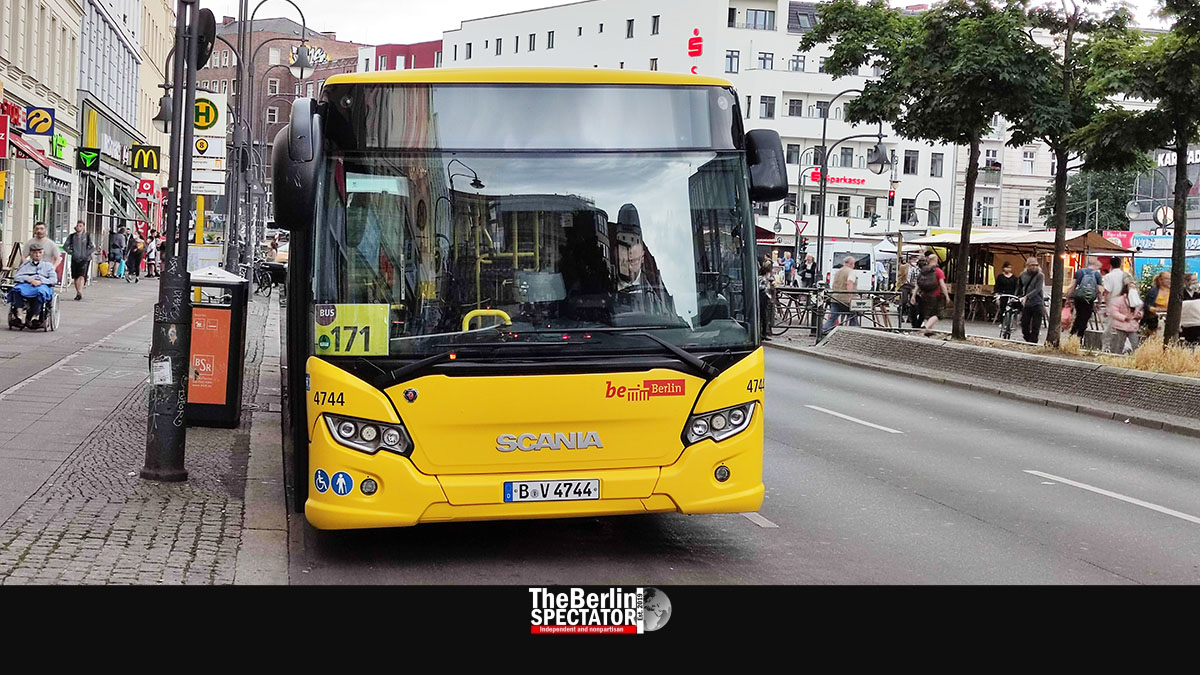 We want to get from A to B in Berlin. What do we do? We take the bus. But what if we do not know which of the many buses is ours? We will just have to guess and hope we board the right one by coincidence.

Berlin, June 25th, 2021 (The Berlin Spectator) — “Is this the bus to Ostkreuz?” Bus drivers have to put up with questions of this kind all the time, even when their destination and line number signs are working. When they do not, which is the case right now, the number of questions they need to answer definitely increases.

A hundred and fifty years ago, when horses pulled trams through Berlin and neighboring cities, signs showed passengers which one to board. Those signs were physical ones, meaning the driver would pick the right one and put it in place. Many decades later, in the information age, nobody needs printed signs anymore. Digitization makes everything so much easier, right? Wrong.

Since yesterday, many BVG buses do not show their destinations or line numbers anymore because of a major software glitch. Berlin’s main public transport provider BVG said the issue had appeared after an update. The flawed program is now causing several problems. As many as 800 buses are affected.

Allocated Times vs. Actual Ones

Apart from the line numbers and destinations, the departure times on those digital signs at many bus stops in the city have disappeared. This means many passengers will not know when the right bus arrives either, unless they read and trust the printed schedules that can be found at many bus stops.

The actual departure and arrival times will not be transmitted to the BVG app either, because the digital system does not have them anymore, due to the software glitch. Passengers can still find routes in the app, but the system now uses allocated times instead of actual ones. The BVG announced its IT experts were on the case. In the meantime, the company is going back in time, by distributing printed signs to hundreds of bus drivers, a process which takes time as well. Once the software issue is finally fixed, they intend to go back to the future, but without Marty McFly.

Of course, there is a positive aspect in all of this: This software glitch only affects destination signs in public transport. If a similar problem had popped up in a nuclear power plant or some armed forces weapons system, the trouble would be far more serious. Now, the worst case scenario is that we end up in Spandau even though we wanted to go to Köpenick. C’est la vie. By the way: The BVG says it will take “some time” to fix the problem. Sure.