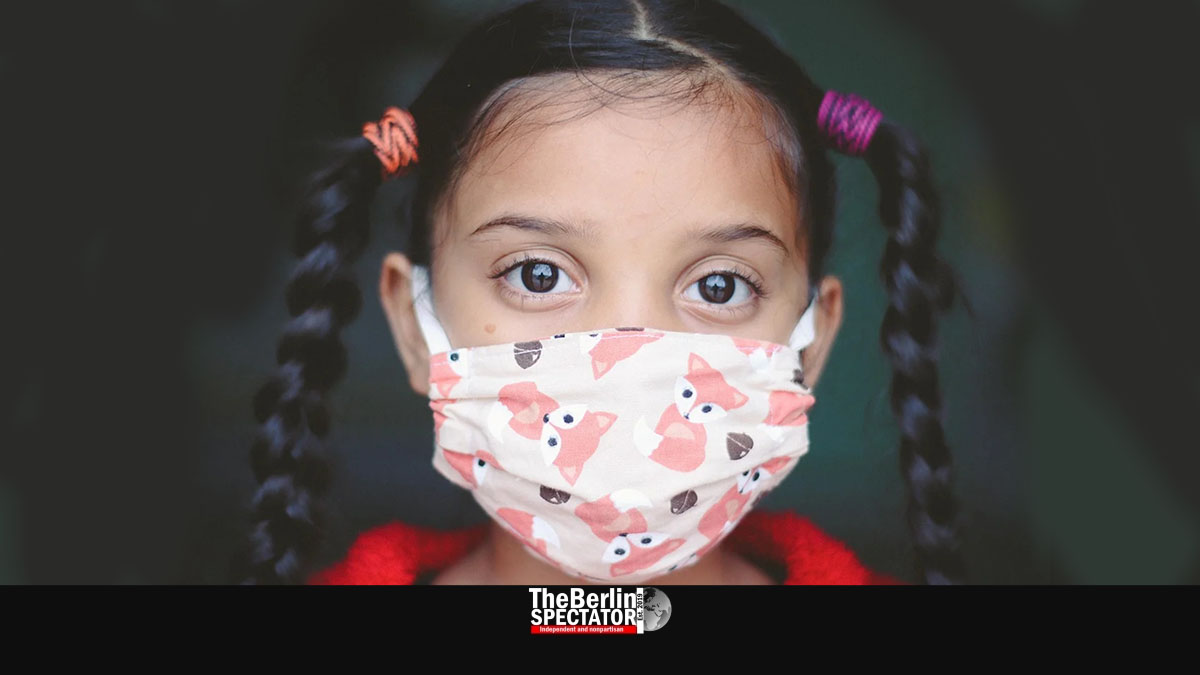 At a primary school in Berlin’s Mahlsdorf borough 13 kids and two teachers tested positive for Corona just before the summer holidays commenced. According to first indications from a laboratory, the Delta variant of the virus could be involved here.

Berlin, June 25th, 2021 (The Berlin Spectator) — The news from Mahlsdorf, a borough in the very east of Berlin, came in on the first day of the summer vacations in the city state. Thirteen schoolkids and two teachers tested positive at the BEST-Sabel primary school. In fall of last year, news of this kind would not have surprised anyone. Now that the Corona infection numbers have decreased substantially, this particular outbreak worries the authorities.

Gordon Lemm, a district councilman who is part of the Social Democratic Party (SPD), said the first schoolkid had tested positive at the end of last week. The next day, six more children from the same grade were infected with Corona. In all cases, initial rapid tests were backed up with PCR tests. The class teacher tested positive too. Now the number of confirmed Corona infections at this primary school in Mahlsdorf stands at 15. Thirteen children and two teachers tested positive.

According to Lemm, there is an even more alarming aspect: The lab which is looking into the samples from the school says there are indications the Delta variant of the Coronavirus might be to blame here. It will take until next week to confirm this suspicion. The Delta variant was first identified in India. It is said to be even more contagious than the B.1.1.7 strain of the Coronavirus. According to the Robert Koch Institute in Berlin, the Delta mutation accounts for 15 percent of all new Corona infections in Germany right now. It doubled its share within a week.

Gordon Lemm said there had not been any hygiene issues at the affected school. Besides, this outbreak did not reflect the Corona situation in his district Marzahn-Hellersdorf. In this part of Berlin, the Seven Day Incidence stands at 9.1, a bit higher than average. The Incidence for the entire city of Berlin increased a little, from 6.5 on Thursday to 7.1 today. “I hope this outbreak is an isolated case”, Lemm stated, “and that the Corona numbers will continue to decrease.” He wished the affected people a speedy recovery.

During holiday care activities for schoolkids and summer school events, no masks are required this year. But things will change once the schools open in August. The kids will have to wear masks indoors for at least two weeks. Later, the authorities will decide whether the infection situation is stable enough to get rid of those masks. Both teachers and schoolchildren will also have to get tested on a regular basis.

Germany’s Seven Day Incidence just dropped down to 6.1. Only one out of sixteen federal states, Hamburg, has a two-digit Incidence. It stood at 10.1 this morning.