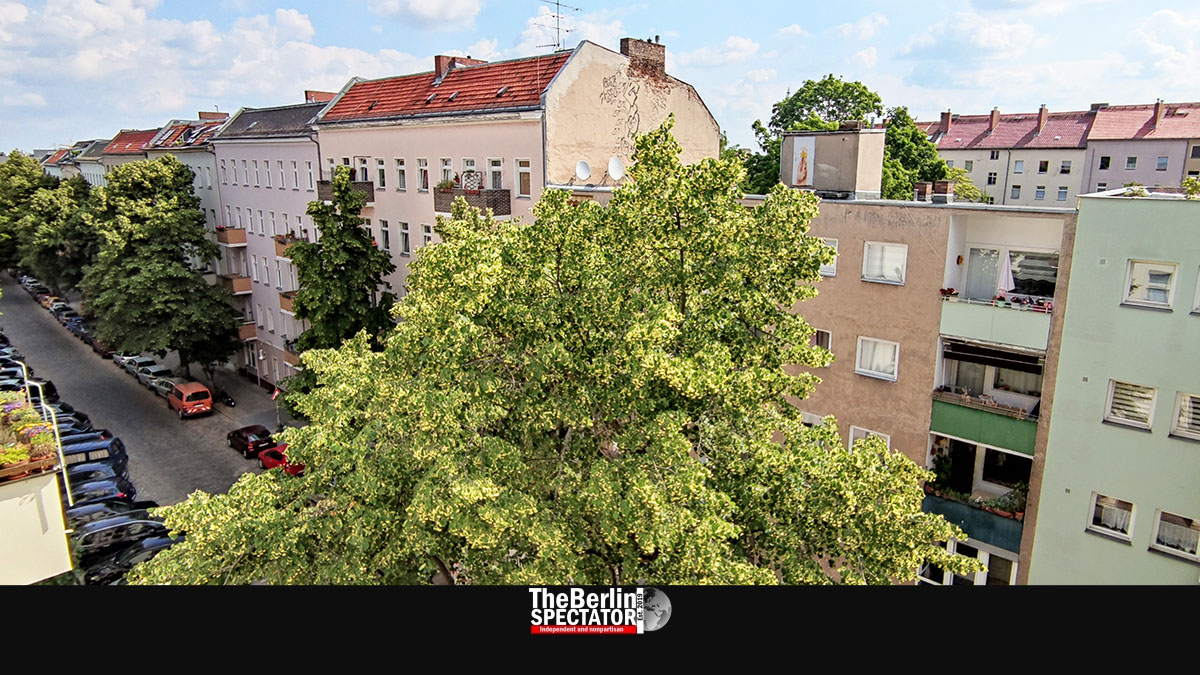 With 3.8 million inhabitants, Berlin is Germany’s largest city. This means, the usual traffic and construction noise has to be expected. But in a neighborhood located in the city’s Neukölln district, residents are fighting a lot of noise caused by a cultural center.

Berlin, June 26th, 2021. Update: June 27th, 2021, 9:27 a.m. CEDT (The Berlin Spectator) — The area around Lucy-Lameck-Strasse is one of the nicer parts of Neukölln, a Berlin district the size of an average town with 330,000 residents. People here live in the vicinity of Hasenheide park, which contributes to a good air quality with its countless trees. Bus stops, an ‘U-Bahn’ train station, supermarkets, restaurants and pubs are nearby. So, what could possibly go wrong in this kind of neighborhood? Apparently, a lot.

Yes, this is Berlin. So, there will always be some nuisance, including the bulk trash people drop on the street on a regular basis, the parking spot shortage, the guy in Lucy-Lameck-Strasse 19 who believes everyone loves the sound of his motorbike as much as he does, especially in the late evening, or those clan members who park their Mercedes ‘G-class AMG’ vehicles right on the sidewalk. These are little things neighbors have learned to live with.

But now that the Corona situation is improving substantially, the neighborhood is going through a lot. Residents in Lucy-Lameck-Strasse have not had quiet weekends in weeks. Almost every Saturday and Sunday, the ‘Oyoun’ venue organizes open air concerts the sound of which echoes through the entire street in an exaggerated volume. Even the neighbors in the last building feel as if they were standing right next to one of the loudspeakers. This situation usually continues for many hours. Mostly monotone beats dominate this streets with hundreds of residents.

No Answer from the Venue

Because of the situation, the inhabitants, including the author of these lines, cannot relax on weekends anymore, in their own apartments. They cannot work. They cannot be creative. They cannot do anything. Of course many neighbors have complained to the authorities. The ‘public order office’ tells people to call the police. The police insist they should contact the ‘public order office’ or the district authority. ‘Oyoun’ itself does not give a damn. They just tell people the venue a permission for those concerts. “Why don’t you talk to the neighbors?’ an arrogant lady told the author. Well, he did.

As it turns out, many neighbors in Lucy-Lameck-Strasse are annoyed about the noise caused by ‘Oyoun’. A woman who lives in number 17 said there was no escaping. “I do not know anything about sound, but it seems to be a lot louder up here than it is down there.” All of her windows are facing the ‘Oyoun’ venue. She wrote to the owners, but did not get an answer. An expat lady who lives further away, at the corner of Karlsgartenstrasse and Fontanestrasse, stated the venue was far too loud. So did three other women the author spoke to.

When the police finally showed up last Sunday, the volume of the monotonous music suddenly was reduced. As it turned out, ‘Oyoun’ had tuned the volume up to illegal levels all along. As soon as the officers were gone, it became louder again. But, behind the scenes, something seems to be happening. After the police visit, the venue suddenly pretended it cared about the neighborhood and invited everyone to its next loud concert this weekend. It is an obvious attempt to get away with the terrible noise it terrorizes residents with. So far, the district authority has not sent answers to those who complained. But the number of complaints they are receiving is increasing.

While ‘Oyoun’ keeps the entire neighborhood from relaxing or doing anything during the weekends, there is a source of noise at night as well, which wakes people up all the time. In ‘Hasenheide’ park, illegal parties are being celebrated almost every Friday and Saturday night, and sometimes even on Sundays and Mondays. Loud Techno beats echo through the very same neighborhood through the night. Then, between 3:00 a.m. and 6:00 a.m., some intoxicated or drugged party people throw items around and shout at each other on the street, waking everyone up.

Silke K., who lives in Fontanestrasse, slept for two hours last night, because those individuals did not let her. Early in the morning, a few men who came from one of those parties had a loud conversation on the street, right in front of her window. When she asked them to leave because she could not sleep, she was told “Heil Hitler, you c*nt.” She told The Berlin Spectator she had called the police eight times last night. “But they are powerless here.” Silke K. will not be able to make good for her lack of sleep today. First of all, she has to take part in lengthy Zoom conferences. Secondly, ‘Oyoun’ will spread its noise pollution yet again this afternoon, during another loud concert. On Sunday morning she told this publication she had stayed the night at a hotel, in order to be able to sleep.