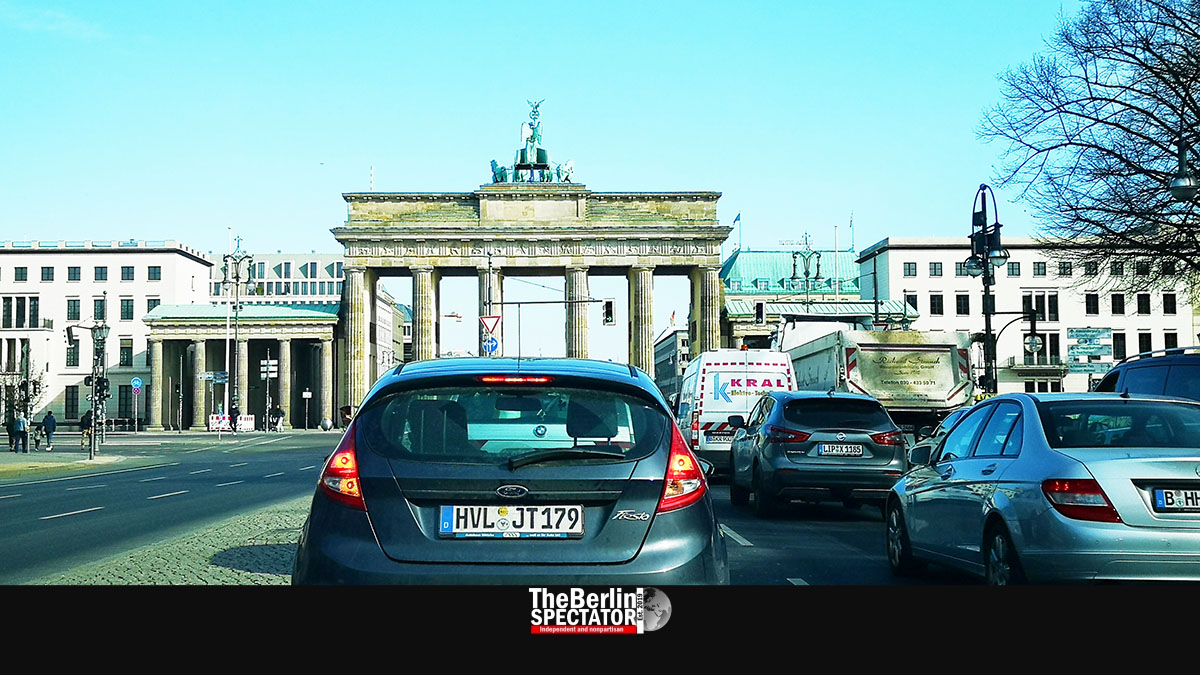 Far too many motorists in Berlin are traffic offenders. They take part in illegal car races on the streets of the capital, they drive under the influence of alcohol or drugs and ignore red lights. Many use their cell phones while driving and some do not even have a valid driver’s license. The Berlin Police Department just released its numbers for June.

Berlin, July 8th, 2021 (The Berlin Spectator) — Last year, the Berlin Police Department registered 1,169 accidents in which at least one of the persons involved was inebriated. In these accidents, one person was killed, 129 were injured badly and 402 slightly. Statistically, there are more than three accidents of this kind per day in the German capital. In 2020, as many as 312 accidents on the streets of Berlin involved motorists who were drugged. In 108 cases, the consuming of both drugs and alcohol caused accidents.

The police initiated 2,289 legal proceedings against persons who were driving under the influence of alcohol. More than 1,500 individuals were caught driving even though they had taken illegal drugs of different kinds. In short: Berliners and visitors are responsible for DUI (driving under the influence of alcohol or drugs or both) far too often. For that reason, the Berlin Police Department focused on this issue last month. The numbers are in.

In June, the police in Berlin set up 139 control points and they used 80 mobile control patrols. The numbers are sort of alarming. Last month alone, 3,812 motorists were admonished for a wide range of reasons. Thirty-one legal proceedings were initiated for DUI offenses. In 45 cases, the drivers were drugged and needed to undergo blood sampling. According to the Berlin Police Department, these offenders will have to hand in their driver’s licenses for a month and pay fines.

The worst case the police ran into in June was an individual who was driving with an alcohol level of 2.25 per mil in his blood. Driving with up to 0.5 per mil is legal in Germany, but not recommended. A judge will have to decide whether this person will be fined or sent behind bars. Cases of this kind are not being taken lightly.

Another field the police looked into is that of people on e-scooters. In June, they initiated four legal proceedings against persons who had moved around on those vehicles while they were intoxicated. The Police Department says people should be aware of the fact that riding e-scooters is legal from 14 years of age and that rules apply, including the usual maximum alcohol level of 0.5 pro mil. Consuming one beer before driving usually does not constitute a problem. But drivers should not consume more than that. Ideally, they should stick to juices, soda and water.

In June, the police in Berlin counted 2,672 offenses in moving traffic plus 2,742 of them in what they call stationary traffic. A hundred and sixteen legal proceedings are now pending. All kinds of offenses were registered, including four illegal car races, countless cases in which motorists ignored red lights or illegally used their cell phones. As always, speeding was another issue. In as many as 51 cases, drivers who were checked did not have driver’s licenses. Let’s not even mention parking violations.