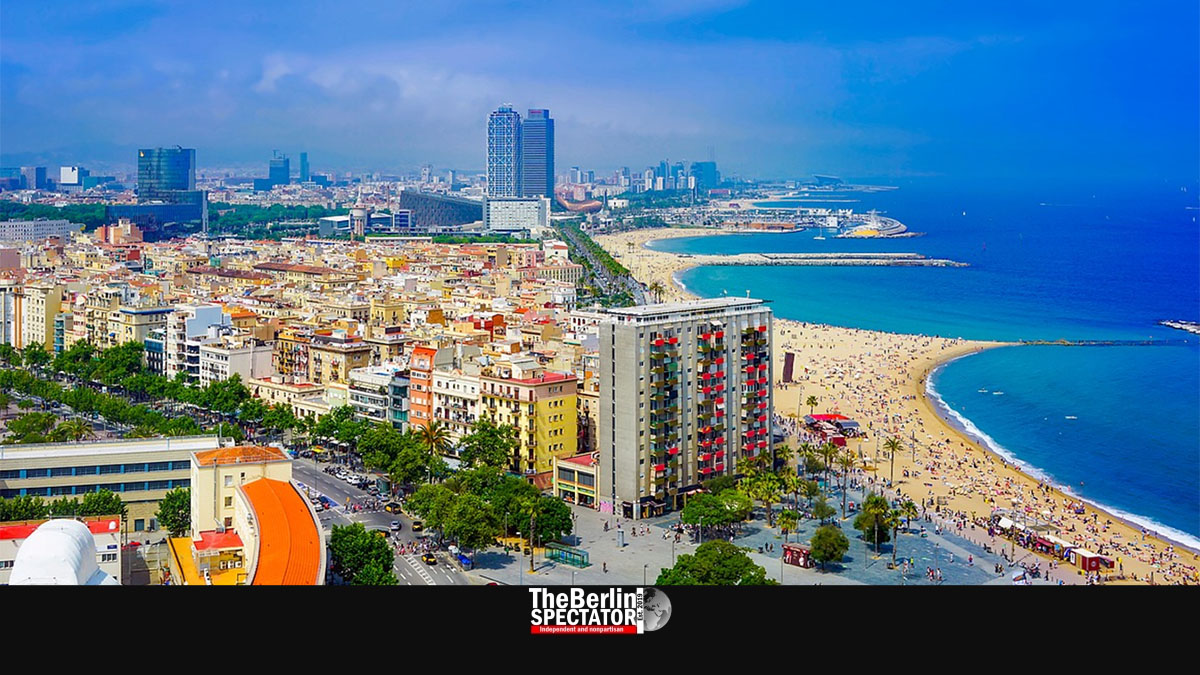 Parts of Spain already were ‘Risk Areas’ from the perspective of Germany. From Sunday, this applies to the entire country. Spain is the Germans’ favorite holiday destination.

Berlin, July 10th, 2021 (The Berlin Spectator) — Germans love spending vacations in Spain. Especially the Costa Brava in Catalonia and the island of Mallorca used to be overrun by German tourists before Corona hit. In 2020, after the first wave receded, the governments in Berlin and Madrid made tourism possible again. Maybe they should not have done so, also because hardly anyone followed Corona rules back then. Then, the number of infections rose.

This year, things looked good once the third Corona wave was over. It was supposed to be a good summer, until the Delta mutation of the Coronavirus messed things up again. Because of rising infection numbers in Portugal, German tourists returned home early. Now, this story might be repeating in Spain. Germany does not regard the country as a safe travel destination anymore, since the Seven Day Incidence down there increased to 180. That is why Spain was declared a ‘Risk Area’ by Germany.

So far, the implications are mild. From Sunday, returning tourists and other travelers who enter Germany from Spain will need negative Corona tests or certificates that prove they have been fully vaccinated against Corona. Those who do not have documents of this kind need to go into quarantine. If the numbers in Spain keep on increasing, it might even become a ‘High Incidence Area’. If this happens, everyone who enters Germany from there will have to go into quarantine for ten days. Persons who test negative after five days may end their quarantine early.

Only five days ago, on Monday, during a visit to Madrid, Germany’s Foreign Minister Heiko Maas had said there was no indication for the need of a reintroduction of mandatory quarantines for vacationers who returned from Spain. Now, the opposite happened. The situation changed rapidly.

German vacationers like to go to Cyprus as well, where the beaches and the weather are great. But the Corona situation is not. Germany just declared Cyprus a ‘High Incidence Area’. From tomorrow, returning from there will be more complicated. The same applies to Fiji. More and more tourist destinations are becoming problem zones. There are more new ‘Risk Areas’ too, namely Trinidad and Tobago, Ireland’s Mid-West and Midland regions, and Bahrain. Going to Malta just became more difficult too. The island state just pulled the emergency brake. It closed its borders to tourists who have not been fully vaccinated against Corona.

The situation in Germany itself is deteriorating as well. For a few days now, the Seven Day Incidence level has been on the rise. From 4.9 it increased to 5.8 within a few days. In the city state of Berlin, it rose from 4.9 on Monday to 7.3 today. According to the Robert Koch Institute, 952 new Corona infections were registered in the past 24 hours. Last Saturday, there were 671. The infection numbers were not supposed increase in summer. But this is what is happening.