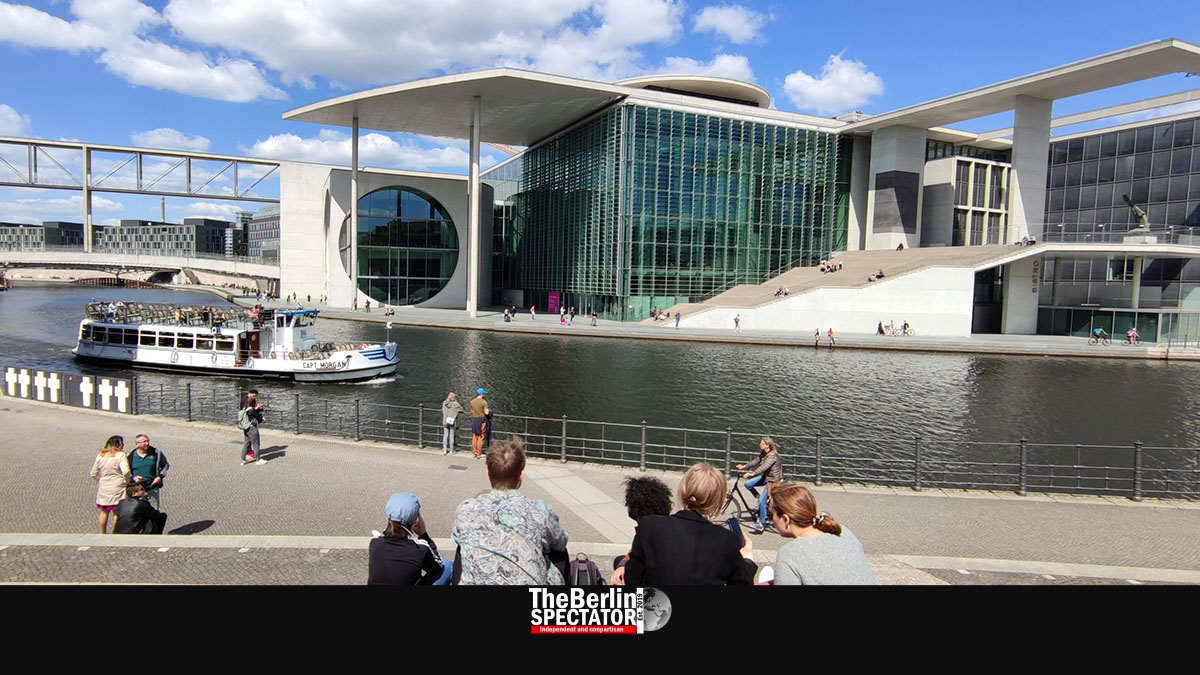 After 17 months of lockdowns and contact restrictions in Germany, this summer was supposed to be worry-free. But the situation is deteriorating yet again. The infection numbers are on the rise.

Berlin, July 11th, 2021 (The Berlin Spectator) — “Dear people, be glad about being able to go to restaurants and meet each other again. But do not exaggerate.” The Berlin Bundestag’s President Wolfgang Schäuble was the one who warned the nation in an interview with the ‘Bild am Sonntag’ publication. He said he was worried about the situation at Wembley stadium in London and at some vacation resorts. Schäuble’s worries are probably justified.

Germany has many neighbors, namely Denmark, Belgium, Luxembourg, France, Switzerland, Austria, Czechia and Poland. These are eight of them. The ninth one, the Netherlands, already feels the fourth wave. On Saturday, the Dutch RIVM Institute reported 10,345 new Coronavirus infections within 24 hours. Even in Germany, a country which is five times as big, also in regard to the number of inhabitants, this would have been really bad. In the Netherlands, it is a catastrophe. On Friday, there had been about 7,000 new cases, a week ago there were 1,000.

Because of the alarming situation, the Durch parliament just interrupted its summer break for an emergency session this coming week. Even before the MPs discuss the implications of the latest developments, the Netherlands closed its clubs again, days after they were reopened. Big concerts and festivals were cancelled. This could be a preview for what the country’s big eastern neighbor Germany has to expect soon.

Promise to be Kept

At this moment, things look a lot better there. Germany’s Seven Day Incidence just reached 6.2 after it had been at 4.9 earlier this week. The Robert Koch Institute reported 745 new Corona infections in the past 24 hours. But the Delta variant of the Coronavirus is not only dominating the Netherlands, Spain and Portugal, but also Germany. The mutation is responsible for 59 percent of all Corona infections. Soon, the numbers here could rise substantially as well, in spite of the latest good news.

Germany now has enough vaccine to fully immunize all inhabitants, according to Health Minister Jens Spahn. During the first four months of this year, the Berlin government had been accused of not having ordered enough vaccine, even though the European Commission is in charge of acquiring it for all members states. Some media had even run a campaign against Angela Merkel and her ministers because of the initial lack of vaccine. But, early on, the Chancellor had promised all Germans “vaccination offers” before the end of the summer. It looks like the promise will be kept.

But, at this point, the vaccination campaign has not advanced far enough the keep the Coronavirus, including it Delta variant, under control. So far, 81.3 million Doses of vaccine have been administered. In Germany, 58.2 percent of all residents got at least one of two required vaccinations, 42.1 percent got both of them. The pace decreased a little. In the past weeks, more than one million vaccinations per day were reported at least twice a week. This week, the daily record of exactly 975,451 vaccinations was reached on Wednesday.