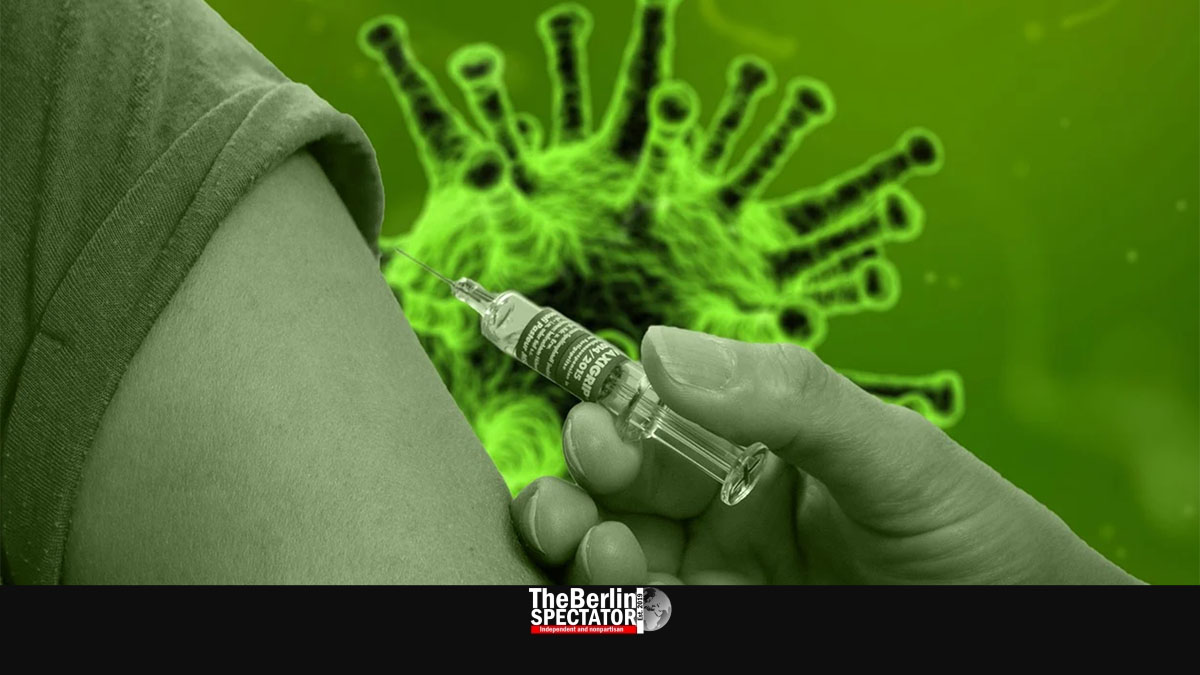 The city state of Berlin wants to make sure more people get vaccinated against Corona. Its Senate Administration of Health is taking a “more creative” approach. Hamburg is following suit.

Berlin, July 16th, 2021 (The Berlin Spectator) — Berlin is offering Corona vaccinations without appointments at Hermannplatz square in the Neukölln district from 10:00 a.m. to 5:00 p.m. today. Any Berlin resident from 18 years of age may accept this offer. An I.D. card is required. A “popup vaccination point” will be set up. Whoever goes there has the choice between the Moderna vaccine, which requires two shots, and the Johnson & Johnson product. In the latter case, one shot suffices.

Berlin is now trying to make vaccinations more attractive because the number of persons who register for immunization appointments is decreasing. Eastern European countries like Serbia and Bulgaria had offered vaccinations for everyone on the streets of Belgrade and Sofia earlier this year. So have authorities at other locations abroad. In Germany, this kind of approach outside vaccination centers or doctor’s offices is new.

The Neukölln district authority is sending a “multilingual, intercultural clarification team” to Hermannplatz today. Its members will presumably explain the advantages of getting vaccinated to residents in Turkish and Arabic as well. The communities who speak those two languages are rather large in Neukölln. There are many English speakers too.

There is more: On Saturday, July 17th, 2021, a Corona vaccination station will open on the parking outside the parking lot of a big Swedish furniture store which starts with a capital “i” and ends with “kea” in Berlin’s Lichtenberg borough. This is “a drive-in and walk-in vaccination location” which is supposed to be operational for six weeks. It will offer Moderna and Johnson & Johnson vaccinations as well. The daily opening hours are 11:00 a.m. to 9:00 p.m.. Those who choose Moderna will receive an appointment for the second shot they will receive three weeks later.

It was a good thing that Berlin was finding “creative ways” to offer vaccinations to its residents, the city state’s Health Senator Dilek Kalayci stated. Each person counted, also because of the Delta variant of the Coronavirus and the herd immunity Germany was striving for. Senator Kalayci also announced a far more hip approach to vaccinating people, namely a “Long Vaccination Night”. She told ‘RBB Inforadio’, this event would take place at Arena Berlin, a cultural venue that has been used as a vaccination canter since December of 2020. The “club scene” and younger people are supposed to be attracted this way. The idea was borrowed from North Rhine-Westphalia.

Some 285 kilometers north-west of Berlin, in the beautiful city of Hamburg, a vaccination day was announced for residents who feel like getting immunized spontaneously. On Saturday, July 17th, 2021, between 8:00 a.m. and 7:00 p.m., they can go to the vaccination center at the ‘Messehallen’, Hamburg’s fairground. There are signs that show the right way at the ‘U-Bahn’ and ‘S-Bahn’ station ‘Sternschanze’. But, in this case, the whole thing is limited to 2,000 shots, meaning the 2001st person to go there will be sent home without vaccination.