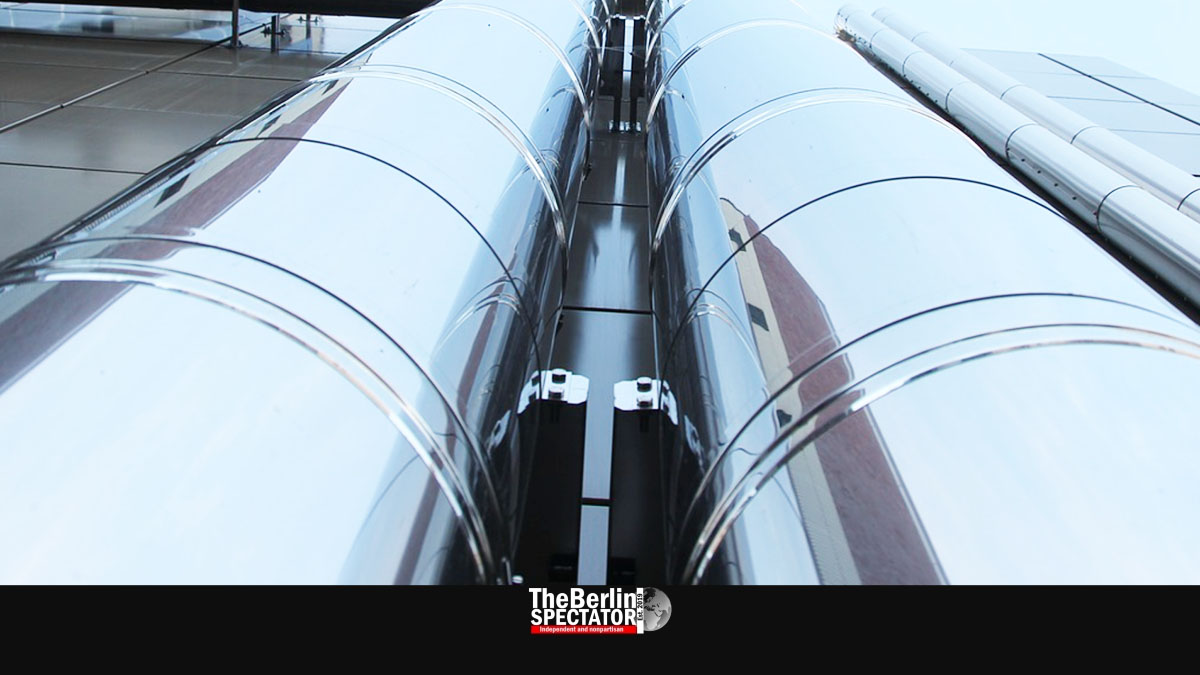 Berlin and Washington just agreed to a deal which ends the long argument about the North Stream 2 natural gas pipeline between Russia and Germany. In return, the German government has to help Ukraine.

Berlin, July 22nd, 2021 (The Berlin Spectator) — Just months before the end of her last term as Chancellor, Angela Merkel has scored a big victory. It is about North Stream 2, a project many oppose even in Germany because Vladimir Putin’s Russia benefits from it. For years, Germany and the United States have argued about the pipeline. Recently, the Americans impose sanctions on German companies involved in the project.

The deal that was just struck saves North Stream 2, a natural gas pipeline through the Baltic Sea. The White House gives up its opposition against it. In return, Germany has to apply measures which are supposed to help Ukraine, by cushioning repercussions the new pipeline could have led to for the former Soviet republic. Later this year, natural gas is supposed to flow through the pipeline, from the Russian town of Vyborg to Lubmin in Germany. North Stream 2 is 1,200 kilometers (746 miles) long.

Ukraine is an important aspect here because North Stream 2 bypasses an existing natural gas pipeline that runs through the country. For its use, Russia pays fees to Ukraine, which is money the country badly needs. Besides, it needs natural gas as well. At the same time, the annexation of Crimea by Russia has not been forgotten. Nor has the fact that more aggression on the part of Moscow cannot be ruled out.

That is why the deal Angela Merkel struck with the Biden Administration includes steps Germany needs to take in case those fears become reality, including imposing economic sanctions against Russia. From the perspective of Berlin, this is Germany’s approach anyway. There is cooperation with Russia and North Stream 2 will be completed. At the same time, there is a red line Russia cannot cross if it wants to avoid tough sanctions, including in the energy sector.

Gazprom, the Russian energy giant, will operate North Stream 2. The fact that Germany’s former Chancellor Gerhard Schröder works for the corporation and calls Vladimir Putin his friend does not look good, except on his bank statements. North Stream 1, another natural gas pipeline from Russia to Germany, has been in service since 2011. North Stream 2 is almost completed. Only a few kilometers are missing.

Of course, many countries do not like North Stream 2, including more former Soviet republics and Poland. Two years ago, the U.S. Congress even decided to impose sanctions on German companies and persons involved in the project. Former President Donald Trump made the Europeans agree to purchasing natural gas from America. Under his successor Joe Biden, the Americans suspended the sanctions for the duration of the transatlantic negotiations about North Stream 2. The deal was struck a week after Angela Merkel returned from her first U.S. visit since Biden took office.