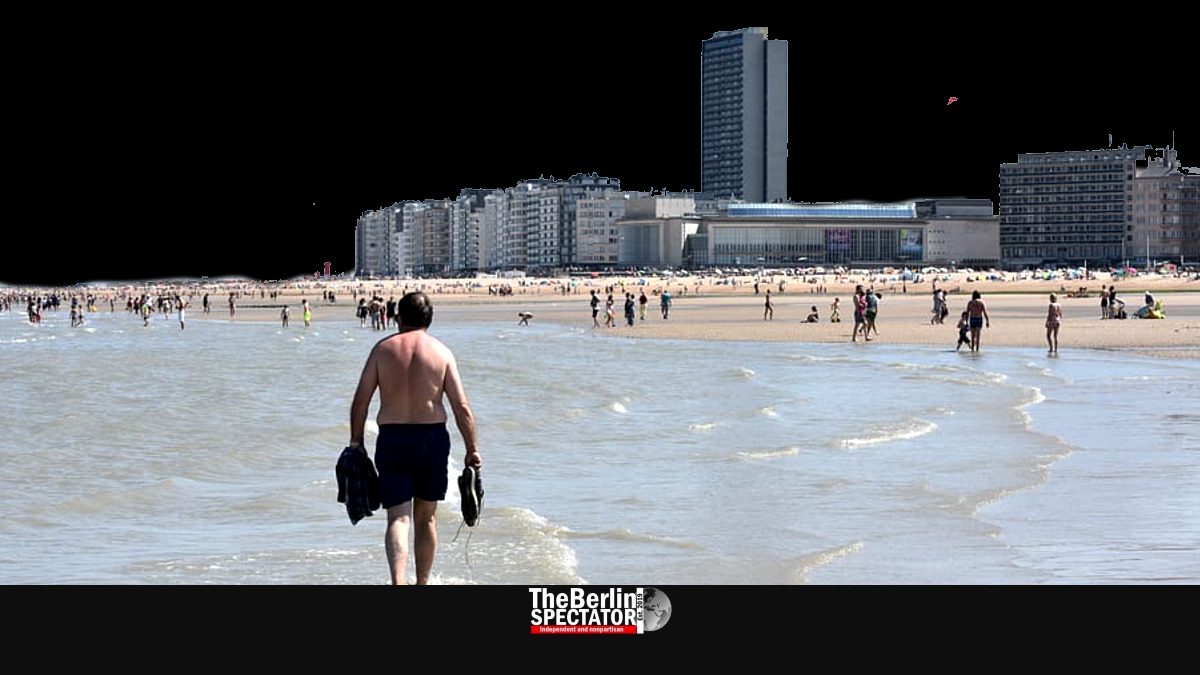 Germans travel a lot. Especially during the summer vacation, they literally invade Mallorca or Dutch campgrounds. The problem is that they are not exactly being admired. Unfortunately, the Germans are back at the beach right now.

Berlin, June 12th, 2020. Update: July 27th, 2021 (The Berlin Spectator) —  Germans love to travel, and many of them can afford it. In normal times, you meet Germans at Fisherman’s Wharf in San Francisco, on top of the Burj Khalifa in Dubai or at great gigs at the Jazz Café in London’s Camden area. They will book safaris in African countries, cruises across all oceans this planet provides or go hiking in Argentina. Hell, you might even meet these people on Saturn.

This is not about German tourists who read Nietzsche and practice sustainability, those who knit their own underwear and talk to villagers in Nepal while choking down vegan food, or Germans who have some taste and listen to Mahler live in Vienna or Al Di Meola on their iPods.

Many complaints concern German tourists who behave like imbeciles at European beach resorts. People who are drunk 25 hours per day and act accordingly, or pedantic Germans who would get up at 5:45 a.m. in order to attack the sun loungers at the hotel pool, by occupying them with their beach towels.

In 2019, just before Corona hit, the organization YouGov polled people in 26 countries, in order to establish which nationals are popular as tourists, and which tend to annoy people. Guess what: The Germans are among the top 5 of the worst tourists in all European countries, meaning people across the continent are always glad when the summer holidays are over, because the Germans will finally get the hell out of there.

German tourists are among the most hated vacationers in the country they visit most, which is Spain. A total of 17 percent of all Spaniards have an unfavorable opinion of tourists from Germany. Somehow they also manage to anger 16 percent of all Norwegians.

O.k., the Germans might be bad vacationers, but there are nationals who are even worse, namely the British and the Russians. Again, we are not talking about those who enjoy romantic candlelight dinners, who need their daily ration of Rachmaninoff or those who read Shakespeare voluntarily. In Spain and Germany, British tourists, the drinkers among them, are extremely unpopular. In Denmark, Sweden, Finland, Norway and Germany, Russian ‘drinking tourists’ are said to be the worst.

According to the YouGov poll mentioned, the Chinese are the worst tourists in Asia, including in China itself. In Singapore, two thirds of those polled see Chinese vacationers as terrible tourists. And they are not much more popular in Indonesia, Malaysia, the Philippines, Thailand, Vietnam and Australia either. Japanese tourists are the other extreme. Everyone likes them, in both Asia and Europe. They seem to be so kind and polite everyone wants to marry or adopt them.

Back to the Germans: One aspect which makes them so annoying might be their stupid complaints. In some cases, they may have a point. But when vacationers from the country of bratwurst and cuckoo clocks complain about small bath tubs, old hotel furniture or about plants which do not have enough leaves, to their opinion, something is weird. These are actual complaints the tour operator TUI received from Germans.

The best way to deal with German tourists? Wait for them to arrive at the hotel. Then lock them up in the closet with some beer and liverwurst. Or rent out the entire hotel to Germans. That way they will only annoy each other.