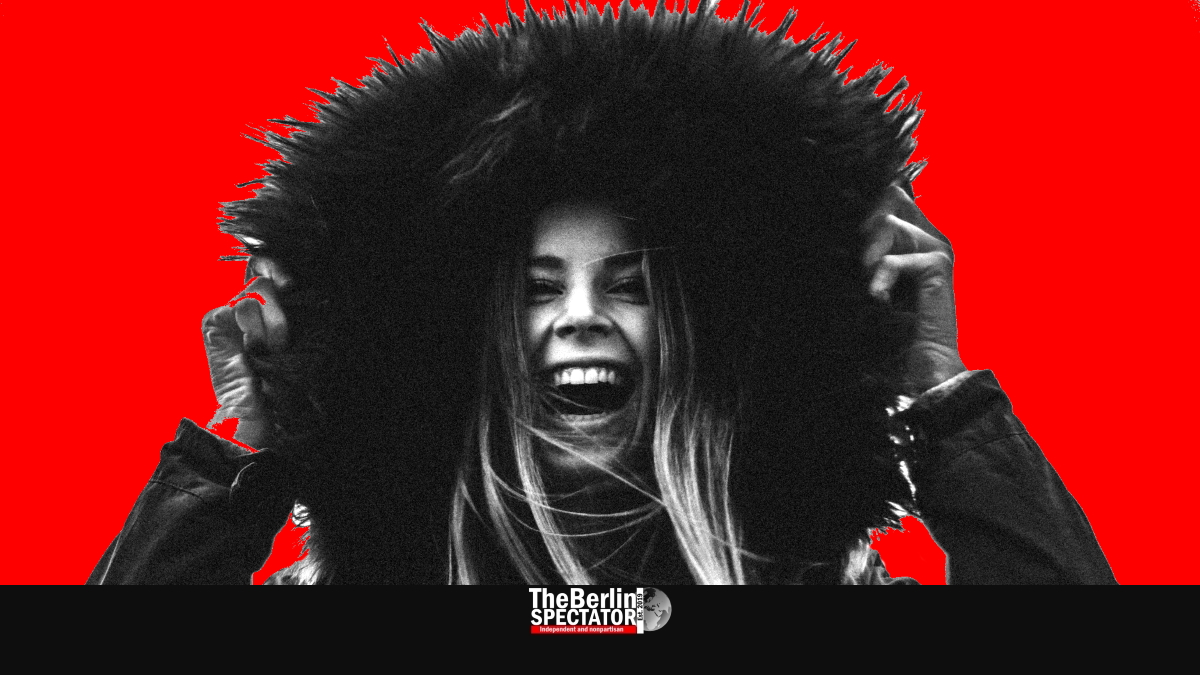 When it comes to humor, there is prejudice towards the Germans. In Britain, America and other parts of the world people believe they are rather stiff and about as funny as a tax inspection or a root canal treatment. And they are right. At least they used to be, in part.

Berlin, November 29th, 2019. Update: Munich, August 10th, 2021 (The Berlin Spectator) —  Knee-slapper humor was wide-spread in Germany for quite a while. In the 1970s and 80s, German television aired the performances of an early generation of comedians. They produced sketches many of which had a sexual twist, but they were prudish at the same time. The young generation was not really amused since the approach was antiquated.

Sure, there were good humorists too. Comedians like the late Karl Dall or Otto Waalkes contributed to making Germany more funny. In addition, some cabaret artists, among them Gerhard Polt and the late Dieter Hildebrandt, who was one of the co-founders of the political cabaret group ‘Münchner Lach- und Schießgesellschaft’, made intellectuals laugh, starting in the 1960s.

The late Vicco von Bülow, also known as Loriot, delivered more intelligent humor. He became one of the most important German humorists during the 1950s and played a big role during the last five decades of the 20th century. He probably was the most multifaceted German jester ever.

Not only did he record countless TV sketches, but he drew figures, wrote texts for them and turned them into books and cartoons, which became very popular. He also made full-length motion pictures that made many Germans laugh. All generations know his material.

Loriot, who was born in the beautiful town of Brandenburg an der Havel located close to Berlin, made fun of himself, but also of everyone else. He held up a mirror to the Germans and showed them their little flaws. Luckily, he did not forget the big ones either.

In one of his classic sketches, a man turns an elegant living room into rubble while he tries to straighten a picture on the wall. In another, a very similar character, played by Loriot himself, is trying to tell a lady he loves her during a romantic candlelight dinner, with a noodle stuck to his nose. Every German knows Loriot’s stuff.

In the 1990s, when independent TV channels delivered modern comedy shows with American or British concepts, young Germans rolled on the floor laughing (yes, ‘ROFL). ‘RTL Samstag Nacht’ was a show that basically copied the concept of the U.S. show ‘Saturday Night Live’, with a lot of success.

‘Freitag Nacht News’, another good show, was built on the basis of ideas from America as well. Even the germanized version of stand-up comedy from the English-speaking world spread quite quickly, thanks to Thomas Herrmanns’ ‘Quatsch Comedy Club’ and other projects.

Exceptional artists who answer to the names Hape Kerkeling, Piet Klocke, Atze Schröder or Jochen Malmsheimer did and still do excellent stuff too. Malmsheimer is a powerful German language artist, Klocke is the confused professor type, Kerkeling defies description and Schröder is a born stand-up comedian and a bigmouth. Wolfgang Trepper, yet another gifted humorist, comes up with a unique mix which involves the American stand-up comedy approach, political satire and insult comedy nobody else in Germany delivers.

More and more female stand-up comedians are invading stages as well. One excellent example is Caroline Kebekus. With her full evening presentation ‘Pussy Terror’, she even got her own TV show. Her latest program ‘Pussy Nation’ is just as successful.

On stage, she talks about real life, including farting ladies and other taboo subjects, but also deals with macho types, the emancipation and what it has led to. “Our mothers burnt their bras, but we stand in line in order to get casted for misogynistic TV shows”, she says. With Caroline Kebekus, comedy meets social criticism and provocation.

There are a few great satirical TV news shows today: The ARD presents ‘Extra 3’ with Christian Ehring, while the ZDF’s ‘Heute Show’ with Oliver Welke has already become an institution. Both shows are very well made.

Germans also loved imported humor, delivered by Laurel and Hardy from Hollywood, Luis de Funès from France or Mr. Bean from the United Kingdom. Let’s not even mention Buster Keaton, Charlie Chaplin and comedies on the screen, such as ‘A Fish Named Wanda’ or ‘The Animal House’.

Until 2008, there was one humorous concept from the United States which had not yet been successfully adapted in Germany. The satirical newspaper ‘The Onion’ has made Americans laugh for 30 years now, first as a printed publication and later online. It was only a matter of time until the right person was going to launch a comparable website in Germany.

That person turned out to be Stefan Sichermann who worked for an advertising agency when this spontaneous idea came to him. He founded ‘Der Postillon’, a satirical newspaper in German, in 2008, which he ran on his own. A few years later, it had become a full-time job. Today, ‘Der Postillon’ has been online and successful for 14 years.

Just a few years into its endeavor, ‘Der Postillon’ posts on Facebook and other social media were shared hundreds of thousands of times. The whole thing was literally exploding. Actually, Germany’s main satirical newspaper has better numbers than some of the larger German-language (real) news sites.

Running a satirical news site and making it successful is a thin red line in the sense that developing just the right kind of humor is essential. It has to be positioned somewhere between ‘informed and intelligent’ on the one hand, and ‘low-level stuff’ on the other. It should be stupid, but in an intelligent way. Another difficult task is not to fall into the cliché trap.

Over the years, ‘Der Postillon’ developed into a satirical site of the kind almost everyone liked, including workers, students, politicians and journalists working for conventional media. In fact Sichermann’s ‘news’ were so good even prominent Germans and foreign media fell for them.

In 2014, after Germany’s soccer team had defeated the Brazilian one 7:1, ‘Der Postillon’ reported a pub owner who had promised all of his guests a free schnaps for every German goal had gone bankrupt. A Russian media organization believed the article was accurate and spread it all over the place.

The content of Germany’s most prominent satirical news website consists of articles which look and sound like real ones, at first glance, and headlines that contain word games. A piece entitled “49 Things You Should Never Say After Having Sex” delivers valuable advice. One report of theirs says the German government was publishing a “nude calendar”, for which Chancellor Angela Merkel and other prominent politicians had been photographed naked.

‘Der Postillon’ reported a railroader strike had not been noticed at all, since the trains had had their usual delays. At Ikea, a lady had only purchased the one item she had wanted to buy. The workers building Berlin’s BER Airport had returned from their lunch break eight years late.

‘Looking for Freedom’ in Korea

The world is definitely more interesting when David Hasselhoff, whose terrible song ‘Looking for Freedom’ was big in Germany, is about to perform a gig at the Demarcation Line between the two Koreas, when the Grim Reaper just died of overwork, when women are facing discrimination because men pay less for tampons, or when divers find a treasure chest full of Bitcoins in a centuries old pirate ship on the ocean floor.

‘Der Postillon’ is growing. An English version called ‘The Postillon’ was established some two years ago. Some articles are truly funny (“More dirt, more inclines: plans to redevelop Anaheim to suit SUVs”).

The publication is on the radio as well, and it spreads its TV news on Youtube. But the very best project Sichermann is running is the original website. Apart from publishing all of this funny nonsense, he exposes the BS some politicians pull and makes readers rethink weird aspects in life.