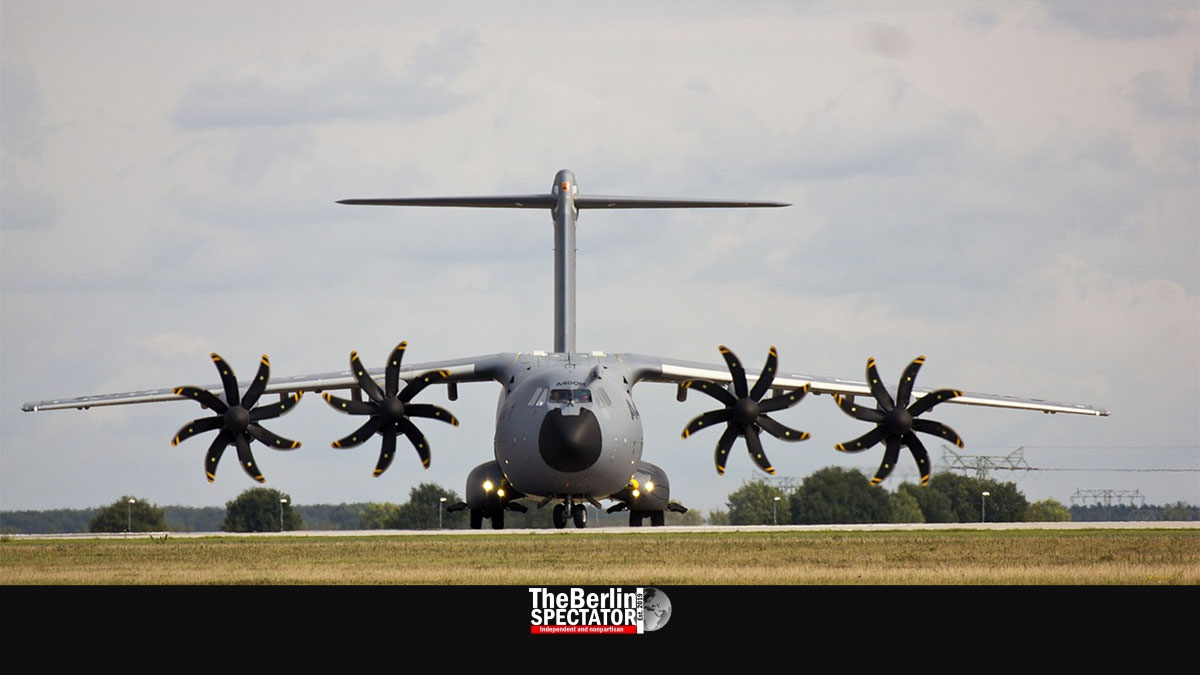 Shortly before the Taliban are expected to invade the Afghan capital of Kabul, a German special forces team is supposed to get German nationals out of there quickly. According to ‘Bild am Sonntag’, the mission will commence on Monday.

Update August 15th, 4:26 p.m.: After the Taliban reached the outskirts of Kabul earlier than expected, Foreign Minister Heiko Maas says the German embassy staff would be waiting at the military part of the airport in the Afghan capital. Some of them are supposed to help other German nationals to leave the country. Germany’s armed forces, the Bundeswehr, are preparing for the evacuation.

Berlin, August 15th, 2021 (The Berlin Spectator) — The Bundeswehr is launching an operation to evacuate German nationals who worked at the embassy in Kabul until now. As soon as tomorrow, the German Air Force will send several aircraft to Afghanistan from Tashkent in neighboring Uzbekistan. According to German-language media, a special forces division which is part of the Bundeswehr is supposed to make sure the evacuees get out of Afghanistan safely.

‘Prepared for All Scenarios’

The ‘Bild am Sonntag’ weekly reported, the evacuees were going to be flown home to Germany in charter planes from Tashkent. For the actual evacuation from Kabul, the Air Force is planning to use several Airbus A400M dual use aircraft. They serve as troop transporters and freighters. The armed forces would support the Foreign Ministry, Germany’s Defense Minister Annegret Kramp-Karrenbauer promised.

Foreign Minister Heiko Maas told ‘Bild am Sonntag’, the evacuation had the highest priority. This was about safety of the embassy staff. Everything would be done to make sure the embassy staffers would not fall into the hands of the Taliban. “We are prepared for all scenarios”, Maas promised.

Ahead of the operation, there is a problem: In order to go ahead, the government needs a mandate by the Berlin Bundestag. Waiting for it is not an option in this case, since the Taliban are about to capture Kabul. For this reason, the parliament was supposed to vote on the mandate afterwards, ‘Bild am Sonntag’ reported. This is an unusual procedure, but the dangerous situation warrants an unconventional approach in more than one way.

Most recently, the Islamist Taliban recaptured Pul-i-Alam, the provincial capital of Logar province, which means they were only 50 kilometers (31 miles) from Kabul. The fact that the evacuation operation will not commence immediately, but rather tomorrow, has to do with the preparation time it requires.

The United States of America just sent thousands of soldiers back to Afghanistan temporarily. They are supposed to make sure the evacuation of their embassy staff can proceed. Of course, the ongoing evacuation operations and the fact that the Taliban are about to control Kabul again show that the 20-year military mission in Afghanistan has hardly changed anything. It commenced after the terror attacks of September 11th, 2001, because the Taliban were harboring Al-Qaeda members.