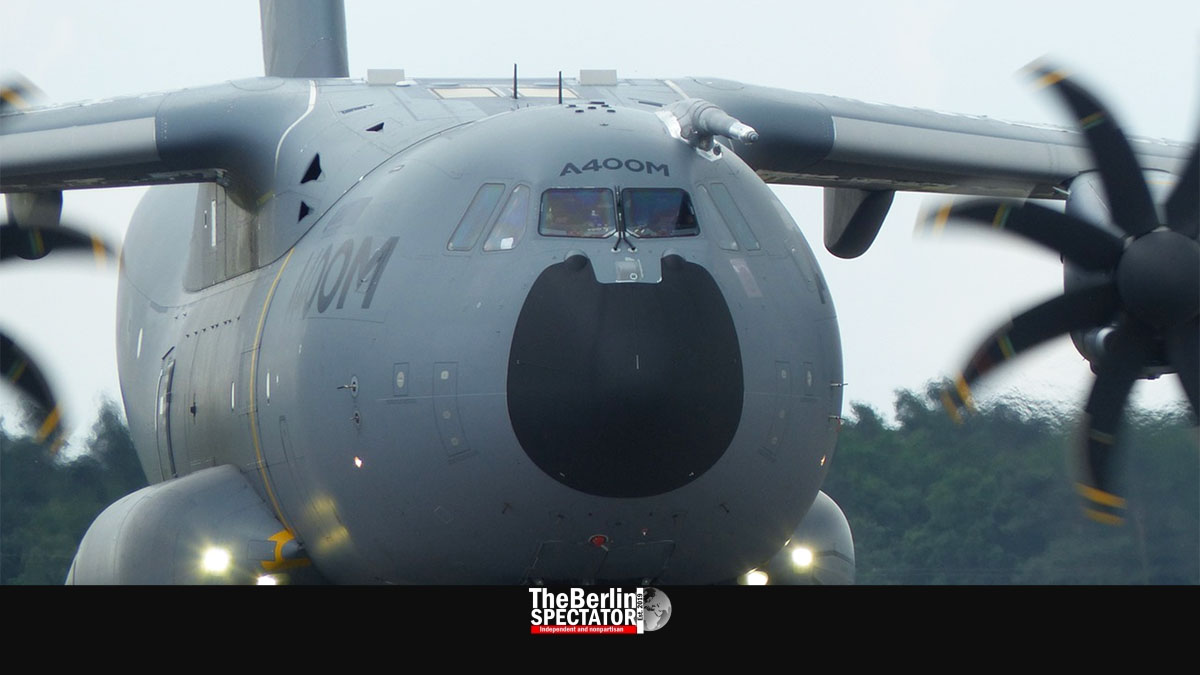 Because the Taliban took over Kabul a lot sooner than expected, Germany just preponed the beginning of the evacuation of its nationals from there. The first Air Force planes headed for Afghanistan some hours ago.

Berlin, August 16th, 2021 (The Berlin Spectator) —  “The footage that is reaching us from Afghanistan is really hard to tolerate”, Germany’s Foreign Minister Heiko Maas said in Berlin. He announced, a crisis team had been in contact with embassy staff members at the military part of Kabul’s airport. The safety of German nationals and “people we have cooperated with in the past years” needed to have the highest priority.

Maas stated some German citizens would be flown out of Kabul immediately. Several German Airforce planes were supposed to take off towards Afghanistan last night. Originally, the evacuation of embassy staff members was scheduled to commence today. Because the Taliban entered Kabul much earlier than expected, the operation was preponed. According to Heiko Maas, the Bundeswehr, Germany’s armed forces, will facilitate the “evacuation process”.

An unknown number of Germans would be “flown to a neighboring country first”, the Foreign Minister explained. Civil aircraft would be provided for flights from there to Germany. According to several German media, the first 40 Germans were flown to Qatar on American aircraft last night. Some embassy employees are supposed to stay in Kabul for now. Their mission is to provide support for the ongoing evacuation. Everything would be done to let German citizens and former local employees leave Afghanistan, Maas promised.

He also said there was a close international cooperation. The German government was “in close contact with the United States of America and other international partners”, also because the conditions under which the evacuation would take place were hard to predict. All states involved had agreed to support each other during the evacuation. Germany had already helped other countries and was accepting help as well.

Newspapers and politicians in Germany criticized both the military operation in Afghanistan which started 20 years ago, and the way the pullout of troops was organized by the United States and other countries. Norbert Röttgen, a prominent member of Chancellor Angela Merkel’s conservative CDU, told the ARD radio and television network there had been a “big failure” on the part of the West.

According to some reports, shots were fired at Kabul Airport on Sunday. The Germans and citizens of other western nations are being protected by the U.S. Army. Since the evacuation might take days, the international partners who just pulled out of Afghanistan will have to hold the secured area for a while.