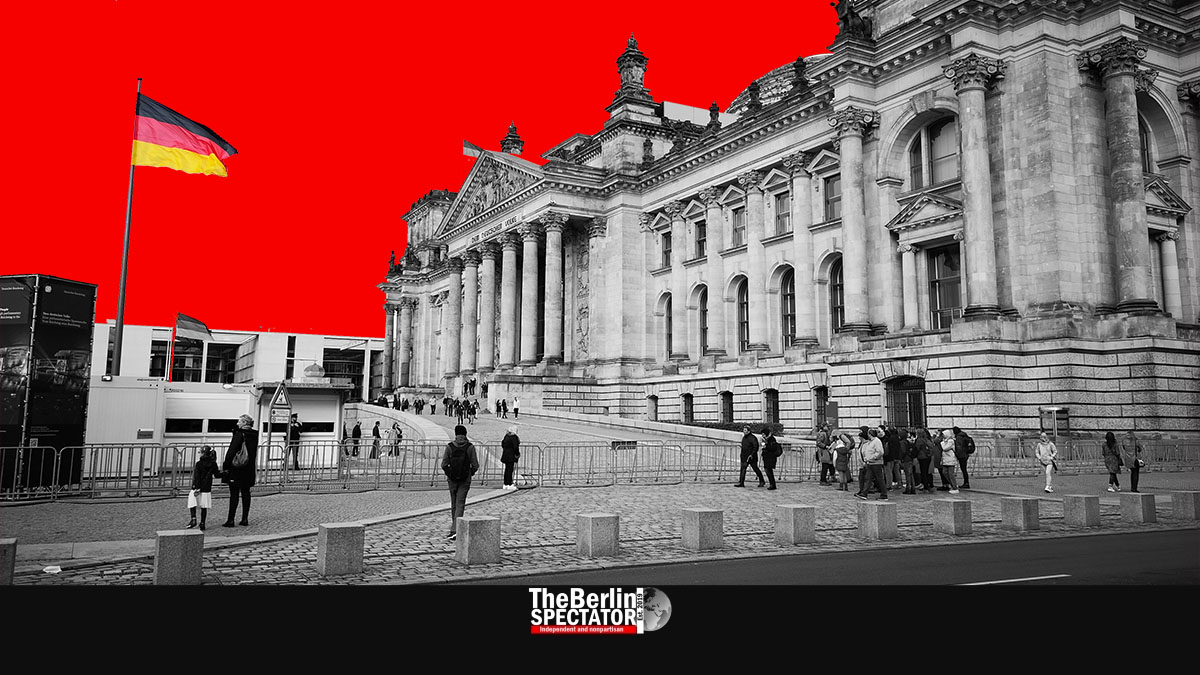 Thirty-seven days before the elections for the Berlin Bundestag, it is unclear who will head the next federal government in Germany. According to the latest polls, the race between the Social-Democratic candidate Olaf Scholz and his Christian-Democratic competitor Armin Laschet is open.

Berlin, August 20th, 2021 (The Berlin Spectator) — Just a week ago, things still looked sort of acceptable from the perspective of Armin Laschet, the candidate for Chancellor for the conservative CDU and its Bavarian version CSU. His advance was still big enough to sleep well at night. It seemed clear that he would head the next government.

This was not only what the German conservatives relied on, but also their competitors. Less than a month ago, in an interview with the ARD radio and TV network, the center-right FDP’s chairman Christian Lindner said it was a foregone conclusion the CDU would win. And he was right at that moment. But now, the race for the chancellery is a whole new ballgame. There are no foregone conclusions anymore. Besides, some strategists and candidates probably do not sleep that well.

More and more, Armin Laschet is the unwanted candidate in a wanted party, the CDU. Olaf Scholz is the wanted candidate in an unwanted party, the SPD. This is the exaggerated version. Laschet, the First Minister of North Rhine-Westphalia, and Olaf Scholz, Germany’s Finance Minister from Hamburg, are in a suspenseful race. Because only few voters really want Laschet, they are turning away from the CDU in big numbers. Scholz’ center-left SPD benefits from the problem the competition is confronted with. Unless the conservatives change horses while hitting the home stretch, things might not end too well for them.

The Green candidate Annalena Baerbock seems to be trailing behind. She and her people made several mistakes in the election campaign which cost them a lot of support. At the same time, a growing number of mostly young environmentalists in Germany want a more radical approach than the Greens are ready to commit to. Nobody has the faintest clue whether Mrs. Baerbock and her team will manage to alter the course in the next 37 days. If they do, this could become a three-way race.

In the past 48 hours, the results of three polls were published. One of them, conducted by the Allensbach institute, still sees the CDU ahead. They give the conservatives 27.5 percent versus 19.5 for the SPD and 17.5 for the Greens. But two more polls which were done by Kantar and Forsa got very different results. According to those, the CDU is at 22 to 23 percent, while the SPD stands at 21 and the Greens at 19.

These polling results say a lot. If they turn out to be accurate, either Laschet or Scholz will head the next government. What seems certain is that there will not be another grand coalition (CDU and SPD) because they do not have enough votes. The same applies to a “black-green” or “green-black” model (CDU and Greens) some conservatives wanted. These are the coalition options, from today’s perspective:

> CDU, SPD and FDP (“Germany coalition”, because the colors of the parties are the ones of the German flag)

Red-red-green is probably the least likely option because of the far-left ‘Die Linke’. Its election program is incompatible with the SPD, the Greens and all other parties.

September 26th, 2021, is Super Sunday. Apart from the elections for the Bundestag, there will be state elections in Berlin and Mecklenburg-Hither Pomerania as well as local elections in Lower Saxony. On top of it all, a referendum about dispossessions of large real estate companies will be held in the city state of Berlin.