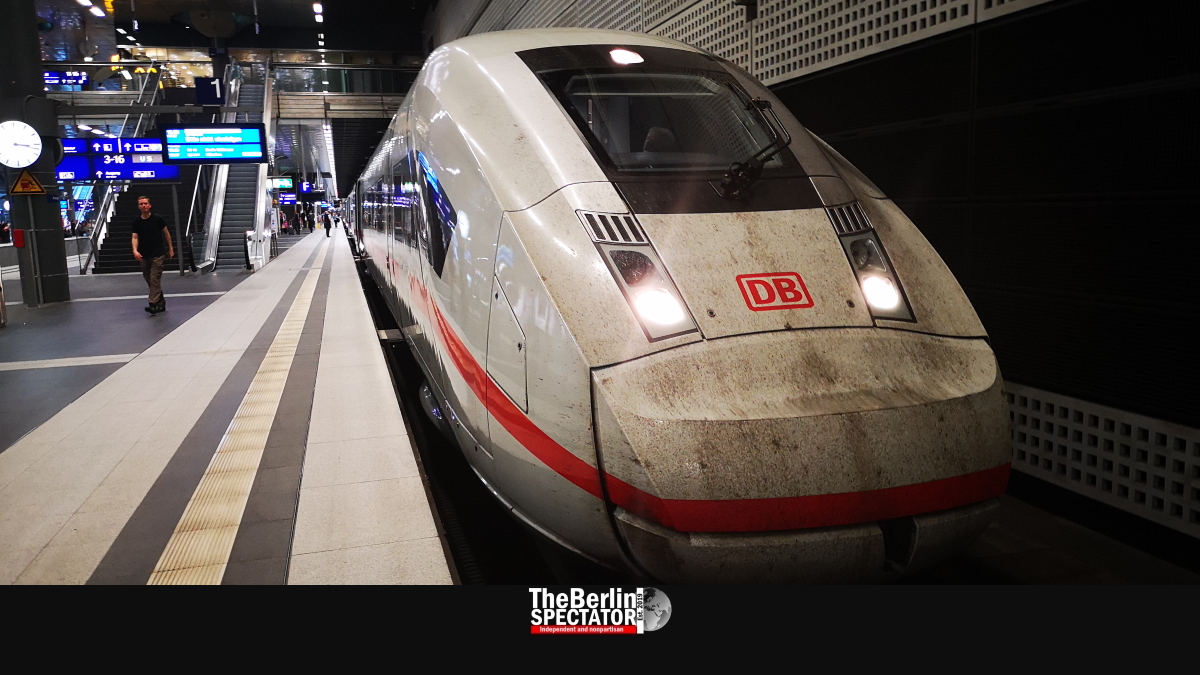 Just a week after its first walkouts, the union GDL announced a new strike its members, train drivers employed by Deutsche Bahn, will go on. As soon as today, freight trains will be affected. Next week, most passenger trains will not be in service.

Berlin, August 21st, 2021 (The Berlin Spectator) — For the second time this month, Deutsche Bahn’s locomotive engineers will go on strike today. The German Train Driver’s Union GDL announced, freight trains would be affected from 5:00 p.m. today. On Monday at 2:00 a.m. CEDT, the enginemen who usually drive passenger trains are supposed to join the walkouts which will last until Wednesday morning.

The GDL demands a pay raise of 3.2 percent for train drivers, and a one-time Corona bonus in the amount of 600 Euro (703 U.S. Dollars or 508 Pounds Sterling) per employee. Deutsche Bahn does not agree. The state-owned company is ready to increase wages by 1.5 percent in January and another 1.7 percent in early 2023, but the unions wants the raise right now.

Locomotive engineer strikes always lead to a chaos. This applies even more during the summer vacations many of Germany’s federal states are still on. In Hesse, Rhineland-Palatinate and Saarland, the holidays end on August 27th. The strike will definitely affect vacationers.

Some Trains in Service

Deutsche Bahn released a statement in which the company said the strike was an unnecessary burden for its freight customers and passengers. Instead, the GDL needed to have the courage to return to the negotiating table. The union blamed Deutsche Bahn, which had not come up with an improved offer. According to the GDL, passenger trains will be in service this weekend because of the holidays.

Just like last time, Deutsche Bahn announced it would try to keep 25 percent of all passengers trains in service. Whether this will be even possible remains to be seen. Holders of tickets for specific trains may use them on others. Some ICE bullet trains and other connections between large cities are supposed to run every two hours during the strike. This includes trains between Berlin and Cologne, Berlin and Munich as well as Berlin and Frankfurt. Between Monday and Wednesday morning, some trains will be in service between Hamburg and Frankfurt as well, and between Hamburg and Cologne.

Private train companies are not affected, but Berlin’s S-Bahn city train is. Here, Deutsche Bahn wants to keep 40 percent of all trains moving. It is hard to say whether there might be a breakthrough at the negotiations anytime soon. In theory, there could be yet another strike soon.