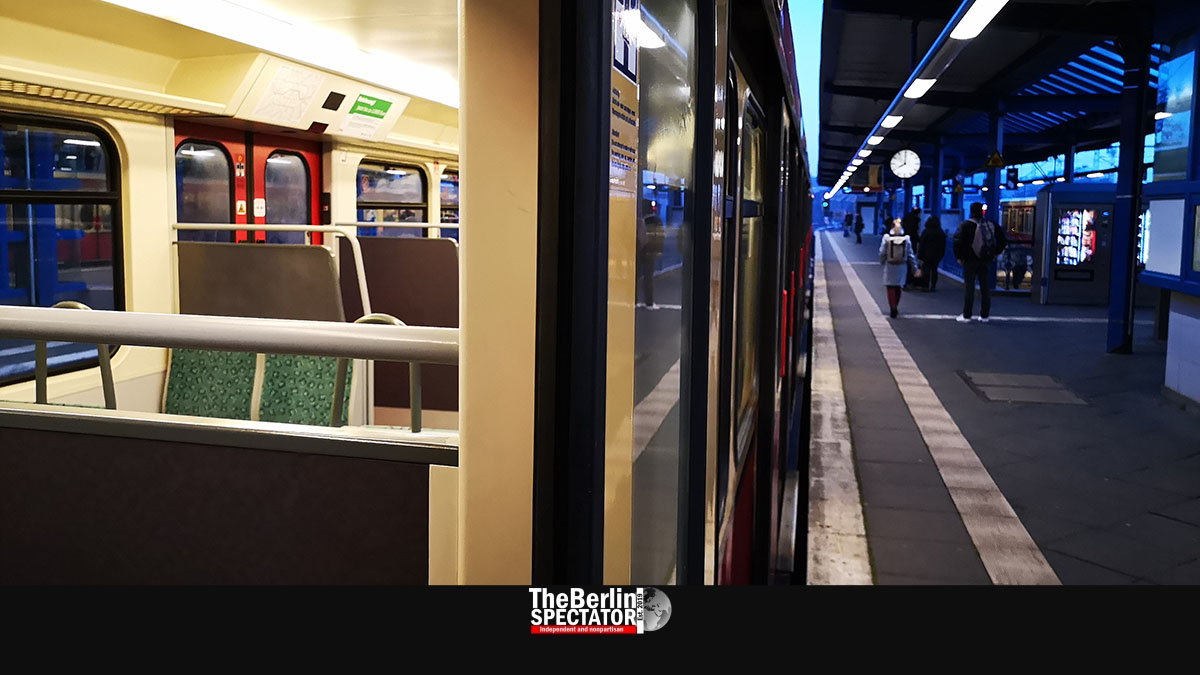 At Deutsche Bahn, most locomotive engineers are participating in walkouts until Wednesday. For the second time this month, most trains are being cancelled. The strike is causing a big mess all over Germany.

Berlin, August 23rd, 2021 (The Berlin Spectator) — A new strike organized by the GDL, a union that represents 80 percent of all locomotive drivers at Deutsche Bahn (DB), is causing major traffic disruptions in Germany. The union insists on a pay raise of 3.2 percent for train drivers and and a one-time Corona bonus of 600 Euro (703 U.S. Dollars or 508 Pounds Sterling) for everyone. A new offer by Deutsche Bahn was just rejected.

The strike affects vacationers and commuters all over Germany. Deutsche Bahn announced it would provide a “reliable basic offer” in regard to train connections. Still, the company said it could not guarantee all travelers would reach their destinations in this situation. This statement sounded contradictory. Travelers were asked to postpone their long-distance trips planned for Monday and Tuesday. On Wednesday at 2:00 a.m., all trains are supposed to be in service again, but it usually takes a few days until everything is back to normal.

In spite of the strike, DB intends to run its shuttle train to the island of Sylt according to schedule. The same applies to international trains, including the ICE connections from Frankfurt and Cologne to Brussels, Amsterdam Paris and Marseille. Some EC, IC and ICE trains to Zurich, Budapest, Vienna, Verona and Prague are supposed to run too. Passengers on their way to Denmark and Poland will be taken across the border on buses.

DB expects that the few trains that are in service will likely be full. Passengers were asked to reserve seats whenever possible and to be considerate, also because of the Corona situation. Tickets for Monday and Tuesday, August 23rd and 24th, 2021, may be returned for full refunds or changed without charge.

The better part of Germany’s regional train network is affected as well. Here, DB wants to keep one in four scheduled trains in service. Whether the state-owned company will actually be able to do so under these conditions is unclear. Private railway operators, both regional ones and long distance offers such as FlixTrain, still run all of their trains.

In some big cities, the ‘S-Bahn’ city train system run by Deutsche Bahn is being messed up by the walkouts. DB said it would keep one third of Hamburg’s ‘S-Bahn’ connections in service. All lines are affected, including the ones from Poppenbüttel to Wedel, from Harburg to Pinneberg and from Aumühle to Elbaustrasse.

The same applies to the ‘S-Bahn’ in Berlin. According to a separate statement by Deutsche Bahn, the lines S26, S41, S42, S45, S47 and S75 will not run at all. Trains on the remaining lines are supposed to leave every 20 minutes. All trams, buses and ‘U-Bahn’ trains operated by Berlin’s main public transport provider BVG are running according to schedule.