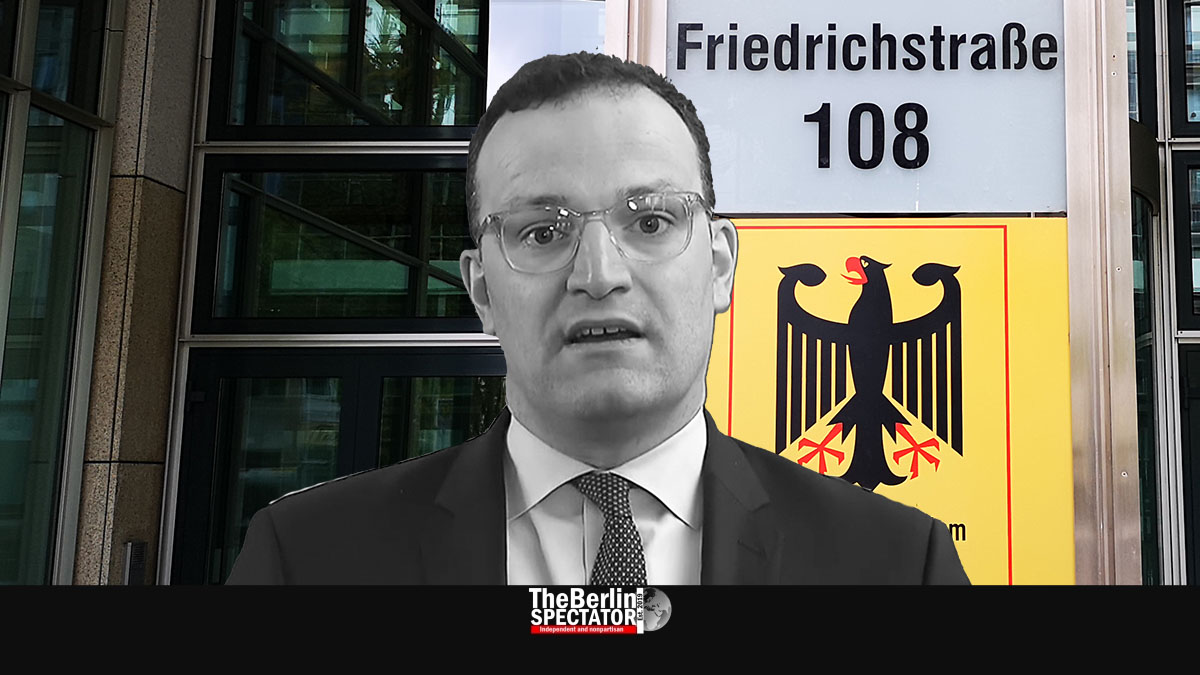 Germany’s “epidemic emergency situation” was just prolonged. The regulation gives the government the right to impose restrictions on people because of the danger the Coronavirus still poses to everyone. The opposition at the Bundestag is not happy.

Berlin, August 26th, 2021. Update: 11:12 a.m. (The Berlin Spectator) — In Berlin, the Bundestag prolonged a regulation called “epidemic emergency situation of national relevance” until November. This means the federal government and Germany’s federal states still have the right to put in place restrictions for the greater good in the ongoing Coronavirus pandemic. A total of 325 MPs, mainly members of the government parties CDU/CSU and SPD, voted for the prolongation of the regulation, 253 opposed it. After the elections in late September, the new Bundestag might have to look into the “epidemic emergency situation” again, depending on the Corona situation.

Before the vote, the opposition slammed the government for its Corona policy. The extremist right-wing AfD demanded an immediate end to the “epidemic emergency situation”. For the Greens, Manuela Rottmann accused the government of acting in a “chaotic and inefficient fashion”. All opposition parties said there was no basis for prolonging the emergency situation, in spite of the fact that the Corona infection numbers have been rising for weeks. Just recently, the Robert Koch Institute confirmed Germany was in the fourth Corona wave.

Health Minister Jens Spahn, who is part of Chancellor Angela Merkel’s conservative CDU, said at the Bundestag the pandemic was not over. He appealed to the public to get vaccinated. Up to now, 100 million doses of vaccine have been administered in Germany, but less than 60 percent of all Germans are fully vaccinated. In order to reach herd immunity, at least 85 percent are needed. Spahn stated, vaccinations were the way back to normality. He said a “pandemic of the unvaccinated” could overburden Germany’s health system.

Spahn is supposed to come up with a new concept in regard to the evaluation of the Corona situation. So far, the Seven Day Incidence is the main indicator. It shows how many people per 100,000 inhabitants got infected within the past seven days. The departing government wants to add more data, including the occupancy rate at hospitals. Since the Corona pandemic hit Germany 576 days ago, things have changed. The number of Corona patients who are being treated at intensive care units is rising again, but not nearly as quickly as it did during the first three Corona waves. In spite of this fact, experts believe Germany’s ICUs could become overcrowded if the numbers rise too much.

In the past 24 hours, the Robert Koch Institute (RKI) reported 12,626 new Coronavirus infections in Germany, some 30 percent more than last Thursday. At 6:00 a.m. this morning, the national Seven Day Incidence was supposed to be 33.0, according to the RKI. This mistake was corrected later. The actual level is 66.0.

By now, the Incidences in two cities in North Rhine-Westphalia (NRW), namely Leverkusen and Wuppertal, exceed the 200 mark. As many as 46 counties and cities, out of a total of 412, have Incidences above 100. NRW, the largest of Germany’s sixteen federal states, stands at 122.3.