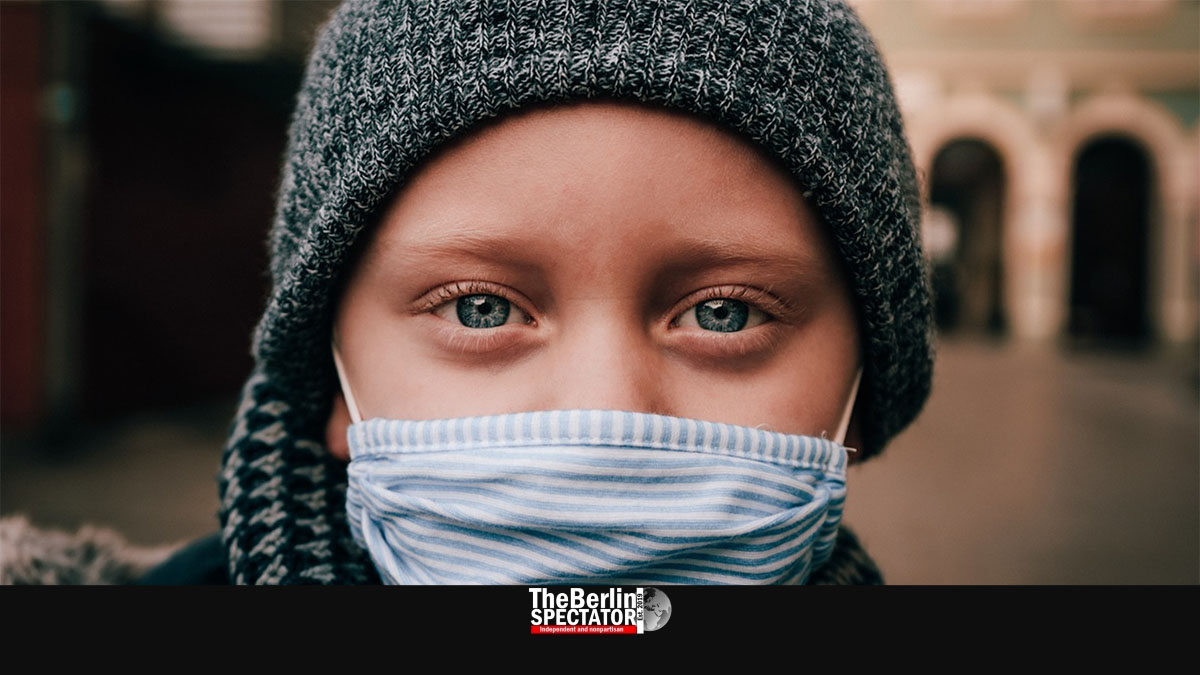 In the city state of Berlin, schoolkids will have to wear masks in class for at least another month. The decision was taken by the Hygiene Advisory Board within the Senate Administration for Education.

Berlin, September 3rd, 2021 (The Berlin Spectator) — In Berlin, schoolchildren were supposed to wear masks for two weeks after the summer vacations, because the Senate feared vacationers could have imported many Corona infections from abroad. The numbers proved the Senate right. During the first week of school, as many as 200 kids who attended the German capital’s schools tested positive for Corona. The vacations in Berlin ended on August 8th, 2021.

Because the overall situation still was still problematic after two weeks of school, the period during which masks needed to be worn at all schools was extended. Now it was prolonged again. The mandatory mask rule applies until October 3rd, or until further notice. All kids, teachers and other employees need to wear masks inside school buildings. The children may take them off while they are on the schoolyard. There are some 360,000 pupils at Berlin’s 830 schools.

Considering the infection numbers, the decision was appropriate, Berlin’s Education Senator Sandra Scheeres stated. She said she knew the subject was being discussed a lot among parents, teachers and schoolkids. Senator Scheeres announced the mask rule would be discussed again on September 20th. Pediatricians and psychologists would be involved.

In the meantime, Berlin’s departing Governing Mayor Michael Müller complained the vaccination campaign was stalling. “We are fighting for each vaccination, even though we have enough vaccine and a good infrastructure”, several German-language media quoted him as saying. Müller wants the city to organize more “creative vaccination offers”. At this stage, Corona vaccinations are being offered at Ikea parking lots. Recently Berliners were immunized on ‘S-Bahn’ city trains, at market places and in a dance club.

More and more federal states are changing the way they report their Corona situation. North Rhine-Westphalia just announced, apart from the Seven Day Incidence, it would add a Hospitalization Incidence and the percentage of ICU beds occupied by Corona patients. There are similar plans on the national level.