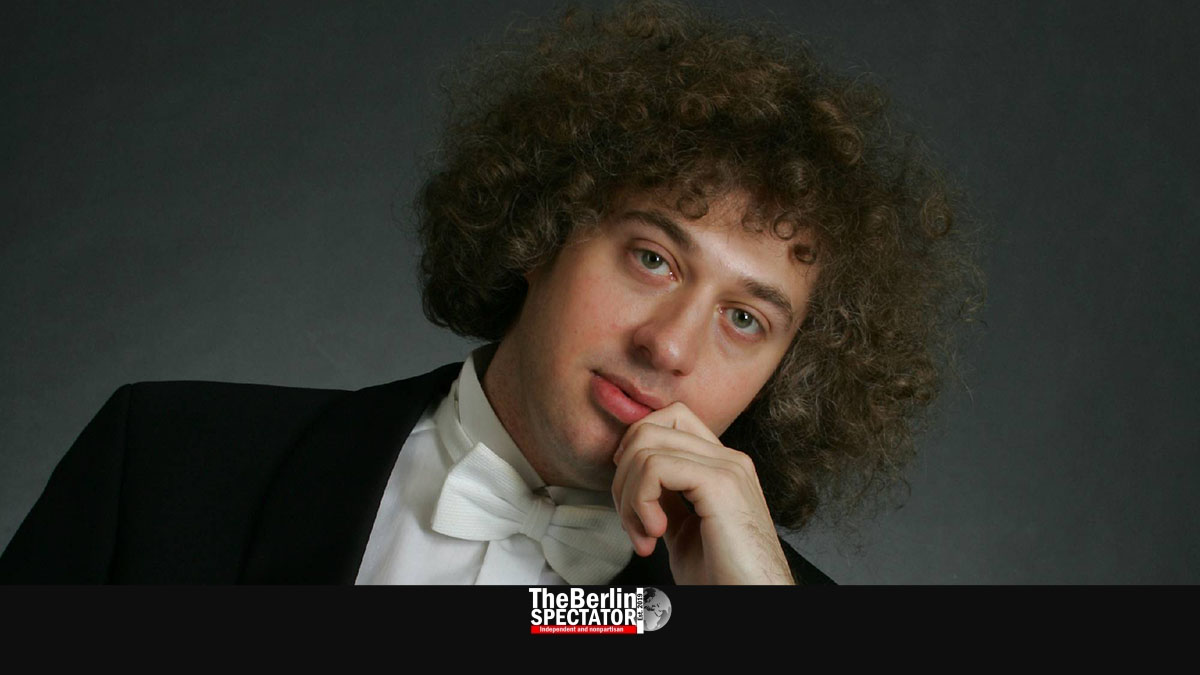 Berlin, Frankfurt, Leipzig and other cities have the opportunity to witness none other than Vladimir Mogilevsky interpret Frédéric Chopin. Critics agree that nobody plays like him.

Berlin, September 3rd, 2021 (The Berlin Spectator) —  Vladimir Mogilevsky is being drowned in praise. The pianist is “Liszt’s true successor”, according to ‘Europa Express’ wrote. Other dailies and magazines accurately call him a “congenial interpreter” or a “virtuoso and real musician”. Most publications use the very same phrasing because of the fact that there simply are no words for this kind of amazing sound.

Mogilevsky himself delivers the most convincing description of his magic piano performance. He does not use words, but rather 88 piano keys on the concert grand. In other words: Critics can use the words ‘virtuoso’ and ‘genius’ a million times. They do have a point, but only listening to the master himself will really show people what the man can do.

Compassion and perfection are more words often used in one sentence with his name. Vladimir Mogilevski himself has said the question what the composer wanted to tell the audience was crucial. “In most cases, you cannot ask them anymore”, the 51-year-old master states, but he does provide excellent answers with his fingers on the keys, and he has done so for a very long time.

Mogilevsky was born in Moscow in 1970, when it was capital of the Soviet Union. His unbelievable gift was discovered when he was only 5 years old. In 1994, at age 24, he completed his studies at the renown Gnessin Musical Academy, with the highest evaluation possible, and moved to Germany in 1995. Then, in the following decades, he received countless deserved prizes.

Both his audiences and critics appreciate Mogilevsky’s individuality and his “fresh” interpretations. His repertoire includes a wide range of compositions from Bach to contemporary pieces. It is not all classical music. Vladimir Mogilevsky does not have any problem with playing Gershwin either. His incredible memory makes sure he is always ready to play anything, even at a moment’s notice.

So he switches back and forth between composers all the time. After playing Tchaikovsky, he would interpret Milhaud, Hindemith, Strauss, Liszt or Chopin. The latter is what he will do in Berlin, Frankfurt and Leipzig soon.

Apart from performing in Germany and Russia a lot, Mogilevsky did hit stages in more exotic countries too, including Israel, Turkey, China, South Africa and Mexico. Before Corona turned the world into a dangerous mess, he spent a lot of time in VIP lounges at the world’s airports, in hotel suites and, fortunately, on stages, behind well tuned concert grands.

In 2004, Mogilevsky’s debut concert in Berlin took place. Since, the promoters in the German capital have been booking him like crazy. In 2020, the Corona pandemic messed up his tour. But Vladimir Mogilevsky is taking another shot at it now. As of September 3rd, 2021, the following solo performances are scheduled in Germany:

Tickets for Vladimir Mogilevsky’s concerts in Berlin, Frankfurt and Leipzig are available here. For other locations, try the concert schedule on his own website.