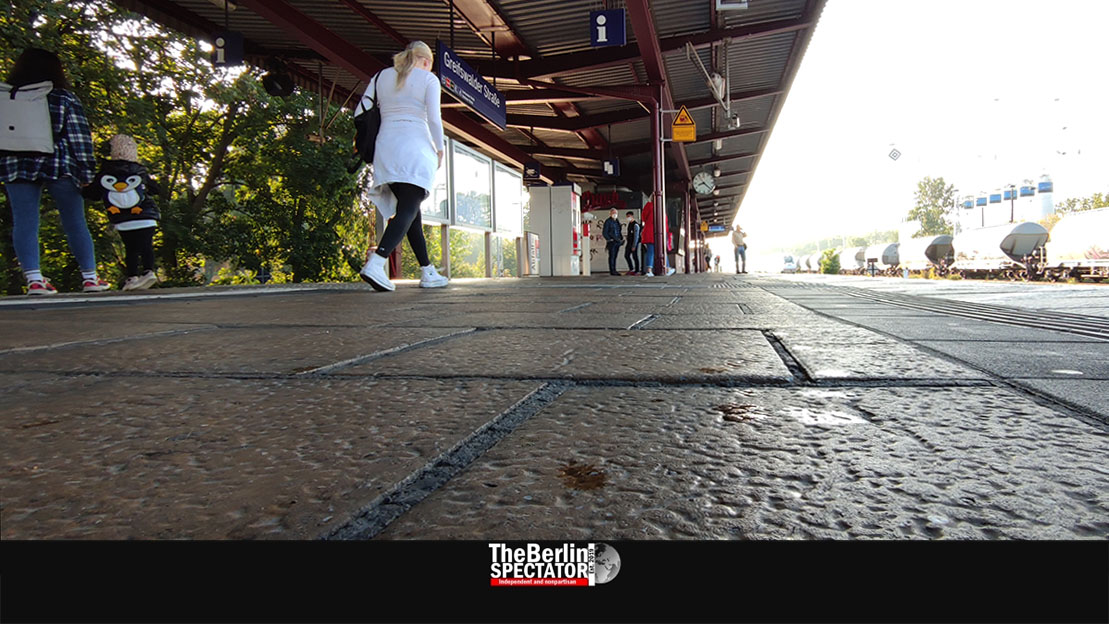 Locomotive engineers at Deutsche Bahn have been on strike since Wednesday. Things will not improve until Tuesday. The walkouts affect Berlin’s public transport too.

Berlin, September 5th, 2021 (The Berlin Spectator) — Since Wednesday, Deutsche Bahn’s freight trains are not moving. Freight is a big business. In 2019, the turnover DB Cargo reported was almost 4.5 billion Euro. The walkouts do have an effect here too. In regard to passenger trains, about two in three are not in service due to the strike. Long distance trains, including international connections, regional trains and local ones are either not running at all or they are on emergency schedules.

‘Ringbahn’ Out of Service

Germany has nine neighbors. Of course, there usually are regular trains to all of them as well as to European countries the Federal Republic does not share borders with. Deutsche Bahn says especially connections to Belgium, the Netherlands, France, Switzerland, Austria, Italy, Czechia, Hungary, Poland and Denmark are affected by the strike. So are all bullet train connections (Intercity Express, ICE).

On the local level, Berlin has issues, also because the ‘Ringbahn’, the two ‘S-Bahn’ lines S41 and S42, do not run at all. The same applies to several other lines. Many ‘S-Bahn’ connections run every 20 minutes only, others every 40 minutes. From the perspective of commuters, the only positive aspect is the fact that nobody is on strike at Berlin’s other big transport provider BVG. This means their ‘U-Bahn’ trains, trams and buses are in service. But this does not help many commuters who live in Brandenburg.

Deutsche Bahn does not see a valid reason for the walkouts. So, it filed a motion for an injunction at the Labor Court in Frankfurt am Main against the locomotive engineer’s union GDL, but the judge threw it out. What this means is that freight customers and passengers will not get regular trains until next week. On Tuesday morning at 2:00 a.m., the strike is supposed to end. From that moment, it will take hours until all trains are back on schedule.

The GDL was accused of exaggerating. Critics say the strike was more about gaining power than about making sure the union’s members get a raise. But the GDL itself rejected the criticism. It demands a raise of 3.2 percent for its members. In 28 months, it wants to get back into negotiations. Deutsche Bahn, on the other hand, wants any agreement to be valid for 36 months. The employers seem to be ready to pay Corona bonuses in the amount of 600 Euro per employee if the union agrees to the 36 months. But, at least so far, it does not.

Three Strikes within a Month

This is the third strike within a month. On August 11th and August 21st, the GDL union had organized walkouts before. Even more strikes in the coming weeks cannot be ruled out unless there is a breakthrough in the negotiations. The latter are not even taking place right now.