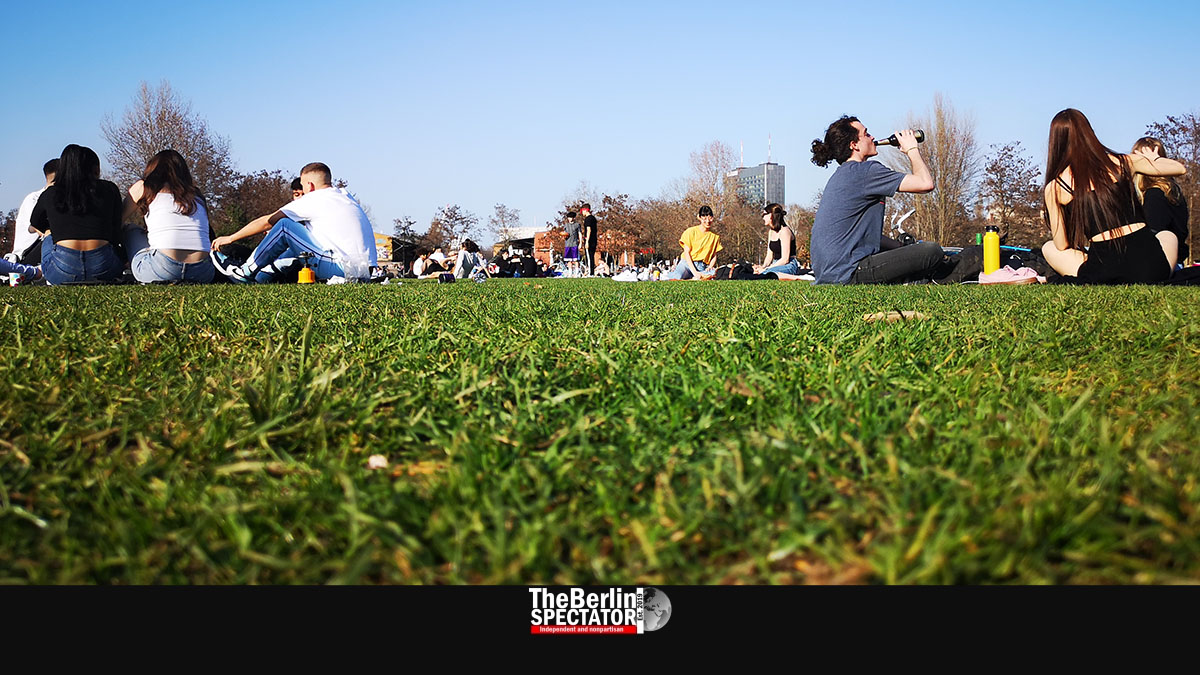 Just a few days before the official end of the warm season, the summer will be back. After a rather cool and wet August, it is about time.

Berlin, September 6th, 2021 (The Berlin Spectator) — While the fall is coming closer and closer, many Germans and residents of other nationalities had already given up. As they dealt with umbrellas and rain coats all the time, they thought the cool season had commenced early. They were wrong.

According to meteorologists, we will still need our bikinis, bathing trunks, sunscreen and inflatable sharks. That is because an anticyclone over western Europe is working on getting rid of most clouds and letting warm air come in. Yes, there is still hope for this very rainy and mostly cool summer which messed up people’s vacations. Especially in August, there were wet periods.

In Hamburg, a city that is not really known for great weather, temperatures are supposed to rise from 20 and 21 degrees Centigrade (68 and 70 degrees Fahrenheit) on Monday and Tuesday to 24 degrees C (75 degrees F) on Wednesday. Not bad, right? On Thursday, Hamburg will be experiencing a real summer day at 26 degrees C (79 degrees F), before clouds, rain and falling temperatures will be screwing it all up again on Friday. But more sunshine is ahead next week, even up there in the north.

In Berlin and parts of Brandenburg province, the star in the center of our solar system will provide people with light and warmth as well. For the German capital, there are more and less optimistic forecasts, depending on the source. Some meteorologists say Berlin will get 24 degrees C (75 degrees F) and a clear sky on Wednesday and Thursday, but rain on Friday and Saturday. Others predict real summer days on Thursday and Friday, at 26 and 27 degrees C (79 and 81 degrees F). There might be two more dry, warm and sunny summer days on Tuesday and Wednesday of next week.

Munich is supposed to experience 23 to 24 degrees C (73 to 75 degrees F) all week and even a little more early next week. There does not seem to be one cloud in the sky above the Bavarian capital today. In Cologne, the return of the summer is expected as soon as tomorrow and on Wednesday, at up to 26 degrees Centigrade (79 degrees Fahrenheit), but rain which is supposed to come in from the west will be messing up most of the weekend.

In summary, it can be stated that beer gardens, parks and public outdoor swimming pools will probably be crammed this week, and at least part of next. Over and out.