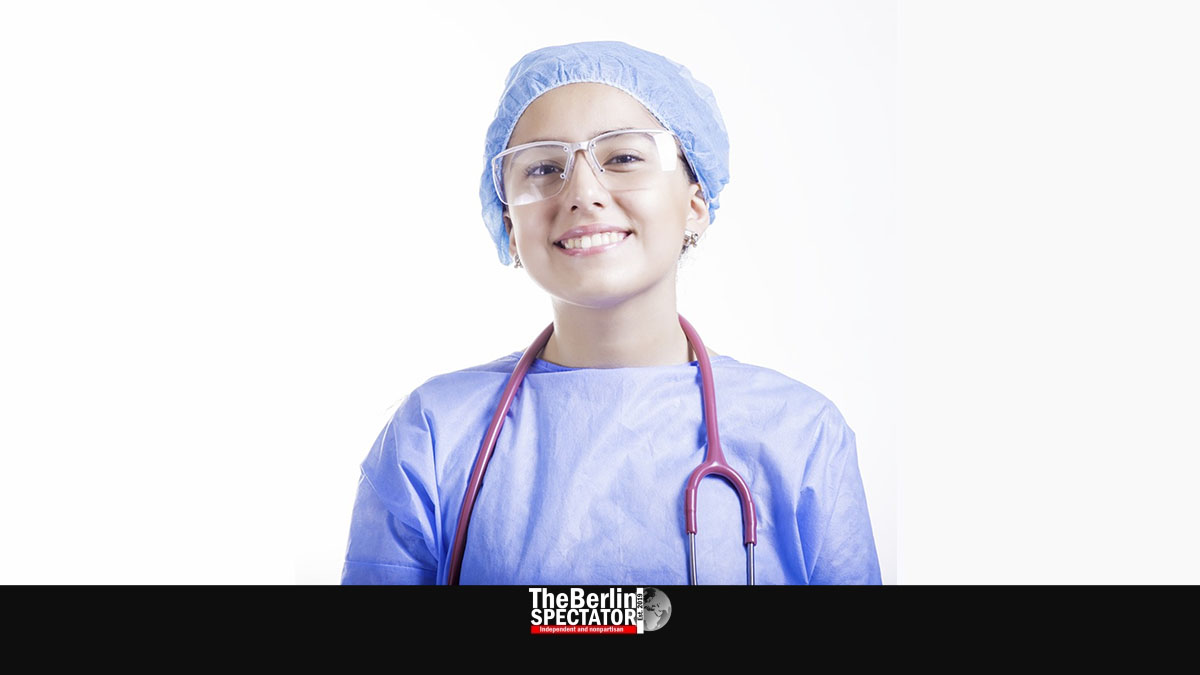 Hundreds of nurses are now on strike at Berlin’s state-owned Charité and Vivantes hospitals. Their union Verdi demands an improvement of its members’ labor conditions. Due to the walkouts, 1,500 hospital beds were closed. Many medical appointments had to be cancelled.

Berlin, September 9th, 2021. Update: 2:45 p.m. CEDT (The Berlin Spectator) — Shortly after three strikes at Deutsche Bahn led to cancellations of most trains in Germany, more walkouts commenced in Berlin on Thursday. This time, the nursing staff members at the Charité university hospital and the city’s Vivantes clinics started walkouts. They commenced at 6:00 a.m. this morning. Hundreds of nurses were going to be part of it. A rally from Berlin’s Senate Department of Finance to the Administration of Health took place in the late morning.

In a statement, the Charité university clinic’s administration said it was trying to avoid restrictions for patients. There is a hotline people can call with any questions about health care issues. The number is 030-450 550 500. According to the hospital, the emergency care will continue during the strike. People with health issues that are not urgent were asked to go to other hospitals.

A similar but much shorter message was uploaded to the website that belongs to the Vivantes chain of state-owned hospitals. It said life-threatening emergencies would still be dealt with. According to Vivantes, 850 of its 6,000 hospital beds need to be closed because of the walkouts, including palliative care units. Restrictions at the rescue centers were announced too. The total number of beds that need to be closed in all hospitals affected is 1,500.

Verdi, the union that organized the strike, said the safety or health of patients would not be threatened. The purpose of the strike was to put pressure on the employers during the ongoing negotiations about labor conditions. According to a spokeslady, the walkouts are indefinite, meaning they will continue until further notice. The companies that run the Charité and Vivantes hospitals announced they would not negotiate during the strike.

When they still took place, before the walkouts, the talks were about improving work conditions for thousands of employees. The union insists on a new labor agreement which includes payments or more downtime for nurses and other employees who are under a lot of pressure. Verdi also demands a clear definition of the minimum number of staff members that need to work in each department since it does not agree with today’s staffing policy.

On Thursday, hundreds of nurses were supposed to be part of the strike. The number of participants could increase to 2,000 within the next few days. On Friday, kitchen and cleaning staffers were going to join the walkouts. The same applies to employees who are part of the hospitals’ transport divisions. Hundreds of medical appointments were cancelled.

During the ongoing Corona crisis, the nurses at virtually all major hospitals in Berlin and the rest of Germany have been burdened a lot. This especially applies to the first three Coronavirus waves. The pandemic led to a national discussion about salaries for nurses and their work conditions.