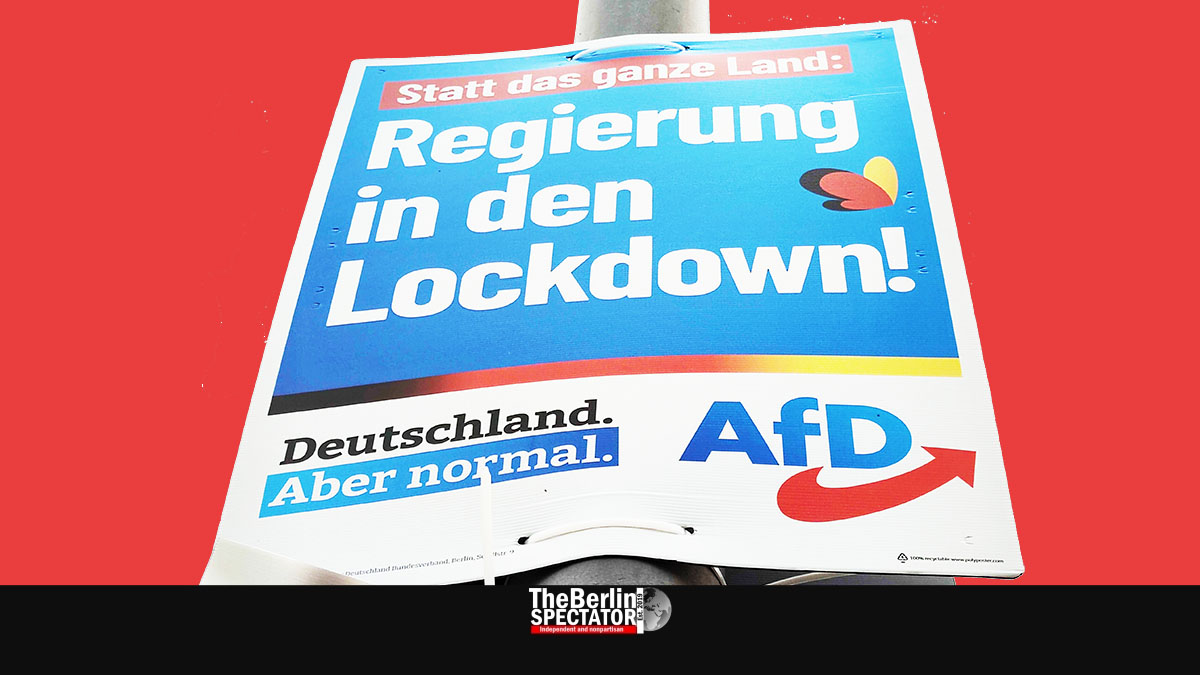 In Germany, sixty Jewish organizations have called on citizens not to vote for the extremist far-right AfD. This party was “a danger to our country”, a joint statement says.

Berlin, September 9th, 2021 (The Berlin Spectator) — The Central Council of Jews in Germany and dozens of other Jewish organizations took a stand against the ‘Alternative für Deutschland’ (AfD), a radical far-right party which has managed to enter the Berlin Bundestag and all state parliaments in the past six years. In a joint declaration it says the decision whether the AfD could continue to spread its radical message at the Bundestag would be taken on September 26th, 2021. On this day, Super Sunday, general elections and two state elections will take place in the Federal Republic of Germany.

The AfD had been joined by antisemites and right-wing extremists, the statement reads. At the same time, the Federal Office for the Protection of the Constitution was looking into it. Also, the AfD was a party in which antisemitism, racism and misanthropy had found fertile soil.

“Jews or Jewish life are being mentioned in the AfD’s election program three times”, the statement says. “But it is not about the necessities of Jews in this country, but about the threat Muslims pose to Jews. In the AfD’s election manifesto, Jews are being used by the party to express its anti-Muslim resentments”, the Central Council and the other Jewish organizations say. “The AfD is using Jews to spread its racist and anti-Muslim slogans. But we do not want to be this fig leaf.”

In the declaration, the AfD’s floor leader Alexander Gauland is being accused of having attempted to make the horror of the Nazi tyranny appear harmless in an intolerable way, with a recent statement of his. AfD politicians were now joining protests with Corona deniers, hooligans and right-wing extremists, rallies at which the sorrow and suffering of Holocaust victims was mocked.

The Jews in Germany were “as diverse as this country”, the declaration reads. “We have different backgrounds, life stories and mother tongues. We represent different mindsets and political positions. We are shaped by different realities of life. But what unites us is the firm belief that the AfD is a danger to our country. It is not an alternative for Germany.” The statement was sent out to virtually all German media and tens of thousands of members.

“On September 26th, 2021, vote for an unequivocally democratic party and help ban the AfD from the Bundestag”, the Jewish organizations say. Their declaration ends with a call for “an open-minded, peaceful, tolerant and democratic Germany”. The sixty signatories include the World Jewish Congress, the AJC Berlin, the European Jewish Congress, the Claims Conference and the Rabbinic Seminar Berlin.