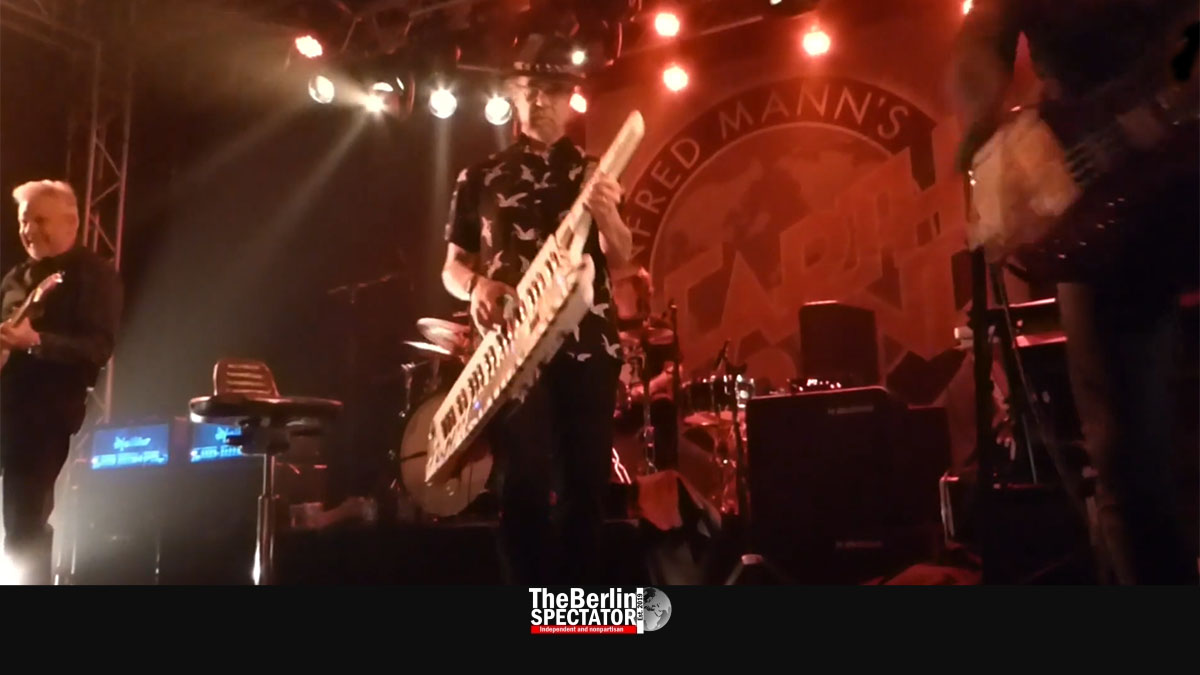 Manfred Mann, the living legend, and his Earth Band will be performing in Germany soon. The 80-year-old South African and his band are obviously unstoppable. But Corona did manage to mess up their touring schedule twice.

Berlin, July 27th, 2020, update: September 10th, 2021 (The Berlin Spectator) — When a baby boy named Manfred Sepse Lubowitz was born in Johannesburg in 1940, nobody had the slightest clue he would found the first South African Rock band, become a global superstar a few years later, and that his career would last for so many decades.

With a friend, he founded a band called The Vikings as early as 1959, when many of us were not even conceived. In 1961, he moved to England, where he began to write for the ‘Jazz News’. The pseudonym he used was Manfred Mann, which sounded far more catchy than Manfred Sepse Lubowitz.

Mann is a true musician. In Johannesburg, and under his birth name, he studied music at the University of the Witwatersrand while hitting Jazz club stages as a pianist at night. Much later, when es was a Rock star, the Jazz influence would stay with him anyway.

Manfred Mann constantly ran bands, delivering “all that Jazz” and the Blues. With a group named after him, Manfred Mann, they scored several hits before the 1970-s started, including “Mighty Quinn”, a tune anyone older than 40 would know well. Maybe even too well.

Mann disbanded the band in 1969, only to create a new one which would play experimental Jazz-Rock tunes. He was one of the pioneers of this genre, along with Santana, Blood, Sweat & Tears, Chicago and a few other groups.

Manfred Mann himself, who turned 80 last year, will be performing on stages in Germany in November and December of 2021 and in early 2022, if the damned Corona virus lets him. Once the gigs take place, he will be 81. The entire tour was already postponed twice, and it might happen yet again.

The first tour is scheduled to start on November 11th, 2021, in Karlsruhe. on the 13th, they will be performing in Stuttgart. In December, Hagen, Neustadt, Koblenz, Nieder-Olm (Where in the hell is this place?) and St. Ingbert are part of the touring schedule. Then, in march of next year, Mann and the guys are supposed to hit stages in Schmallenberg, and Rockenhausen (how appropriate!). Wissen and Meckenheim are on the tour plan in May. Tickets for all of these gigs can be purchased here.

Manfred Mann wouldn’t be Manfred Mann if he did not have gigs lined up in Denmark and Sweden too in order to raise roofs there as well. Check out his website for more information. On September 9th, 2021, the mentioned 2021 gigs were not listed there, but they were on eventim.de.