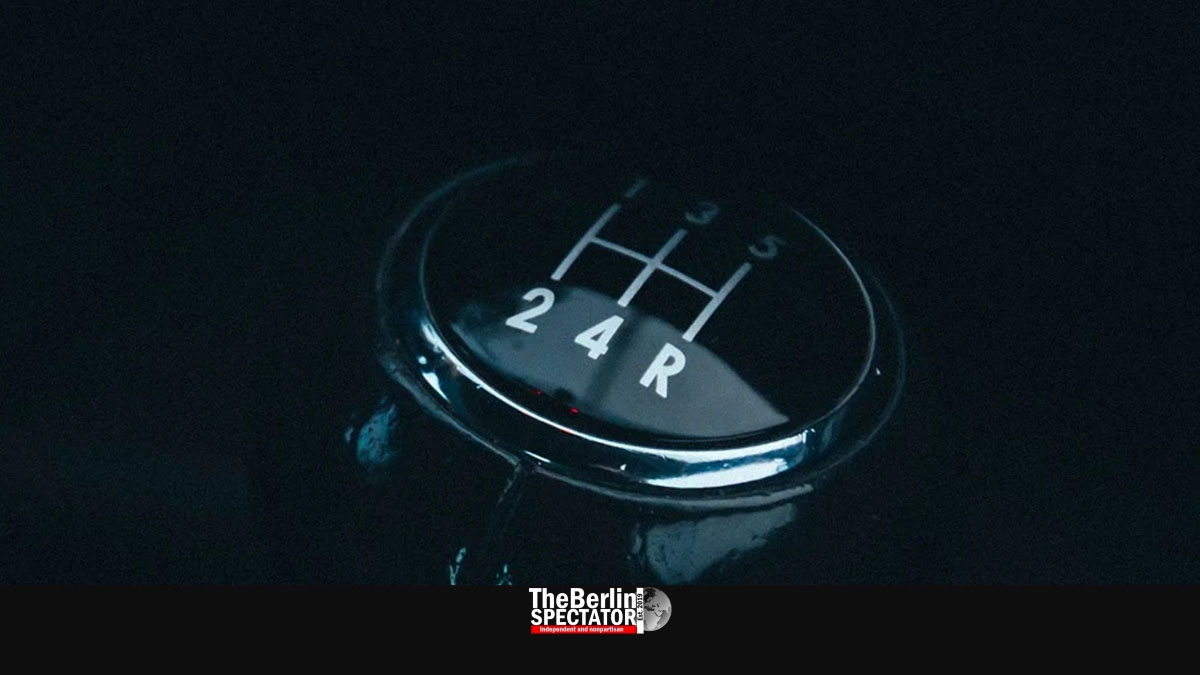 We are the weird Europeans. For many decades, we have tortured ourselves with those manual transmissions we keep on using. Fortunately, this nonsense will end soon. To hell with the stick shift!

Berlin, September 15th, 2021 (The Berlin Spectator) — Sit in a Volkswagen minibus built in the 1970s, convince eight people to enter the vehicle with you and add a lot of luggage. Drive up some hill until a red traffic light stops you. Then, on green, try to get the bus going again. Shift into 1st gear, release the clutch pedal slowly while you press the accelerator gently. Make sure you do not roll backwards.

Now, repeat the experiment with a brand new Volkswagen bus. In this case, you will most likely not find any manual transmission. Yes, the vehicle will do all gear-shifting by itself. It is called engineering. But are automatic transmissions a new invention? No. So, why in the hell did it take the Europeans many decades to admit their stick shift is useless? Why did they overwhelm people with it?

The Americans were right all along. Sitting in a giant Ford LTD in the 1970s, switching the automatic gearbox to “Drive” and kicking the accelerator was easy and comfortable. In the U.S., sticks shifts were, and still are, made for car-crazy individuals, mostly men, who insist on controlling the cycles per second their engines are running. But most cars sold in North America, 98 percent of them, do have automatic transmissions.

In the 1970s, German automakers started fitting those into their largest, most expensive vehicles. For instance, a 1980s Mercedes 560 SE was not even available with a manual transmission. The same applied to BMW’s 7-series or the Audi V8, which was the stunning predecessor of the A8. First of all, people who purchased those vehicles did not want to shift gears back and forth like Nikki Lauda, but rely on a lot of comfort instead. Secondly, automatic transmissions protect engines. People can ruin big V8 engines by switching into the wrong gear. Machines do not do this sort of thing.

What about fuel consumption? Back then in the 1980s, they said cars with automatic transmissions sucked too much gasoline. This used to be the case, but not anymore. Modern vehicles with the latest automatic 8-gear transmissions actually have a bigger gas-mileage today. The only and very last disadvantage they have: Starting an automatic car with a broken starter motor by pushing it and releasing the clutch pedal is not possible.

But there are countless excellent reasons for dumping the manual transmission for good. For instance, electric cars, which are the future, do not need them. They mostly have one single gear. So, what in the hell would a stick shift be good for? Sure, the Porsche Taycan, one of the first purely electric true sports cars, has two gears, but guess what: It manages to change them itself.

Germany’s big automakers are working on the end of the manual transmission. Finally. From 2023, Volkswagen will not offer any vehicles with stick shifts anymore, according to the ‘Auto, Motor und Sport’ magazine. It’s over. At this stage, as many as 5,838 car models are being offered in Germany. Only one in three is available with a manual transmission. There will be less and less, until the damned thing disappears.