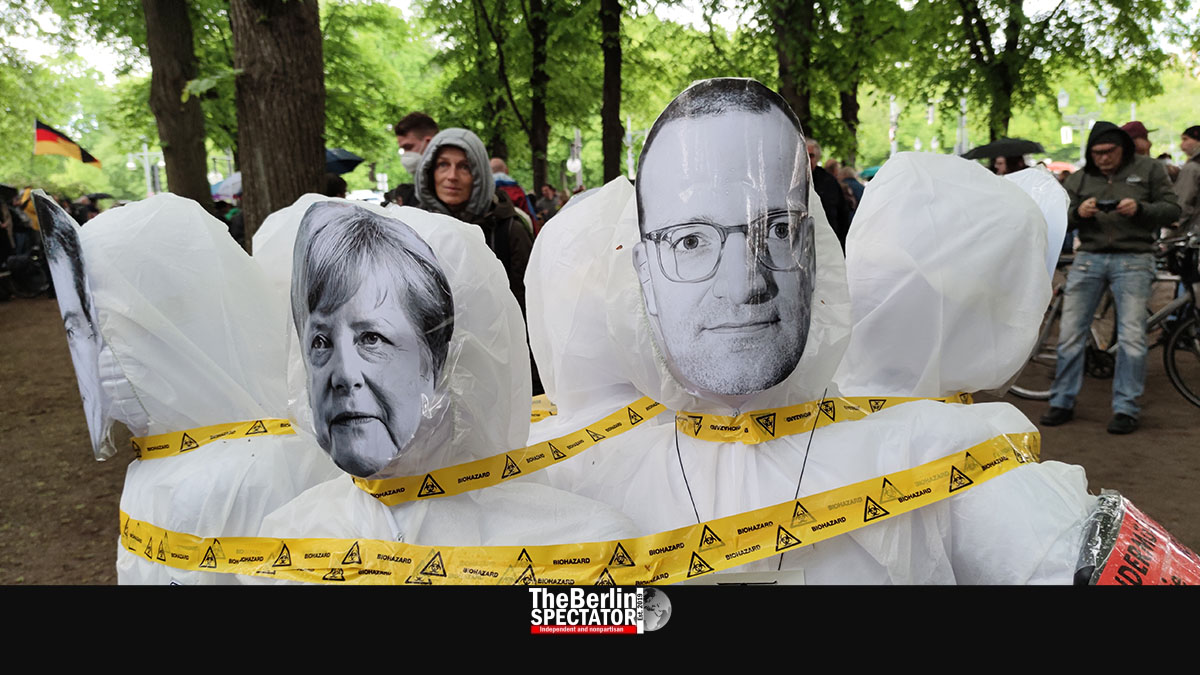 The world’s largest social network, Facebook and its subsidiary Instagram, just removed dozens of “harmful networks” by German conspiracy theorists many of whom are part of the ‘Querdenken’ movement. A Facebook manager accused them of running “coordinated social harm campaigns”.

Sofia/Bulgaria, September 17th, 2021 (The Berlin Spectator) — Social networks, including Facebook, are open to everyone. Pretty much anything can be shared and things can be discussed, including politics. When one of the network’s 2.85 billion users shows off his Porsche 911 by posting a photo of it, nobody will complain. The same applies when a user uploads a photo of a plate of Spaghetti Carbonara she just consumed.

Abuse of Freedom of Speech

Political parties, NGOs, groups of all kinds, including political ones, spread their messages on Facebook too. They try to acquire more members, convince people of their programs, raise awareness for causes of all kinds and collect donations. People are discussing all kinds of controversial issues on Facebook too. But there are limits to what the network and the states it is being used in are ready to accept. Freedom of speech is one of the most important aspects in democracy. But it can be abused.

People, media, groups or movements that systematically spread conspiracy theories, hatred or incitement of violence, are finally being stopped where they grow, namely in social media. In the past weeks, Facebook removed American media that posted articles full of conspiracy theories, including Life Site News, an ultra-conservative, pro-Trump website. Apart from just adding people to its newsletters without their consent multiple times, it keeps on posting weird theories about the Corona pandemic. In May, Facebook removed Life Site News from its network.

Now, the social network turned to German conspiracy theorists, including the ‘Querdenken’ movement. Its followers believe in the weirdest conspiracies. According to one of those, the Coronavirus was spread on purpose because the government wants to consolidate its power. Others say the virus was invented and the measures the government took against it were crimes against humanity. The more nonsense they spread, the more followers joined ‘Querdenken’. More and more right-wing extremists joined the protests it staged in Stuttgart, Berlin and elsewhere as well.

On Facebook, ‘Querdenken’ ran an entire network of Pages and Groups tens of thousands of people followed. Not anymore. The social media site just deleted almost 150 of them. “Over the past several months, we have been working with teams across Facebook to expand our network disruption efforts so we can address threats that come from groups of authentic accounts coordinating on our platform to cause social harm”, Nathaniel Gleicher, Facebook’s Head of Security Policy wrote in a blog. “Today, we’re sharing our enforcement against a network of accounts, Pages and Groups operated by individuals associated with the Querdenken movement in Germany”.

According to Gleicher, this is about “tackling coordinated social harm”. Campaigns of this kind typically involved “networks of primarily authentic users who organize to systematically violate our policies to cause harm on or off our platform”, he says. “We already remove violating content and accounts under our Community Standards, including for incitement to violence, bullying and harassment or harmful health misinformation”, which is another aspect that made those ‘Querdenken’ Pages and Groups a rather big problem.

“However, we recognize that, in some cases, these content violations are perpetrated by a tightly organized group, working together to amplify their members’ harmful behavior and repeatedly violate our content policies. In these cases, the potential for harm caused by the totality of the network’s activity far exceeds the impact of each individual post or account”, Gleicher wrote. “To address these organized efforts more effectively, we’ve built enforcement protocols that enable us to take action against the core network of accounts, Pages and Groups engaged in this behavior. As part of this framework, we may take a range of actions, including reducing content reach and disabling accounts, Pages and Groups.”

Nathaniel Gleicher announced, his company had removed “a network of Facebook and Instagram accounts, Pages and Groups for engaging in coordinated efforts to repeatedly violate our Community Standards, including posting harmful health misinformation, hate speech and incitement to violence. We also blocked their domains from being shared on our platform. This network was operated by individuals associated with the ‘Querdenken’ movement in Germany, which is linked to off-platform violence and other social harms.”

Unfortunately, ‘Querdenken’ and similar groups have other ways to communicate with their members as well. But the deletion of their Facebook and Instagram channels definitely qualifies as a partial victory against the movement’s dangerous lies.