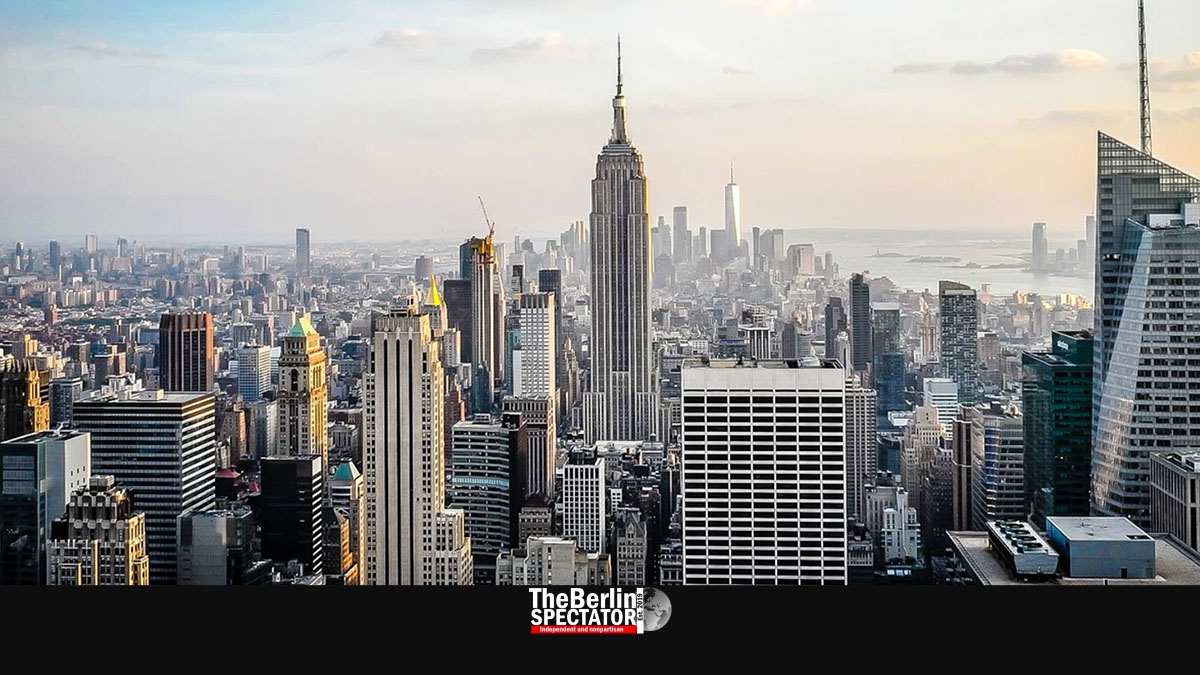 The U.S. government is getting ready to let Europeans and other foreign nationals enter the country again soon. They need to be fully vaccinated against COVID-19 and provide a negative Corona test.

Sofia/Bulgaria, September 21st, 2021 (The Berlin Spectator) — Taking the ‘Maid of the Mist’ at Niagara Falls, jumping into the Pacific Ocean at some Californian beach, attending stunning Jazz concerts at the Blue Note in Manhattan or getting one’s kicks on Route 66 is supposed to be possible again soon. In early November, the United States of America will open up again for Europeans from Schengen countries, for British citizens and other foreign nationals, as long as they fulfill the main requirements:

> They need to be fully vaccinated against COVID-19.

> They need to provide a Corona test with a negative outcome which was taken up to three days prior to their flight.

Jeffrey Zients, President Joe Biden’s COVID-19 Coordinator announced the decision the administration just took. To the opinion of many, including the travel industry and European governments, it is high time for the end of the travel ban, at least for the vaccinated. The Corona situation in some European countries, including Germany, has been less dramatic than it was in the United States most of the time, which is one reason why the ban had been criticized.

The U.S. Corona travel ban potentially affected thousands of international families, but also business travelers. And it decreased intercontinental tourism, in both the U.S. and Europe, substantially. Within the European Union, the Corona vaccination campaigns are making headway in most countries. This seems to be one of the reasons the Biden administration is ready to open the borders for vaccinated Europeans.

In early 2020, the travel ban was implemented by the Trump administration. After the dramatic transition of power early this year, which was overshadowed by the coup Donald Trump attempted at the Capitol in Washington D.C. on January 6th, Joe Biden’s government decided to keep the restrictions. Now, Jeffrey Zients stated the administration would use the time until November to work on the details with the airlines. This is about the implementation of the new rules. It will likely require more paper work for both travelers and the airlines.

U.S. citizens are not affected by the new regulations, apart from one aspect: They will probably have more options in regard to flights because their number will grow with the demand. Americans without Corona vaccinations have always been allowed to return to their country. They have to show negative Corona tests though. The same applies to holders of Green Cards and certain U.S. visas.

Weeks ago, the European Union had asked the United States to ease their entry restrictions. The Federal Republic of Germany recently opened up its borders for U.S. citizens, including tourists, unilaterally. During the summer, which ends today, some American tourists were seen in Berlin and other European cities again, in spite of the fact that the rules had to be tightened once more, to some extent, because of the spread of the Delta variation of the Coronavirus.