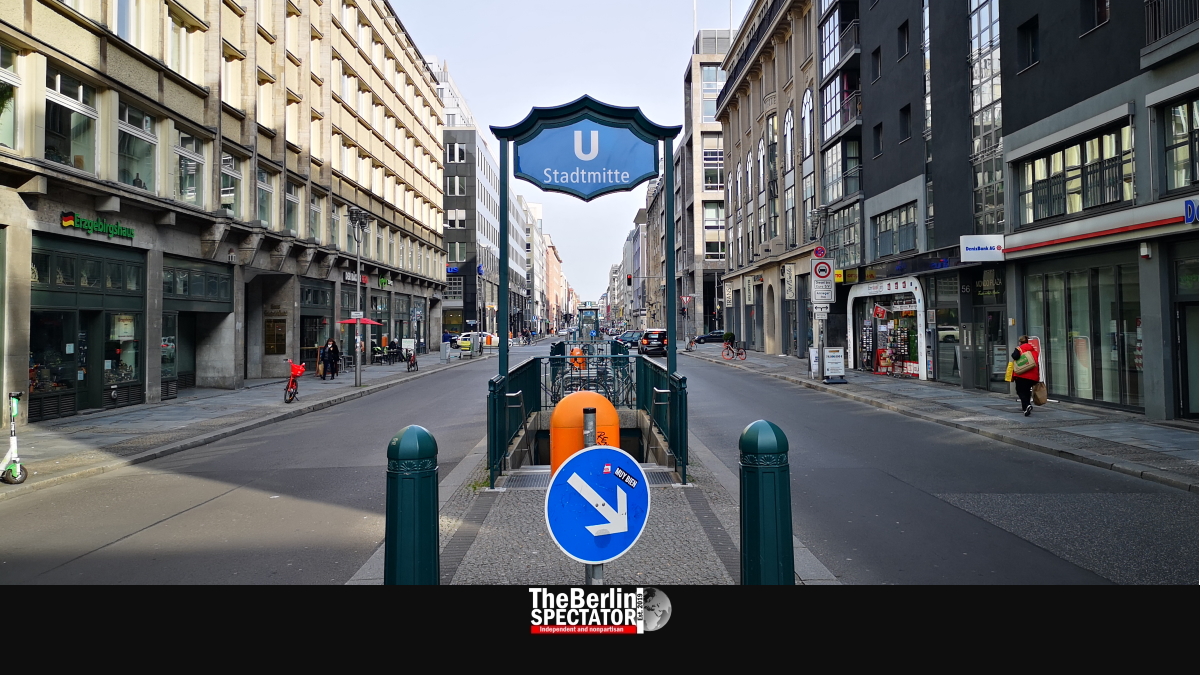 In the early 1970s, the oil crisis hit. West Germany introduced ‘Car-Free Sundays’ because the world thought the oil was running out. Five decades later, today, Berlin is taking part in a ‘Car-Free Day’. Why?

Sofia/Bulgaria, September 22nd, 2021 (The Berlin Spectator) — Today is the day. On this ‘Car-Free Day’, the city state of Berlin will reportedly have to reimburse its public transport providers BVG and Deutsche Bahn with up to 750,000 Euro (879,161 U.S. Dollars or 643,961 Pounds Sterling) soon, because people will not need tickets today. All rides on Berlin’s trains, trams and buses are free, except for those who already paid for weekly, monthly or annual tickets.

As opposed to those ‘Car-Free Sundays’ half a century ago, nobody will be forced to take part in this ‘Car-Free Day’. Driving is still legal, but not in 35 temporary “play streets”. From 3:00 p.m. to 7:00 p.m., Berlin’s children will be allowed to play on parts of the following streets, while motorized traffic is banned:

Do Berlin’s children need more room to play? Probably not, also because the city has a gazillion parks, some of the nicest playgrounds and other spots where they can play all day long. The thing is that the city state’s Senate, which consists of the center-left Social Democrats, the far-left ‘Die Linke’ and the Greens, wants to show how life feels without motorized vehicles. They might also want to show off their level of political correctness, critics believe.

“This day is supposed to show that more space for greenery, for people and for playing — instead of motorized traffic only — increases the quality of life substantially”, Transport Senator Regine Günther says. Berlin is trying to give cyclists and pedestrians more room and more rights. While only few complain about this approach, there are arguments about how radical measures in this direction should be. A movement called Referendum Car-Free Berlin wants to get rid of 80 percent of all cars inside Berlin’s ‘S-Bahn’ train ring. The Senate is not quite as radical, but especially the Greens are working on decreasing the number of cars in the city center.

The overall idea of the modern-day ‘Car Free Day’ has been a failure for years, at least in Germany. Only few counties and cities take part, and most of those who do implement it halfheartedly.