Greta Thunberg and Fridays for Future to Stage Large Protest 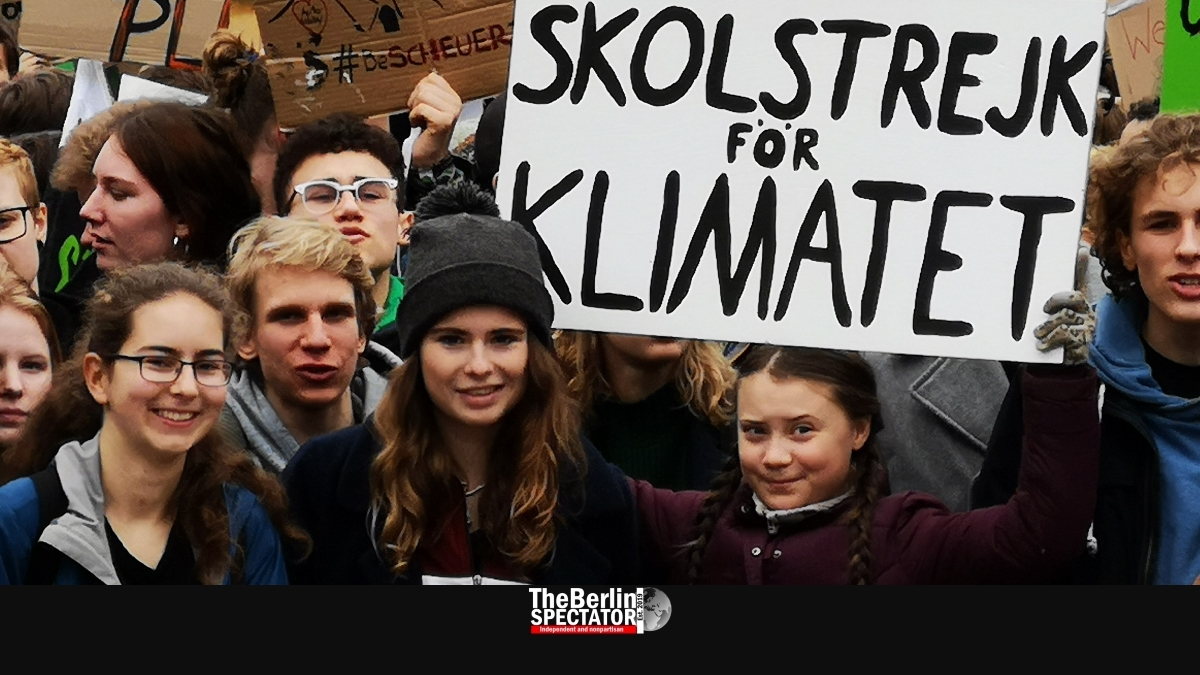 Two days before Germany’s general elections, the Swedish activist Greta Thunberg and the movement she initiated, Fridays for Future, were going to organize a ‘Climate Strike’ in Berlin on Friday. As many as 20,000 participants are expected to join the event.

Berlin, September 24th, 2021 (The Berlin Spectator) — The next ‘Climate Strike’ will be taking place in Berlin on Friday, when Fridays for Future (F4F), a movement of pupils of all ages, intends to rally for a more consistent climate policy. It is the first big protest of this kind in six months.

Six “feeder demonstrations” were organized between 09:00 and 10:00 a.m.. Five of them are for cyclists, one for those who want to walk. The participants of the main rally will gather in front of the Reichstag, which accommodates the Berlin Bundestag. Just two days ahead of the big elections, this location is not a coincidence. Greta Thunberg, the 18-year old founder of F4F, was going to be part of the rally in Berlin.

In March of 2019, Greta Thunberg joined a F4F demonstration in Berlin. She returned in August of 2020. With her German colleague Lisa Neubauer and another member of the movement, she had an appointment with Chancellor Angela Merkel back then, at which Germany’s climate police was discussed. Today, the activist’s third visit to Berlin is taking place.

“The last ‘Climate strike’ happened six months ago”, F4F said in a statement on Twitter. “We took a stand in Berlin and painted a big picture.” A photo of Berlin’s ‘Oberbaumbrücke’, a major bridge, was posted, with a message written in huge letters: “Another world is possible”, it said. “If we fight together, we can make it happen. This is what we will be taking to the streets for.”

Participants were asked to approach the Reichstag from Berlin’s Central Station. On the opposite side of the Spree river, the Berlin Marathon is being set up. It is scheduled to take place on Super Sunday, September 26th, the day on which Berliners will take part in the Bundestag elections, the state elections for Berlin, district elections and a referendum about the dispossession of large real estate companies. It will definitely be a busy Sunday.

Today’s F4F protest in Berlin is not the only one in Germany. The movement announced rallies in as many as 430 cities and towns. According to F4F, climate protection is the central issue in the upcoming elections. “We have to act now”, the participating pupils and their supporters are convinced. They say they want to stick to the 1.5 degree limit which is part of the 2015 Paris Climate Accord.

The big Fridays for Future in Berlin and the preparations for the Berlin Marathon will lead to major traffic disruptions on Friday. Using the U-Bahn and S-Bahn train systems or bicycles is recommended.