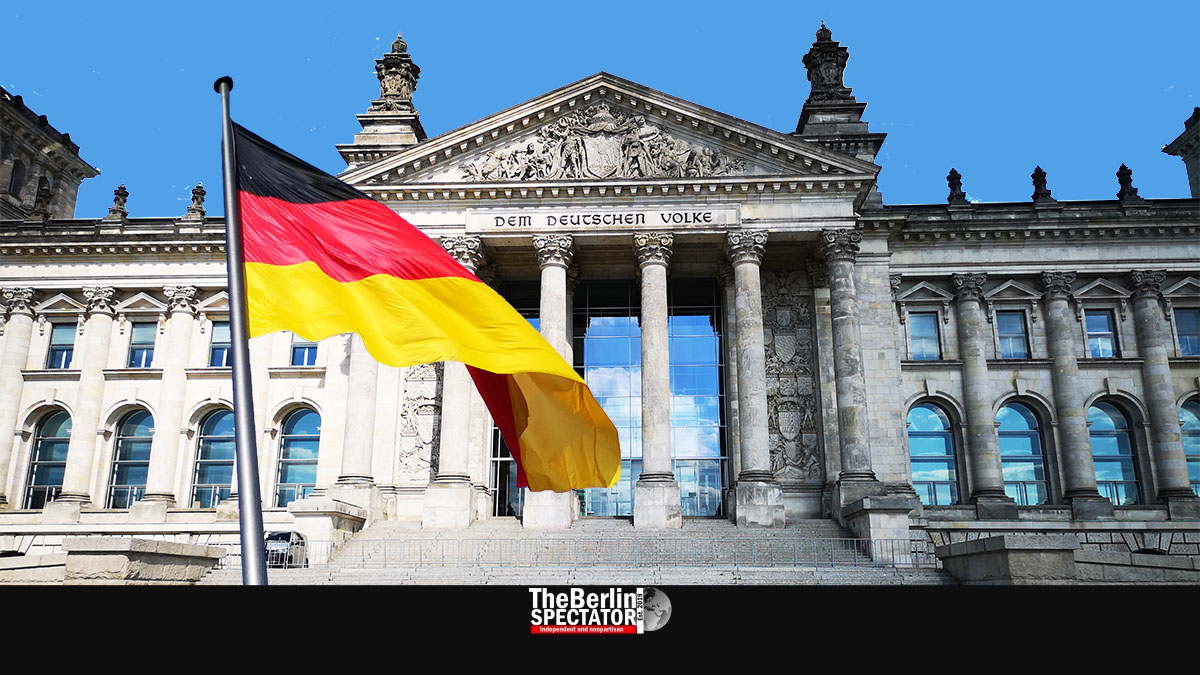 In Germany, several elections are taking place today, including the one for the Bundestag. The country is waiting for the results with bated breath. According to the latest polls, the race between the conservative ‘union parties’ and the center-left SPD could be tight.

Berlin, September 26th, 2021 (The Berlin Spectator) — Angela Merkel has been governing the Federal Republic Germany for 16 years. Some 13 million Germans, those born in or after 2005, have not lived under any other Chancellor. This will change soon. But Mrs. Merkel will remain in office until the Bundestag elects a new Chancellor, which could take weeks or even months because a government coalition needs to be formed first.

The polling stations open from 8:00 a.m. to 6:00 p.m. CEDT. Because of the ongoing Corona crisis, which hit Germany 607 days ago, more Germans than ever chose to vote by mail. Last time, in 2017, 28.6 percent of all German voters cast their votes by mail. This number could double, or at least increase substantially. All votes, including the ones that came in by mail in the past weeks, will be counted once the polling locations close.

Some 60 million Germans are eligible to participate in the elections for the Berlin Bundestag. Just above 31 million women and about 29 million men. Because of demographic developments in the past four years, there are less potential voters than there were in 2017. Up to 2.8 million Germans have the right to vote for the first time, because they turned 18 between the last general election and this one. First-time voters have a share of 4.6 percent. Germany has 299 election districts. North Rhine-Westphalia, the largest federal state in the country, has 64 of them. Bremen, the smallest one, has two.

These are suspenseful elections. Their outcome is not a foregone conclusion. In the latest poll conducted by the Allensbach institute for the ‘Frankfurter Allgemeine Zeitung’ daily, the Social Democrats (SPD) stand at 26 percent while the CDU could get 25. Because of the margin of error, the conservatives might actually win. If they lose, heads might roll rather quickly. With a win, the CDU’s main candidate Armin Laschet could end up in the chancellery. But if he brings home a terrible result, he might have to step down from all posts.

There are many open questions. Some of them will probably be answered tonight. Will the far-left ‘Die Linke’ make it into the Bundestag? According to Allensbach, the party will lose a lot of support and get around 5 percent. This is the share needed to be in the parliament. Will a new edition of the grand coalition be doable, mathematically? Will anyone step down? What kind of result will the extremist far-right AfD get? Will the SPD score a triple victory tonight, in all major elections that are taking place, as predicted by Germany’s main polling institutes?

The three candidates for Chancellor, the CDU’s Armin Laschet, Olaf Scholz of the SPD and Annalena Baerbock of the Greens, were going to spend part of the weekend with their families. Today, they will cast their votes in their home towns. Laschet lives in Aachen, Baerbock and Scholz in Potsdam, the capital of Brandenburg province located just outside Berlin. After 8:00 p.m., they will take part in the ‘heavyweight round’ also known as “elephant round” in Germany, a televised discussion about the election results. On Monday morning, they will either be celebrated or slammed at their party headquarters in Berlin, depending on their results.

President Frank-Walter Steinmeier appealed to the public to vote. “Each vote counts, your vote counts”, he stated. Democracy was about intervening and taking part, Steinmeier stressed.

There are more elections today: In Mecklenburg-Hither Pomerania and the city state of Berlin, state elections are taking place. Berlin is also holding elections for the district representatives. On top of it all, Berliners have their say in a referendum about dispossessions of real estate companies.