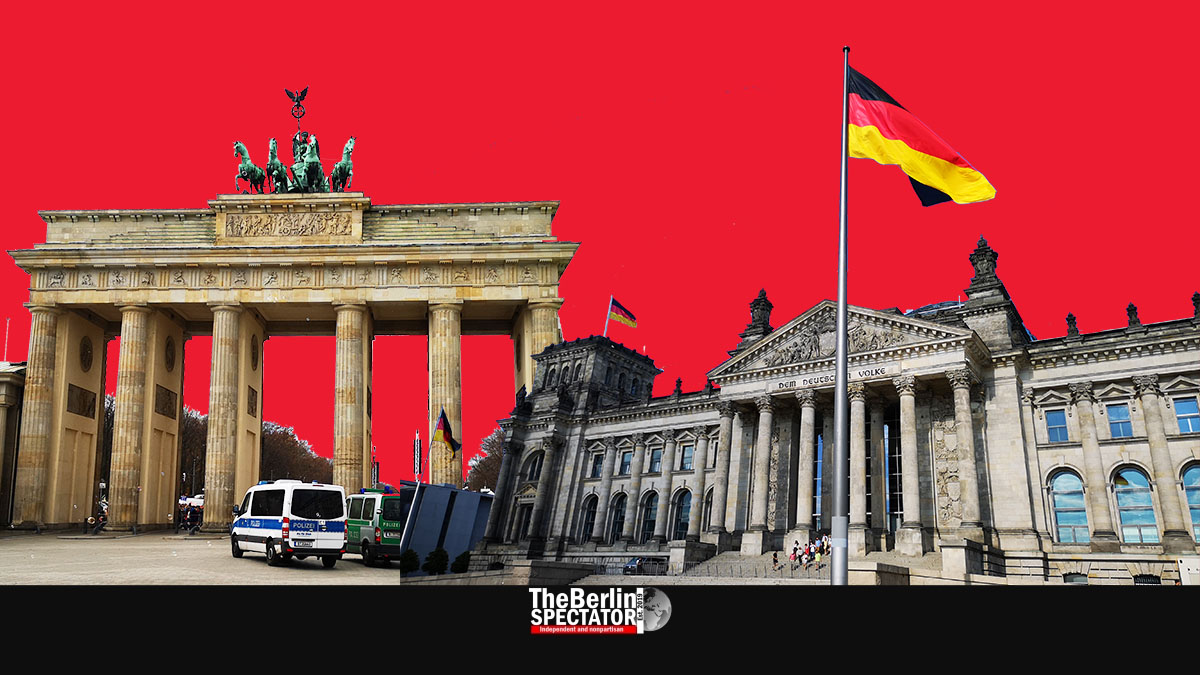 In Germany, the Social Democrats (SPD) may have won the elections for the Bundestag as well as the state elections in both Berlin and Mecklenburg-Hither Pomerania. Both the likely winners and the CDU want to form a government coalition on the federal level.

Berlin, September 26th, 2021. Update: September 27th, 2021, 08:39 a.m. (The Berlin Spectator) — Germany’s general elections are over. According to a first prognosis, the Social Democrats won. Chancellor Angela Merkel’s conservative Christian Democrats and their Bavarian sister party CSU seemed to be the second-strongest political force. But the race was tight while ballots were still being counted.

Because the SPD seems to be less than 2 percent ahead of the CDU in the first prognosis, a victory is not guaranteed.

Apart from the general elections, state elections were held in Mecklenburg-Hither Pomerania and the city state of Berlin. Here, district elections took place as well. Berliners also participated in a referendum about dispossessions of large real estate companies. These are the latest numbers:

On the federal level, Angela Merkel’s CDU has headed several government coalitions since she won against the SPD in 2005. Her era ends as soon as there is a successor and a new government.

In the city state of Berlin, Governing Mayor Michael Müller, a Social Democrat, is running a three-way center-left government coalition with the left-wing Greens and the far-left Die Linke. Müller is calling it quits. He is trying to get into the Bundestag instead. His fellow party member Franziska Giffey will likely be taking over if she actually wins. The Greens in Berlin are strong as well.

Shortly before the polling stations in the capital were supposed to close, there were reports about irregularities. In some districts, the wrong ballots were delivered. The delivery of the right ones took a long time because of traffic jams caused by the Berlin Marathon, which took place on Sunday as well.

In Mecklenburg-Hither Pomerania, the SPD should definitely win. This north-eastern federal state is an SPD stronghold. First Minister Manuela Schwesig is heading a grand coalition with the CDU. It remains to be seen whether she will continue on this path or change horses. With approximately 38 percent, she has the choice.

According to the numbers, a center-left coalition formed by the SPD, the Greens and Die Linke does not seem to be a possibility on the national level, also because the math is in the way. Representatives for the conservative parties CDU and FDP welcomed this development. The center-right FDP could play an important role in the coalition talks and become the kingmaker. Because the Greens are in a similar position, the formation of a government coalition could be challenging and take a while.

Another grand coalition, made up of the SPD and the CDU/CSU (“union parties”), is a possibility, at least mathematically. So are several three-party coalitions.

One aspect of this election night is a relief to all democratic parties: The extremist far-right AfD lost support in all three elections. In the city state of Berlin, they ended up with half the votes they had last time.

Shortly after the first projection was released, the CDU’s chief secretary Paul Ziemiak said his party would conduct talks about forming a coalition on the federal level, even if they remained in second place.

The CDU’s candidate for Chancellor, Armin Laschet, thanked Angela Merkel for 16 years of hard work at the chancellery. He said the election had been a tight race. The final result was not available yet, but the CDU was not happy with the numbers. His party would try hard to form a government coalition of the political center, Laschet stated. His Bavarian colleague Markus Söder of the CSU said the most important aspect was stability.

For the Social Democrats, their candidate Olaf Scholz, who is Germany’s Finance Minister and Vice Chancellor, called the election result a big success. This election night would be long, he predicted. But the voters wanted him to be Chancellor. There were many important tasks to work on. Scholz called for a quick formation of a government coalition.

“This country needs a climate government”, the Green candidate Annalena Baerbock said at her party’s headquarters in Berlin. She conceded her party had not reached its goal to become the strongest party, but the task still was to achieve climate neutrality in Germany.

Christian Lindner, the FDP’s chairman, said his party had been strengthened. He told ZDF TV, democratic parties always needed to talk, including about coalitions. Content-wise his party was closer to the CDU than it was with the SPD.

Dietmar Bartsch of Die Linke said the losses his party had suffered needed to be analyzed. His party needed to ask itself what had gone wrong. On Sunday in the late evening, it was unclear whether Die Linke will be in the next Bundestag. In order to get into the parliament, 5 percent of the vote are required.

Franziska Giffey, the likely winner of the state elections in Berlin, was celebrated by her party. She said the race was tight. “But let’s be confident and thankful”, she suggested. Bettina Jarasch, her Green competitor, said the voters had wanted a strong Green party.

In Schwerin, the capital of Mecklenburg-Hither Pomerania, First Minister Manuela Schwesig (SPD) stated the goal had been to remain the strongest party and to improve the result of the last elections. Both had been achieved. The SPD had a plan for the future. According to her, the election result is the reward for the unity the SPD had shown in her state.