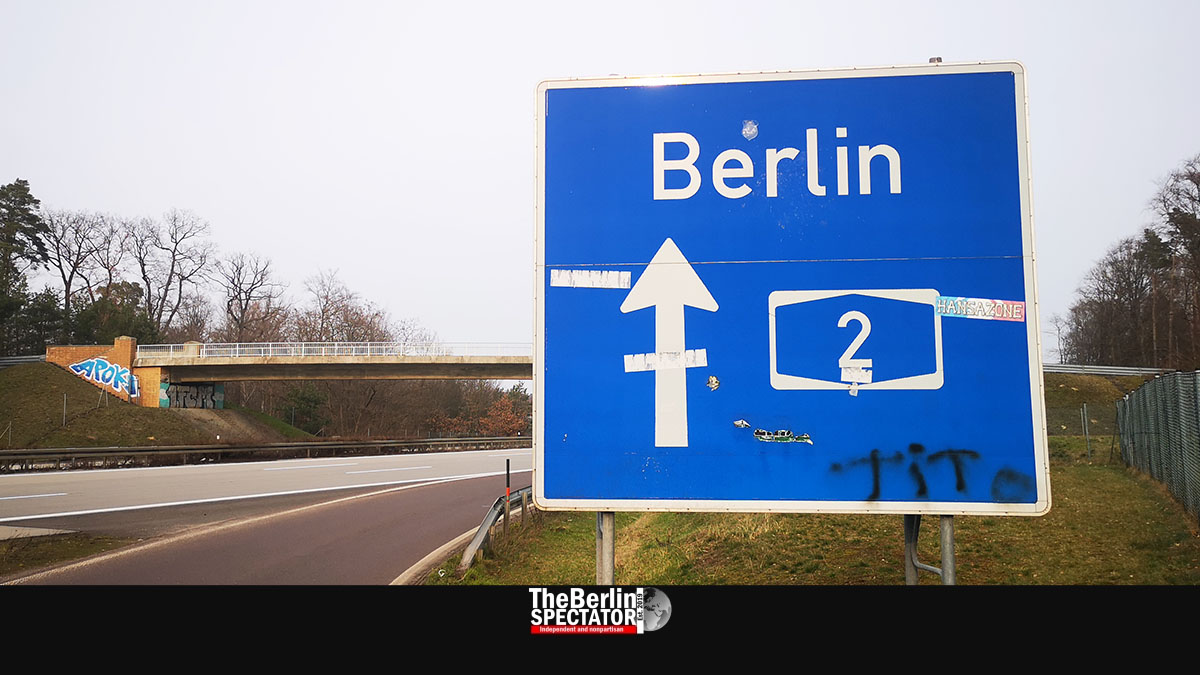 On the day after the German elections, many of those who were victorious are trying to find their roles in Berlin. Others have already found theirs, including losers who are pretending to be winners.

Berlin, September 27th, 2021. Update: 2:31 p.m. CEDT (The Berlin Spectator) — In Germany, quite a few candidates will have to organize moves to Berlin, except for those who already live here. The latter category includes Michael Müller. His profession is Governing Mayor of Berlin, but not for much longer. Recently, the 56-year-old politician from the Tempelhof borough was ousted by his own party, the center-left SPD. So, he looked for a new job and got it.

In the electoral district Charlottenburg-Wilmersdorf, Müller ran for the Bundestag and won. He managed to beat his conservative opponent Klaus-Dieter Gröhler with 27.9 vs. 22.3 percent of the vote. This means Michael Müller will be an MP. Until there is a new Governing Mayor, he will keep on running Red City Hall. In his case, the move to Berlin will be easy, because the German capital is the city he has been governing for seven years. Does all of this make Müller a winner or loser? It seems to be some of both.

His successor, Franziska Giffey, who won Berlin’s state elections in spite of a plagiarism scandal which forced her to step down from her post as Germany’s Family Minister, will not have to worry about moving either. Within weeks, she will become Berlin’s first female Governing Mayor. Right after World War II, from 1947 to 1948, Louise Schroeder was Acting Governing Mayor for a few months, but this is different.

Mrs. Giffey is not a greenhorn. She used to be District Mayor of Neukölln, a very diverse district of the German capital, one which is full of culture, but also problems. This makes her a Berlin expert. Besides, she used the campaign to get back into the subject and talk to absolutely everyone, including people on the street and probably every single tree in the city’s numerous parks.

Armin Laschet is a loser who is selling himself as the winner. With him as candidate, his center-right CDU and its Bavarian version CSU have brought home a catastrophic result of 24.1 percent. Just a year earlier, polls had seen the conservatives at 38 percent. Laschet managed to become candidate for Chancellor even though many of his own people did not want him. The election result is the invoice for this stunt he pulled.

Still, the same Armin Laschet says he wants to form a government coalition for Germany. This plan might look crazy at first glance, because he lost. On the other hand, one of the likely kingmakers, the center-right, pro-business FDP, wants to work with him, meaning the plan might actually be implemented. Laschet was at the top of the CDU’s list of candidates in North Rhine-Westphalia. He now has to worry about shipping his things to Berlin. In Düsseldorf, his colleagues will have to find a new First Minister. This is the job the 60-year-old conservative is giving up. But he is not out of peril. In his own party, some are demanding his resignation.

Everyone has a new mission, it seems. Angela Merkel wants to lead a normal life and bake cake for her husband when her long reign finally comes to an end. This may (or may not) happen before this year ends. The Green’s Annalena Baerbock and Christian Lindner of the FDP, both of whom are winners, sort of, are the likely kingmakers. On the other hand, if they make things too complicated, the SPD and the conservatives might form a new grand coalition. This scenario is not too likely though, since CDU and CSU do not seem to want to become a junior partner.

One thing is certain: Almost everyone will be moving to Berlin. There are 735 MPs at the bloated Bundestag. Many of them are new.

The biggest winner of them all is Manuela Schwesig, the Social-Democratic First Minister up there in Mecklenburg-Hither Pomerania. She got 39.6 percent. This is the kind of result big tent parties used to get on the federal level some decades ago.

You want more losers? Here we go: One of them is Annalena Baerbock, who lost against Olaf Scholz in her election district in Potsdam. Mrs. Merkel’s Chancellery Minister Helge Braun lost his district in Giessen. In Angela Merkel’s former district Vorpommern-Rügen, Anna Kassautzki won, a young SPD candidate.