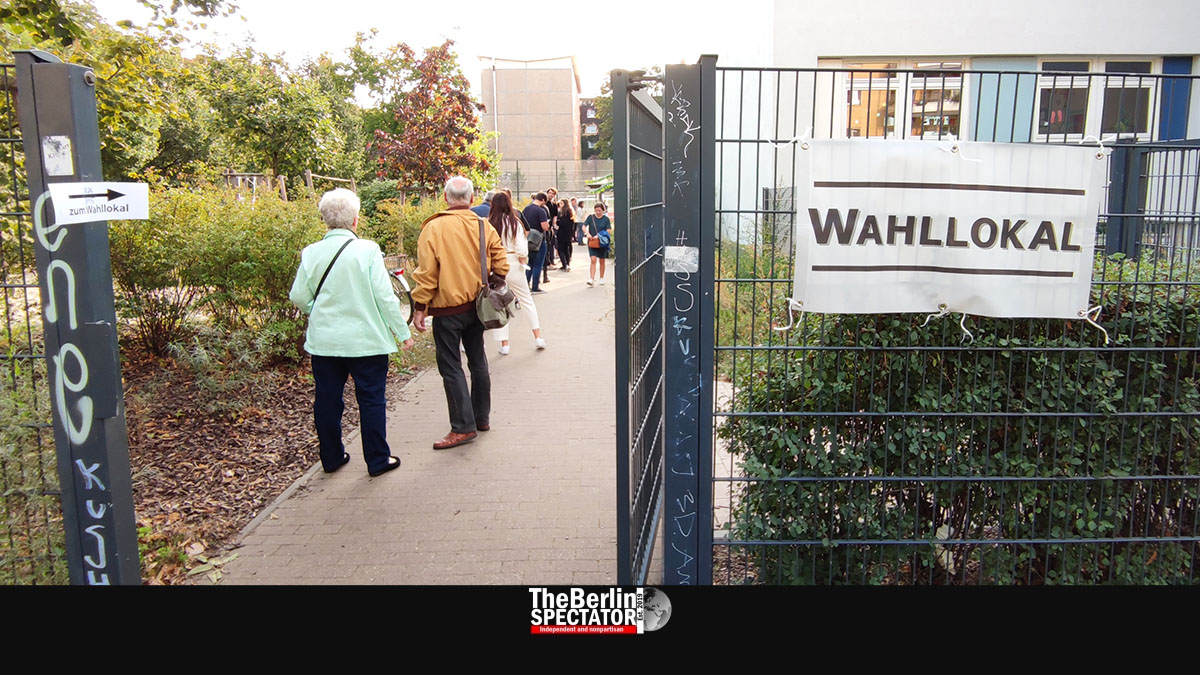 In Berlin, Super Sunday did not run smoothly at all. Missing ballots were reported at some polling stations, the wrong ones at others. Will the election in the German capital have to be repeated?

Berlin, September 28th, 2021 (The Berlin Spectator) — In Berlin, a chaos was registered on Sunday, when voters had to wait in long lines due to several issues. Another problem is that the authorities in charge still do not know what exactly happened, how many voters were affected, how long they waited, how long they voted or how the big mess could have been avoided.

A lot was going on in Berlin on Sunday. Apart from the elections, the Berlin Marathon took place. In the entire city, streets were closed to motorized traffic. Even pedestrians and cyclists could not cross many streets while the 25,000 participants ran by. Because of the irregularities on Sunday, big questions are being asked, including these: Was too much going on in Berlin? Should the elections and the Berlin Marathon have taken place on separate dates?

If there is one person who should know what exactly happened, it is Berlin’s Elections Administrator Petra Michaelis, but even she did not seem to have the full picture yet, when she spoke to the media on Monday. She did concede there were not enough ballots at some polling stations in Berlin and the wrong ballots at others. Mrs. Michaelis also admitted too many voters had waited in lines that had been too long. The details needed to be clarified, she said, including the question until what time voting had been going on. It was supposed to end at 6:00 p.m..

According to Petra Michaelis, more ballots than necessary were printed in advance. Election officers at the polling stations had been responsible for ordering enough of them and making sure they reached the right places. Up to 120 percent of the required ballots had been available, she explained. Accordingly, there should have been more than enough.

Another Berlin official in charge was quoted as saying there had been a high two-digit or a low three-digit number of polling stations at which things had not run smoothly. Complaints about a number of polling stations had been received. When the officials in charge tried to correct the issues on Sunday, they ran into new problems. Because of the Berlin Marathon, cabs that were supposed to deliver missing ballots got stuck in traffic. That is why voters at some spots in the city had to wait even longer.

At a polling station at Greifswalder Strasse in Pankow, Berliners who intended to vote had to wait for 45 minutes on Sunday afternoon. But this location was not the worst one in the city. In spite of the big mess, Petra Michaelis said she did not see any need for stepping down. Whether the elections need to be repeated, al least at some of Berlin’s polling stations, is unclear at this stage.