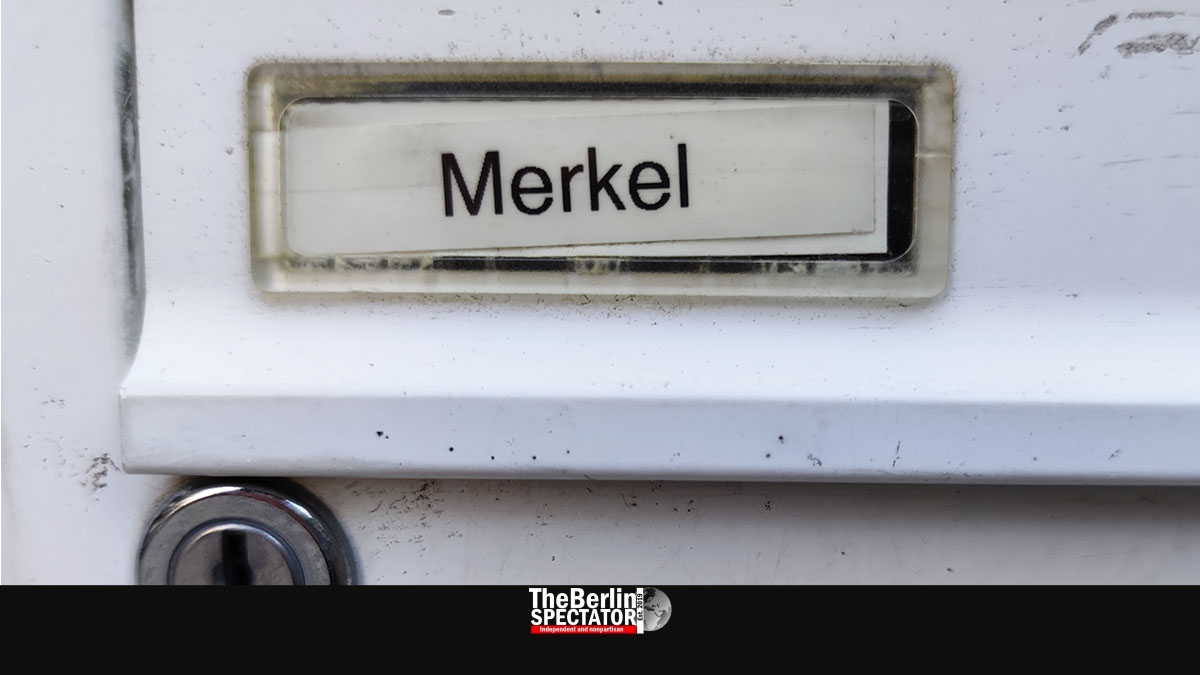 It took my new neighbor sixteen years to make me want to vote for her. But it’s too late now, isn’t it? The least I can do is thank her.

Berlin, September 29th, 2021 (The Berlin Spectator) — Angela Dorothea Merkel, née Kasner, is a fellow Hamburger by birth. One who grew up, studied and graduated in the communist GDR. After sixteen years of doing something known as governing the Federal Republic of Germany, she is tired of it all.

Too many meetings, sessions, speeches, handshakes and journeys. Too many interviews, quotes and photographs. Too many brainstorming sessions, too much problem solving, too many conversations with advisers. She would have gone down in history as a good Chancellor, and the first female one, if she had ruled for four or eight years. What about twelve? Well, it had to be sixteen, right? Just like the late Helmut Kohl, who made her Environment Minister back in the days.

There is not much left of “Kohl’s little girl”, is there? Even before she formed her first grand coalition in 2005, she had matured a lot. My new neighbor never had the inner urge to occupy the center stage. This was the kind of sh*t she left to others. And, yes, many of her party colleagues are better at this. Mother Merkel would rather resolve things and pull strings in the background. This was what she was good at and what I thank her for.

The Berlin Perspective: ‘Hey! Close the Window Before…

Now, she wants to leave it all behind and bake cake for her husband. A well-deserved retirement is just around the corner. I thank my new neighbor for taking Germany through difficult times, including the refugee crisis. To spare you the suspense: She had no choice but to say “Wir schaffen das”, “We will manage”, and we did. Also, I thank her for the mostly good, scientific approach in the ongoing Corona crisis. No, there was no failure on the part of the government in regard to the acquisition of vaccine, no matter how many German headlines suggested otherwise.

I thank my new neighbor for wanting to bake cake, and for her imperfections. Is she the best speaker in the solar system? No. Was she always right? No. Was she always consistent? No. She pulled her conservative party CDU towards the left. By doing so, she became “the better Social Democrat”. She pretended to be more conservative than she actually is, for instance by voting against same sex marriage at the Bundestag. She changed her mind on nuclear power three times in a row until she finally got it right.

Some of her stunts did annoy me. But, all in all, she should be awarded a prize. The Oscar for Chancellors. The Grammy for authentic, reliable politicians. And the award for good moments caught on photos, including the one at which she ended up on an Iberia flight to the G20 summit in Buenos Aires because the government’s Airbus A340 ‘Konrad Adenauer’ gave up yet again.

So, shall I bring her flowers? Or how should I thank my new neighbor? Ready for the answer? Not at all. Because this ‘Merkel’ is neither the departing Chancellor, nor is he or she related, as far as I know.