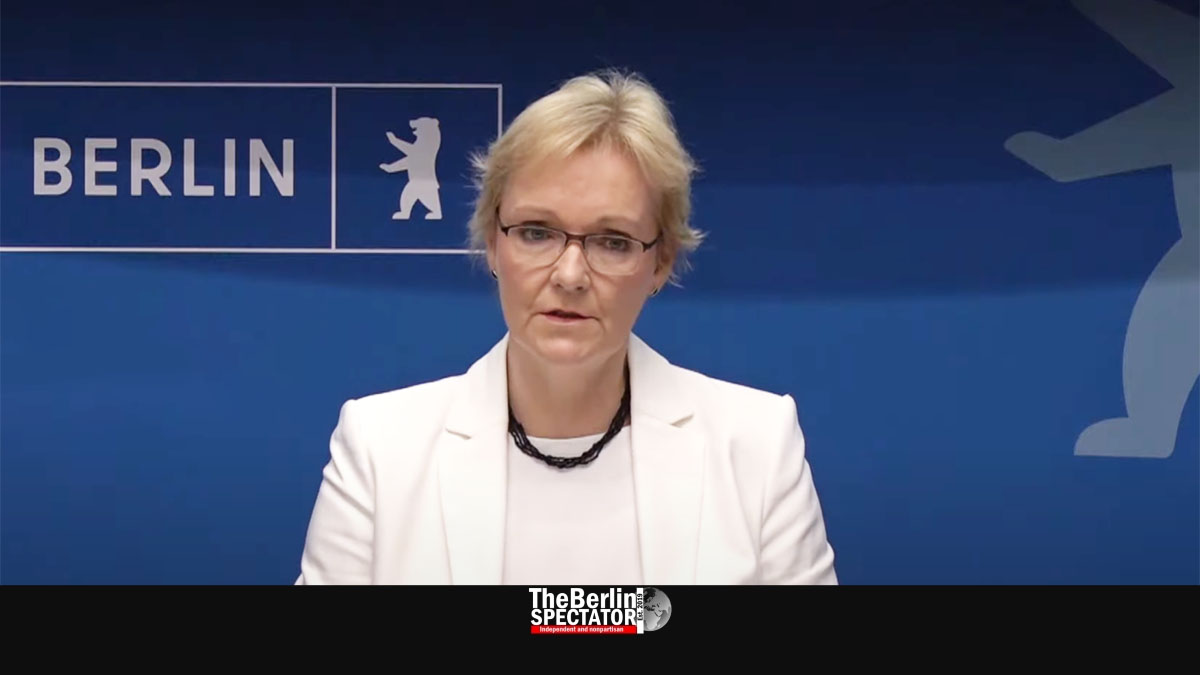 Berlin’s main election official Petra Michaelis just stepped down because of the chaos the German capital drowned in on Super Sunday, when several elections took place. In some election districts, multiple problems arose.

Berlin, September 30th, 2021 (The Berlin Spectator) — Germany is supposed to be a paramount example for democracy, and it mostly is. But what happened in Berlin on Sunday was not paradigmatic at all, but rather a big mess. Now, a few days after Super Sunday, it turns out the problems did not come out of nowhere. They should have been expected because they started at least a month before the election.

According to the RBB radio and television network, election officials noticed issues in August, just after the ballots were printed and distributed. In some boxes, the labels did not match the content, meaning ballots that were supposed to send to certain electoral districts actually were delivered to the wrong ones, even though those in charge knew about the problem. In internal e-mails, the officials in Berlin’s election districts were asked to check whether they had the right ballots. But in some cases, nobody seems to have checked anything. On election day, the issues became evident.

In some districts, the voting process needed to be interrupted because the right ballots had to be delivered first. While more and more people stood in line, waiting for their turn to cast their votes, those who were supposed to take the right ballots to the right polling stations got stuck in traffic because of the Berlin Marathon which took place on the same day. This in itself turned out to be one of many problems.

According to one of her colleagues, Berlin’s chief election official Petra Michaelis knew about the issue with the labels in summer. On Wednesday, she took responsibility and stepped down. In the meantime, the authorities are still trying to get to the bottom of the mess. The RBB found out that there were far too many invalid ballots in 99 of Berlin’s election districts. According to the network’s reports, this aspects points towards irregularities. In some cases, it is still unclear who or what caused them. On top of the fact that the wrong ballots were delivered in several cases, there were not enough of them in others.

Hundreds of voters used the wrong ballots, meaning they voted for candidates of other districts. All of those votes were marked as invalid. In at least two districts, recounts will be done. But this is only the tip of the iceberg. On top of it all, there are Berliners who did not have the opportunity to vote at all. In Pankow and other parts of the German capital, some voters waited in long lines until their polling stations were closed. Some were allowed to cast their vote after 6:00 p.m., when the polling stations were supposed to be closed already. Others were sent home even though they had not voted yet. If there is anything that should definitely not happen in a major democracy, it is this. The investigation into the problems continues.

On Sunday, September 26th, 2021, three elections and one referendum took place in Berlin. The latter was about dispossessions of large real restate companies, while the elections were for the Bundestag, the Berlin House of Representatives and the city’s district assemblies. Because Germany’s parliamentary elections were trend-setting for several reasons, including the fact that Chancellor Angela Merkel is calling it quits after 16 years and because of the Corona pandemic, the turnout was high on Sunday, even though many Berliners had decided to vote by mail beforehand.