Consultations Galore in Berlin: SPD and CDU Schedule Talks with FDP and Greens 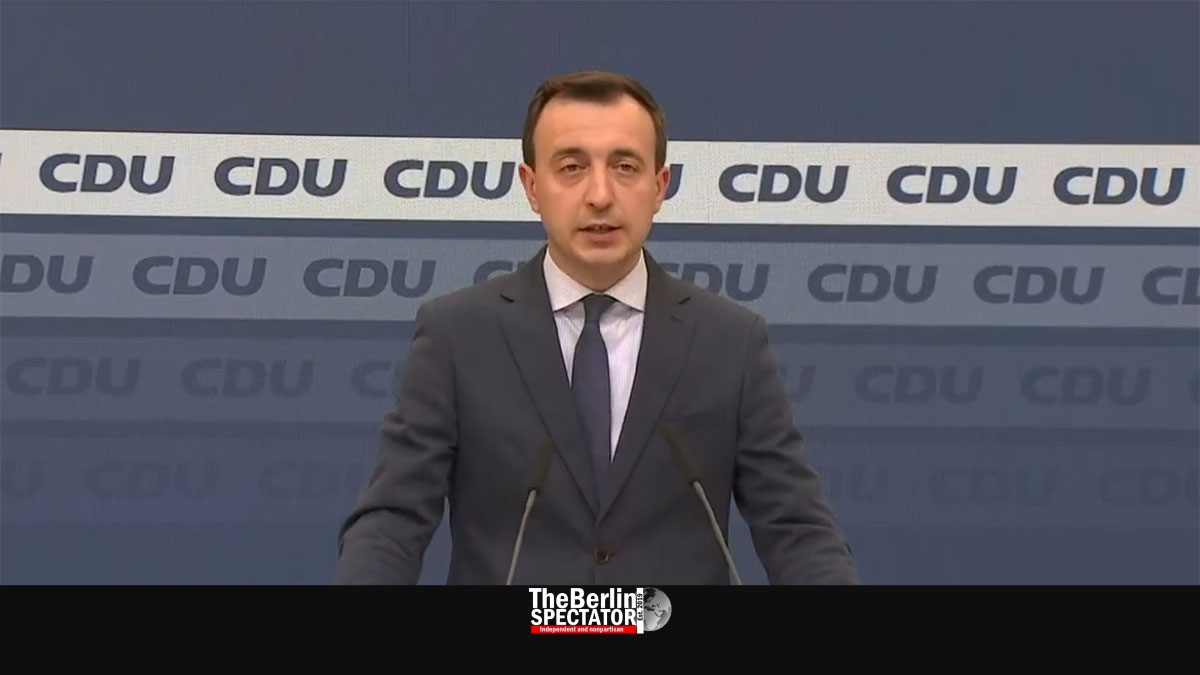 In Berlin, the center-left Social Democrats and the center-right CDU/CSU have scheduled consultations about a cooperation with the smaller parties FDP and the Greens in a future government coalition for Germany. Most of them are supposed to take place this week.

Berlin, September 30th, 2021 (The Berlin Spectator) — The week is almost over. Still, both the election winners and losers are sparing no effort to organize separate consultations with the two likely kingmakers. On Friday, the left-wing Greens and the center-right FDP intend to hold their second meeting since Super Sunday. They announced their delegations would be larger this time. On Tuesday, the Green chairpersons Annalena Baerbock and Robert Habeck, the FDP’s chairman Christian Lindner and the party’s secretary general Volker Wissing had held a first round of consultations.

The purpose of those meetings is to establish if there is enough common ground in regard to the policy fields that are considered important in Germany, including the climate policy, the Corona policy and the fiscal policy, ahead of the talks scheduled with the big players SPD and CDU. During the election campaign, and even before, the FDP and the Greens had constantly ridiculed and criticized each other. Turning this atmosphere into good relations is the aim. So is talking about possible compromises.

Sunday is Germany’s Unity Day. Still, lots of meetings are supposed to take place. The Social Democrats (SPD) will have their first, separate talks with the Greens and the FDP. Finance Minister Olaf Scholz’ party clearly won the elections for the Berlin Bundestag on Sunday and plans to form the next coalition government. But they are not the only ones. Armin Laschets Christian Democrats (CDU) and their Bavarian sister party CSU have the same idea. But they had scheduling issues, also because the CSU’s former chairman Edmund Stoiber celebrates his 80th birthday. Everyone is invited, meaning nobody has the time.

That is why the conservative ‘union parties’ scheduled their first encounter of the Green kind for Tuesday of next week. This is what the CDU’s party secretary Paul Ziemiak (photo at top of page) announced. But they did manage to squeeze in a round of consultations with the FDP un Sunday in the early evening.

Of course, the whole thing is complicated. The CDU, CSU and FDP are closer to each other on a number of subjects. The same applies to the SPD and the Greens. But since a three-way coalition is needed as long as the two big parties do not form another grand coalition, the conservatives and the Greens, or the SPD and the FDP, will have to cooperate somehow, in spite of their differences.

Not everyone is convinced the ‘Union parties’ should form a government, including Saxony’s First Minister Michael Kretschmer, a CDU member. He believes the party needs to revolve and let the election winners govern the country. Commerce Minister Peter Altmaier expressed a similar opinion. From the outside, the verdict is even harsher. For the Greens, Katrin Göring-Eckardt, their floor leader at the Bundestag, stated the ‘union’ was not in the right state to govern or to negotiate right now. “This club is obviously not prepared at all for the post-Merkel era”, she said.

While the conservatives want to build what the Germans call a “Jamaica coalition”, with the FDP and the Greens (the flag’s colors match those of the parties that would be involved in this model), the SPD is planning to put together a “traffic light coalition” with the same two parties (here, the party colors match those of traffic lights). The consultations and the official negotiations could drag on for months.