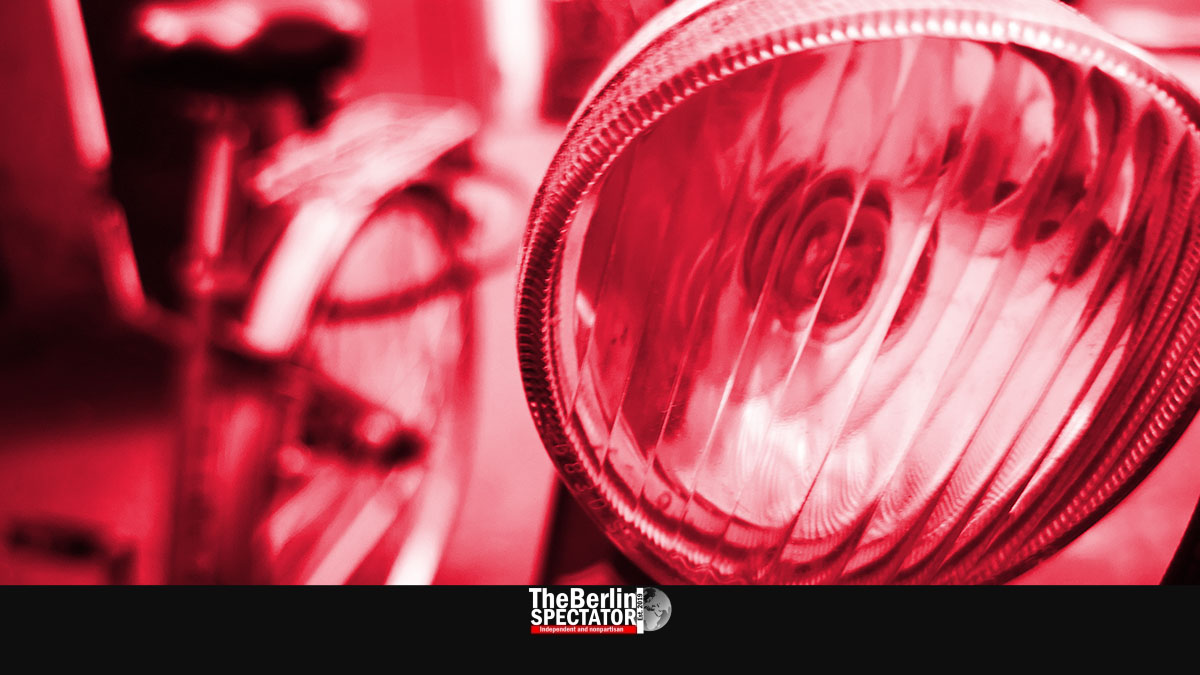 In Berlin, a young woman on a bicycle was run over by a truck that made a right turn and died on the scene of the accident. On Sunday, the victim will be commemorated.

Berlin, October 2nd, 2021 (The Berlin Spectator) — A cyclist was killed on Friday in Berlin’s Gesundbrunnen neighborhood. The 29-year-old woman was run over by a truck in yet another right-turn accident. She is the ninth cyclist to die on the streets of Berlin since this year commenced.

According to the Berlin Police Department, the victim was riding along Schönwalder Strasse. At the intersection with Reinickendorfer Strasse, she intended to go straight ahead towards Fennstrasse. A truck next to her “suddenly” turned right, the initial police report says. The woman was knocked down and injured so badly that she died at the scene. An emergency doctor conducted resuscitation procedures, but could not save her.

The police says, the 43-year-old truck driver was in a state of shock, but did not need medical treatment. After the accident, the entire intersection was blocked. Buses and other traffic needed to be rerouted while experts collected evidence on the ground and from above. The Police Department’s Office for Traffic Offenses is running the investigation.

A spokesperson for the German Cyclists Association (ADFC) told The Berlin Spectator the victim of this latest deadly accident would be commemorated, most likely on Sunday. Whenever cyclists die in accidents, the organization place a white bicycle at the scene of the accident in a ceremony. Dozens of Berliners usually take part. Another cyclist who died on Wednesday was going to be commemorated as well. The 86-year-old man was riding his bike along Pölnitzweg in Buch. So far, it is unclear why he fell. When he did, he suffered serious injuries to his head. A few hours later, he died at a hospital.

Out of nine cyclists who have died in accidents this year, four were victims of right-turn accidents which involved large trucks. Not all vehicles of this kind are equipped with modern sensors which can prevent these kinds of accidents from happening. In March of this year, two women died when they were run over by heavy vehicles that made right turns. They were 56 and 66 years old. On May 28th, a 28-year-old lady was killed in a similar accident.

The issue is that the drivers of large trucks do not see what is going on right next to them, on the right, if they do not have extra rear view mirrors that are turned into a certain position, meaning there is a blind spot. As a cyclist, the right thing to do is to let large trucks pass, no matter who has the right of way. Standing or cycling next to them, especially on their right, should be avoided at all cost.