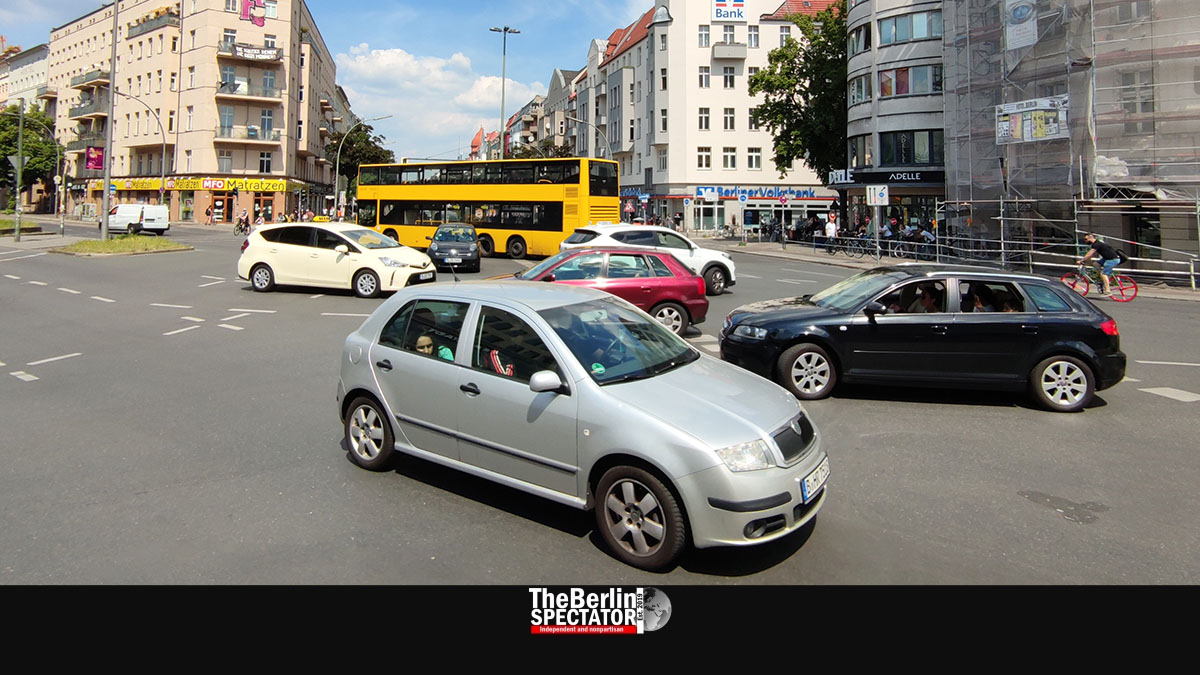 The Berlin Police Department has caught more than 18,000 traffic participants who were responsible for offenses in September alone. Does anyone actually adhere to the traffic rules on the streets of the German capital?

Berlin, October 2nd, 2021 (The Berlin Spectator) — These days, the leaves on Berlin’s hundreds of thousands of trees are turning yellow, orange and brown. Millions of them have already detached from their trees. Now, they are all over the streets and sidewalks. So are contemporaries who do not seem to believe the traffic rules were put in place for them.

In September, no efforts were spared, when thousands of officers sent out by the Berlin Police Department tried to establish law and order, while far too many motorists who move back and forth in Germany’s largest city at any given moment attempt to get away with traffic offenses. In many cases, the offenders do not only put themselves in danger, but other traffic participants as well.

Every month, the police conduct “traffic safety actions”, meaning they concentrate on certain intersections, areas or specific kinds of offenses when they stop motorists, cyclists and even pedestrians. They talk to them, warn, fine and even arrest them, depending on what they did. These days, one of the big dangers in traffic is distraction. Instead of keeping their eyes on the street, people stare at their smart phone screens. Because of this issue, the police worked on prevention in September. Officers talked to 2,453 on the streets of Berlin and explained the dangers to them. According to the Berlin Police Department, only seconds of inattentiveness can and do cause serious accidents.

At 404 stationary and 321 mobile control points, police officers checked exactly 8,629 motorists last month. And what did they register? As many as 6,317 offenses in moving traffic, 12,246 offenses in stationary traffic, and even 325 criminal traffic offenses. As many as 121 motorists the police caught did not have valid driver’s licenses. More than 1,800 traffic participants used their cell phones while driving cars or riding electric scooters or bicycles. In September, 110 drove under the influence of alcoholic beverages, 28 under that of illegal drugs.

Far too many Berliners and visitors ignored red traffic lights, including 312 motorists, 541 cyclists and 73 persons on e-scooters. Almost 500 cyclists were caught riding on sidewalks. Among motorists, speeding is one of the biggest problems. With mobile radar traps, Berlin’s police officers established 770 offenses of this kind. In 49 cases, the drivers got driving bans for at least a month. One person was caught with a speed of 167 km/h (104 mph) in an 80 km/h (50 mph) zone, another raced through a 60 km/h (37 mph) zone at 125 km/h (78 mph).

The Berlin Police Department did not have to announce that it would continue checking motorists, cyclists and other traffic participants in October, but they chose to do so anyway.