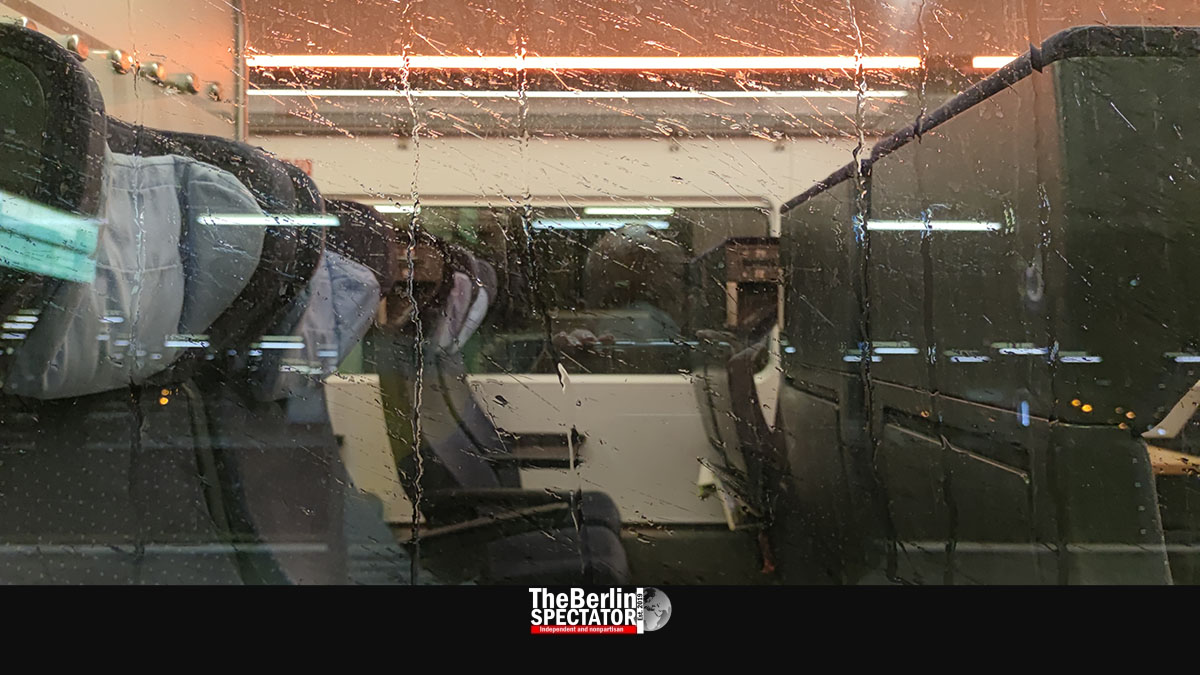 Deutsche Bahn will make its passengers pay more, but neither force them to prove they were vaccinated against COVID-19 nor require negative Corona tests. In the meantime, the state-owned company is fearing new walkouts.

Berlin, October 2nd, 2021 (The Berlin Spectator) — In mid-December, Deutsche Bahn will increase its ticket prices substantially. Long-distance trips will cost 1.9 percent more, on average. This is the biggest price hike in nine years. Commuters, business travelers and tourists are affected. Deutsche Bahn’s ‘Flexpreis’ tickets are supposed to cost 2,9 percent more than they do now. The same applies to ‘Bahncards’ which give their owners rebates for a year. On the other hand, budget price train tickets will still be offered from 17.90 Euro (20.77 U.S. Dollars or 15.32 Pounds Sterling).

According to Deutsche Bahn, this is a “moderate fare adjustment”. It was far lower than Germany’s general rate of price increases. Indeed, the latter stands at 4.1 percent. Still, many Germans will feel the fare price increase, especially those who depend on Deutsche Bahn on their way to work in another city or area. The company is trying to cut its losses as much as possible. During the first half of 2021, Deutsche Bahn lost 1.4 billion Euro (1.62 billion Dollars or 1.2 Pounds).

Soon, it might lose even more. That is because another strike might be organized. Recently, Deutsche Bahn struck a deal with the union GDL which represents locomotive engineers. Now, the next union, EVG, listed demands too. Those include a Corona bonus in the amount of 1,500 Euro (1,739 Dollars or 1,284 Pounds) per employee, an increased social fund and an annual mobility payment for everyone. With its walkouts, the GDL had recently messed up Deutsche Bahn’s schedule twice, for several days in a row. Most trains were out of service.

In the meantime, Deutsche Bahn’s passengers will not need Corona vaccinations or negative Corona tests in order to board its trains, at least for now. Because of the danger posed by the ongoing Corona pandemic, the federal government had announced it would check whether people could be required to prove they were either vaccinated against COVID-19, cured from the disease, or tested with a negative outcome, when they board trains.

The result is in: It will not happen, for two reasons: Checking everyone who travels on Deutsche Bahn’s thousands of trains every day is just now feasible. According to the Transport Ministry in Berlin, requiring vaccinations or tests is not possible from a legal perspective either. Besides, the effort required to check all passengers would be huge. The departing Chancellor Angela Merkel, and her possible successor, Vice Chancellor Olaf Scholz, had wanted to force passengers in trains and on airplanes to show Corona vaccination certificates or negative tests.

On Friday, spokesman Steffen Seibert announced, the acting federal government, or the next one, would think about additional measures in case the Corona situation deteriorated yet again. But, for now, the situation was relatively stable, thanks to the vaccination campaign and the strict Corona rules in many areas.