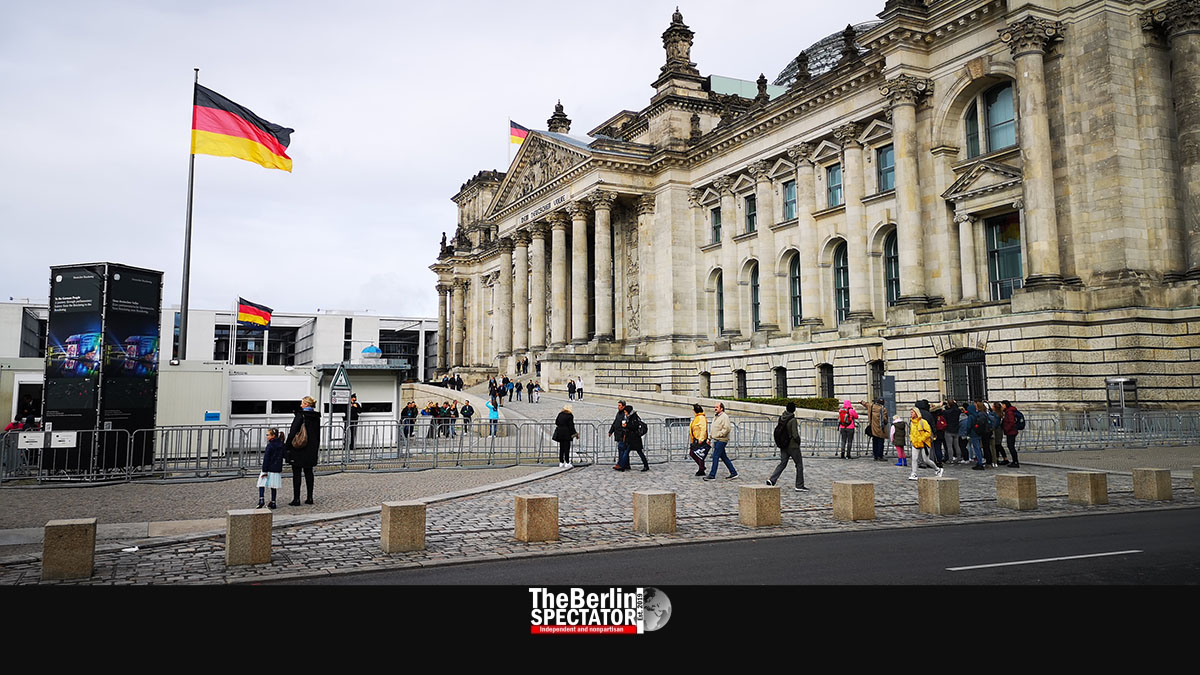 More than a week after the general elections in Germany, the parties involved in preliminary coalition talks do not seem to be making headway. Contrasting interests are causing problems.

Berlin, October 5th, 2021 (The Berlin Spectator) — In the north-eastern part of Germany, lots of preliminary talks about forming government coalitions are taking place, in many constellations. Mecklenburg-Hither Pomerania is the least complicated case. First Minister Manuela Schwesig, a Social Democrat (SPD), the clear election winner, started talking to the conservative Christian Democrats and other potential junior partners for her future government coalition on Friday. Nothing seems to be spoiling things up there in the state capital of Schwerin, at least so far.

Mrs. Schwesig has several options. She can choose to form a new edition of her grand coalition, except the CDU would likely get less ministries because it shrunk substantially in the state elections on Super Sunday. The next option is a coalition with the far-left ‘Die Linke’. A ‘traffic light coalition’ with the center-right FDP and the Greens is another possibility. No actual coalition talks have been announced, so far. But observers are confident it will happen soon.

In the city state of Berlin, the SPD has quite a few options as well. Election winner Franziska Giffey, who will most likely be Governing Mayor, could govern with the left-wing Greens and the far-left ‘Die Linke’, like Governing Mayor Michael Müller, who will remain in office until a new government is ready to rumble. But Mrs. Giffey may favor a more conservative approach, as opposed to many left-wingers in her own party. There are differences with ‘Die Linke’. The two parties have very different ideas about how to fight Berlin’s affordable housing crisis. While ‘Die Linke’ insists on dispossessing real estate companies, especially after a majority of voters supported the idea in a (non-binding) referendum on Super Sunday, Franziska Giffey and her people reject any such thing.

In this regard, and connection with other subjects, the SPD has more in common with the conservative CDU. On Monday, preliminary talks between the two parties took place, after Franziska Giffey’s team had talked to the Greens, ‘Die Linke’ and the FDP. Kai Wegner, the CDU’s chairman in Berlin, was satisfied. He said the talks had been “constructive” and had shown many commonalities, but also some differences. Saying nothing in many words is an art form many Berlin politicians, both local ones and their colleagues on the federal level, are pretty good at.

But, of course, there is a reason behind this kind of talk. In Mecklenburg, the city state of Berlin and in the German capital, which happens to be the same city, the parties involved in preliminary coalition talks agreed to keep silence on the exact content, because they do not want the entire country to join the discussion or to develop expectations before there is more clarity. The silence worked rather well, except in one case.

On the federal level, the FDP’s Johannes Vogel accused the CDU of having leaked “alleged content” from the preliminary talks the two parties had held last weekend. According to the ‘Bild’ tabloid, the FDP told the conservatives of the CDU it was ready for a coalition with them and the Greens, a partnership known as ‘Jamaica coalition’, but the Greens needed to be “pulled over” in order to make it happen. ‘Bild’ must have gotten the information from somewhere. It is no secret the FDP would prefer to team up with the CDU and its Bavarian sister party CSU, but there is a slight problem: The conservatives lost the election. Also, the Greens have other preferences. The leak raises questions, including this one: Is the FDP slowing things down in order to increase the chances for a ‘Jamaica coalition’?

The Social-Democratic election winners intend to hit the kickdown, meaning they want to leave those preliminary talks behind and cut to the chase. But convincing the FDP to play ball does not seem to be easy. The unresolved leadership struggle within the CDU does not exactly help the conservatives. Nor does their catastrophic election result. At the end of the day, a lot depends on the FDP. If and once they decide to become part of a ‘traffic light coalition’ headed by the SPD, the ongoing talks can be pulled out of the stall they are in right now.

The Berlin Spectator needs your support. Would you consider helping us to make ends meet?
There are several ways:
> You can support us via Paypal.
> You can become our patron at Patreon.
So far, we have six patrons. We are very thankful, but we need many more supporters.
Help The Berlin Spectator grow and become more stable. The truth is that we have not been able to resolve our monetization issue since this publication was founded in early 2019.
We appreciate your support more than you think.