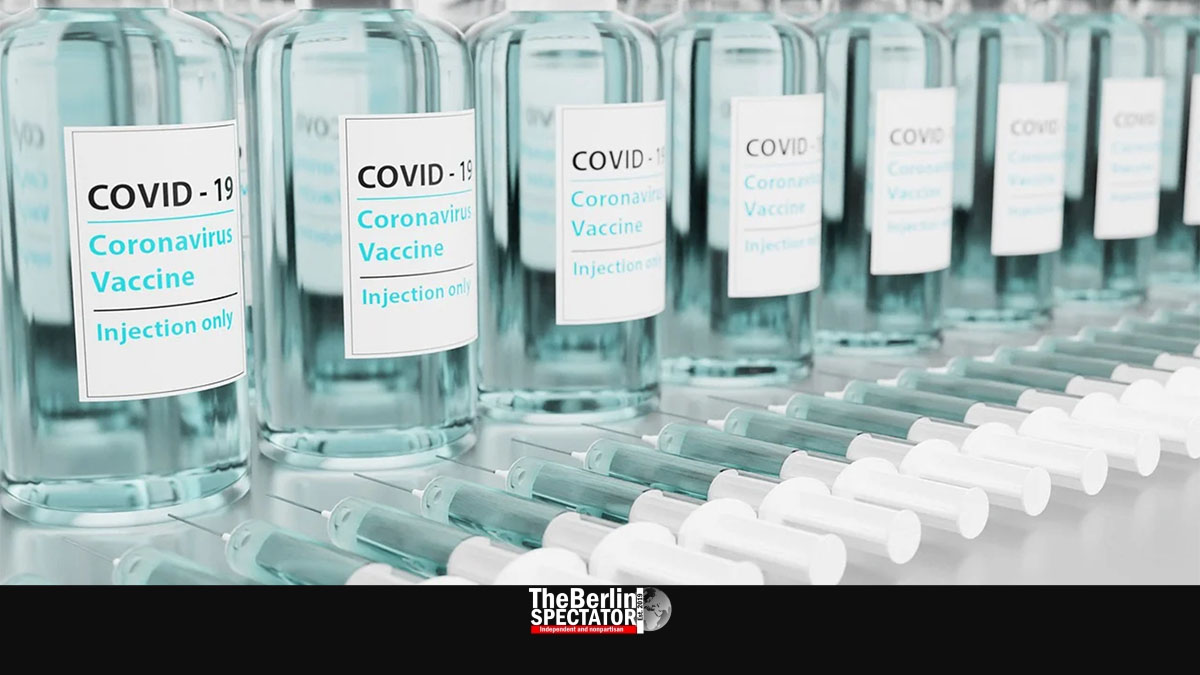 The city state of Berlin has eased its Corona rules slightly: Persons who cannot be immunized against COVID-19 will still be allowed to enter places in which vaccinations are usually required, if they have negative PCR tests. Soon, people will be charged for the latter.

Berlin, October 6th, 2021 (The Berlin Spectator) — Since the Corona pandemic hit Germany 617 days ago, the city state of Berlin has changed its Corona rules countless times. It just happened again. Two parts of the regulations were amended because they were supposed to become more just.

Certain businesses and venues follow what the Germans call “2G” rules. This means only individuals who have either been vaccinated or cured from COVID-19 may enter. Recently, a big question arose: Why would persons who cannot be vaccinated for medical reasons be excluded from certain events or from entering clubs or cultural venues? There already was an exception for children under the age of 12 because there is no Corona vaccine for them. Now, adults who cannot be immunized may enter places under “2G” rules as well. But they need a document from their doctor which proves they cannot be vaccinated, and a PCR test with a negative result.

On Tuesday, the Berlin Senate took the decision to ease the rules accordingly. The changes will kick in on Sunday, after they were announced in Berlin’s official bulletin. According to Berlin’s Finance Senator Matthias Kollatz, PCR tests are “the safest instrument we have, apart from vaccinations”. For children and adolescents, rapid Corona tests would suffice, he stated. Those “2G” rules are rather complicated. For instance, individuals who work in businesses or venues that follow them need to be vaccinated or cured as well, unless they do not come in contact with visitors or customers. In the latter case, they are exempt in the sense that Corona tests are good enough.

In Berlin and other federal states in Germany, certain places, such as dance clubs and saunas, need to follow “2G” rules according to which only vaccinated and cured persons may enter. Other places, such as cultural venues, can decide themselves whether they want to welcome unvaccinated people as well, if they have negative COVID-19 tests. This is the “3G” rule. The advantage of the “2G” rules is the fact that masks and keeping one’s distance are not required when they apply. This aspect is not supposed to change, in spite of the new exception.

At events that take place under “2G” rules, there will not be limits in regard to the maximum number of visitors anymore. This is the second change the Berlin Senate chose to include. Because of this step, organizing huge concerts or sport events might become more attractive for promoters, 20 months after Corona reached Europe.

On the national level, a big change is coming up. Starting on Monday, October 11th, 2021, the state will not pay for Corona tests anymore, in most cases, meaning people will have to pay for them themselves. The federal government applied this change because most Germans and residents of other nationalities have been offered Corona vaccinations, meaning it was their choice not to get immunized. At the same time, it is their own money they will be spending on tests, for instance when they want to visit events in which “3G” rules apply. The new approach on tests is supposed to put pressure on people who have not been vaccinated. Besides, it will save money.

There are quite a few exceptions though. Persons who did not have the opportunity to get vaccinated on time do not have to pay Corona tests themselves. The same applies to people without COVID-19 symptoms who are in quarantine, children younger than 12, and persons younger than 18, but they will be charged from January 1st, 2022. Pregnant women do not pay. Nor do foreign students who were immunized with vaccine brands that were not recommended by Germany’s Paul Ehrlich Institute. People who cannot be vaccinated for medical reasons will not be paying either.

The Berlin Spectator needs your support. Would you consider helping us to make ends meet?
There are several ways:
> You can support us via Paypal.
> You can become our patron at Patreon.
So far, we have six patrons. We are very thankful, but we need many more supporters.
Help The Berlin Spectator grow and become more stable. The truth is that we have not been able to resolve our monetization issue since this publication was founded in early 2019, and that we are on shaky ground.
We appreciate your support more than you think.