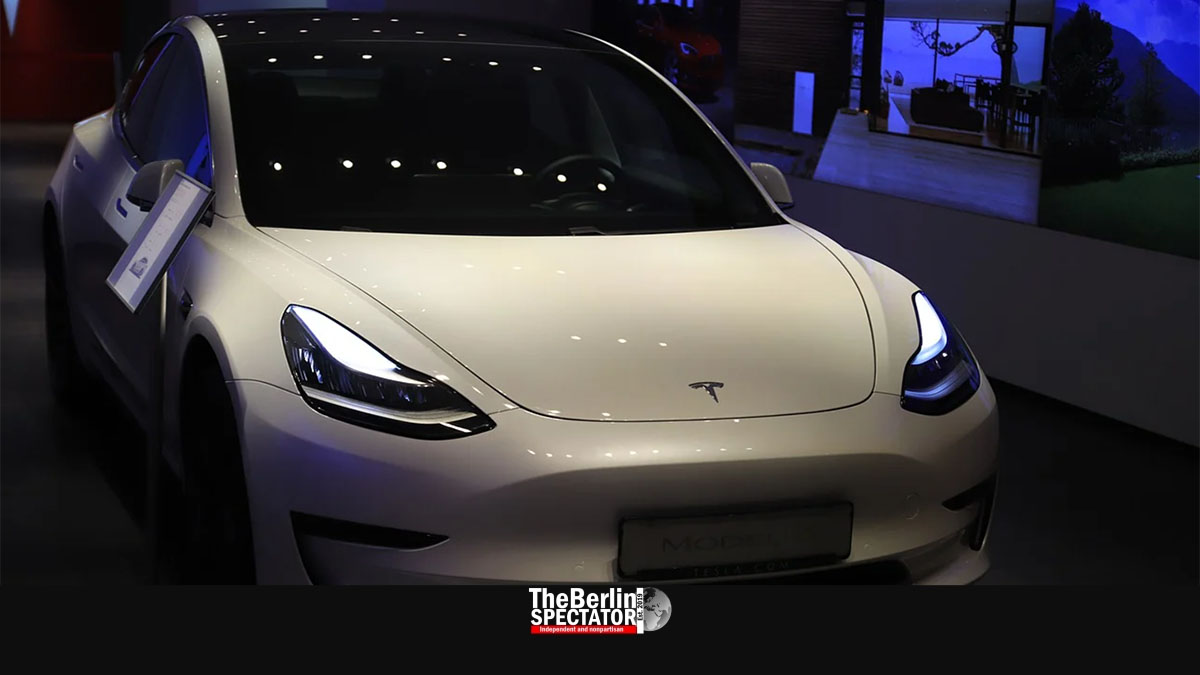 According to the latest vehicle registration numbers for Germany, Tesla’s Model 3 came extremely close to the country’s bestseller Volkswagen Golf last month. In Golf country, this is quite an achievement.

Berlin, October 8th, 2021 (The Berlin Spectator) — Trying to sell American cars in Germany used to be like importing mediocre Appenzeller cheese to Switzerland. It did not work. Sure, there were some specialized dealerships for a bunch of die-hard fans who would get their 1979 Cadillac Seville or their 1996 Chevrolet Suburban, meaning those who really wanted to lose fortunes at the gas station would find a way to do so. Today, a few Dodge RAMs move around in Berlin. The owners are mostly men who are addicted to the V8 sound those vehicles produce. And there is Tesla.

The Californian company, which is in the process of constructing a ‘Gigafactory’ in the Freienbrink industrial zone located just outside Berlin, in Brandenburg province, is an exception in many ways. In September, it actually managed to come very close to Germany’s bestseller Volkswagen Golf with its Model 3. According to the Federal Motor Transport Authority, exactly 6,886 eighth generation VW Golfs were registered in Germany last month, and 6,828 Tesla Model 3s. The difference is 58.

Sure, Volkswagen offers many more models than the Californians do. By now, those include the fully electric ID.3 (2,694 sold in September) and ID.4 (1,019). The registration numbers since January 1st, 2021, are very different. While 393,519 Volkswagens were registered this year, so far, the number of Teslas is 25,970. But coming so close to the Golf’s registration numbers is a success which is likely causing rather bad headaches at Volkswagen’s headquarters in Wolfsburg.

It is no secret that the German auto industry overslept the beginning of the age of electric mobility. Its representatives even laughed at those Americans who were converting Lotus Elises by shoving electric motors and batteries up their rear. Now, a decade later, nobody is laughing. From the perspective of Germany’s big car makers the task is to beat Tesla. Since their failure to notice the sign of the times they have made some headway. Other European manufacturers are on the case too.

Polestar, Volvo’s new electric brand, registered 311 registrations in September. Mercedes Benz’s electric EQS models do not show in the main statistics because the numbers are still too low. BMW sold 969 I3s and 405 IX3s, which are electric as well. Last month, 779 Audio E-TRON and 75 ER-TRON GTs were registered in Germany. Nobody, except for Tesla, comes even close to the non-electric or partially electric Golf, depending on the version.

Other American brands have some catching up to do too. Twenty Cadillacs were registered last month, in the land of bread, cake and sausage. The global player Ford sold 97 Mustangs. Jeeps are being seen on German roads too. In September, 1,052 additional ones got German number plates. In comparison, Tesla’s market share is huge. Once the ‘Gigafactory’ in Brandenburg is operational, it will likely increase further. Overtaking the Golf in Golf country might only be a question of time. The Teslas manufactured in Freienbrink will carry the ‘Made in Germany’ tag, but they will still be American products.