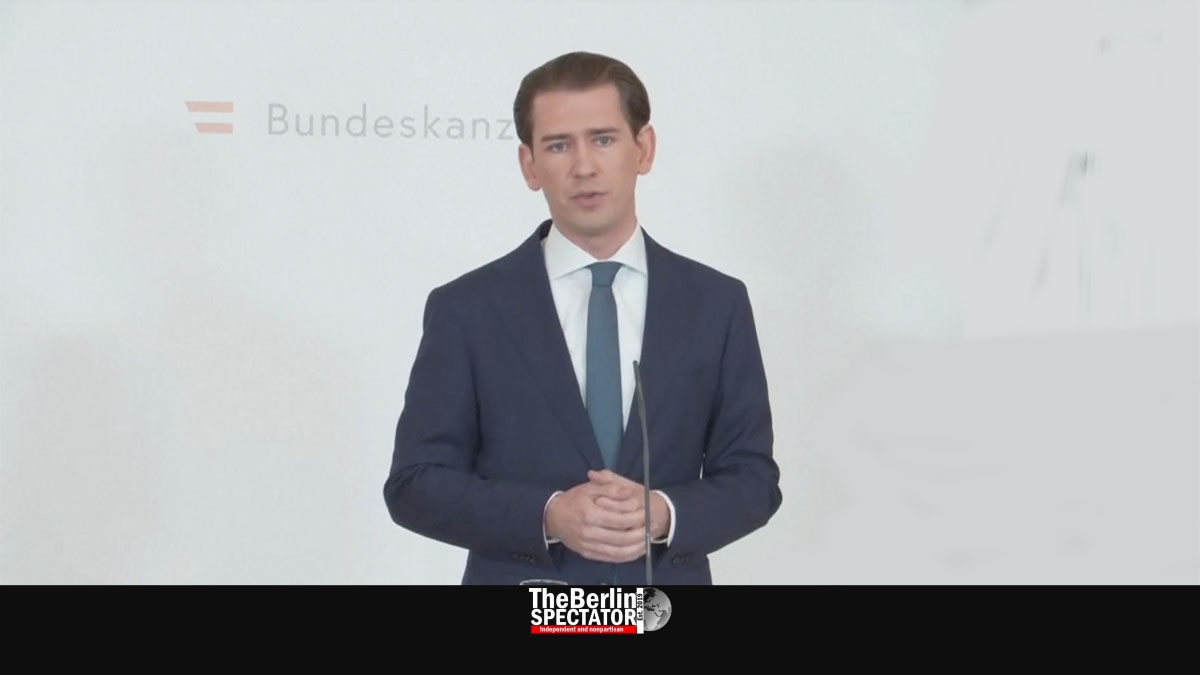 In Vienna, Chancellor Sebastian Kurz announced his resignation on Saturday. The pressure had increased when even his coalition partner, the Greens, turned away from him. This is about serious allegations.

Berlin, October 10th, 2021 (The Berlin Spectator) — In May of 2019, Chancellor Sebastian Kurz had a major problem. Vice Chancellor Heinz-Christian Strache and another high-ranking representative of the FPÖ, Kurz’ far-right coalition partner, held a meeting with an alleged niece of a Russian oligarch in Ibiza. With her, they discussed purchasing Austrian media in order to get a favorable coverage of their party, meaning they clearly showed they were ready for illegal, corrupt activity. The whole thing exploded in their faces because it was caught on video. On May 17th, 2019, two German media, the ‘Spiegel’ weekly and the ‘Süddeutsche Zeitung’ daily, published the scandalous footage online.

As a result, the Austrian government coalition headed by the youngest Chancellor ever, namely the 33-year-old Sebastian Kurz of the conservative ÖVP, imploded. It took a day until Strache stepped down. But his resignation was only the beginning. Shortly after the scandal broke, Chancellor Kurz said the FPÖ had shown that it could not govern. This was four months before he won new elections which had become necessary, seven months before he had a new government coalition, with the Greens, and close to two and a half years before he was forced to step down himself, because of allegations that had similarities with those against Strache.

Sebastian kurz denies all accusations. On Saturday, he stated he was stepping down as Chancellor, but wanted to continue working as an MP for his ÖVP. Kurz, who is 35 years old by now, vowed he would prove the allegations against him were false. His Foreign Minister, Alexander Schallenberg, is supposed to take over as Chancellor.

The latest political scandal that just rocked the small Republic of Austria is about accusations according to which polls published in the ‘Österreich’ newspaper, which helped Kurz’ career, were financed with tax payer’s money. Phony invoices were allegedly used. In return, the Finance Ministry in Vienna allegedly placed expensive ads in the same publication. All of this supposedly happened in 2017, before Sebastian Kurz became chairman of the ÖVP and Chancellor, and two years before the Ibiza scandal.

“This step is not easy for me”, Kurz said on Saturday evening. On the other hand, it was irresponsible to head into a phase of chaos. “The country is more important than myself”, he stated, and thanked his party for the support he had gotten. All of a sudden, Kurz does not seem like a natural anymore, but a tragic figure. It could take years until he can either prove his innocence, or until he might be convicted. The latter would end his political career for good.

In 2010, at age 24, Sebastian Kurz was part of Vienna’s city council. A year later, he was State Secretary for Integration. Soon, he would be an MP, just before he became Foreign Minister of Austria at age 27, a position he held from 2013 to 2017. In May of 2017, when he became chairman of the ÖVP, he was already a star. In the elections of October of 2017, his name was even used on the ballots. He won. Until the latest scandal broke, Kurz looked like a star.