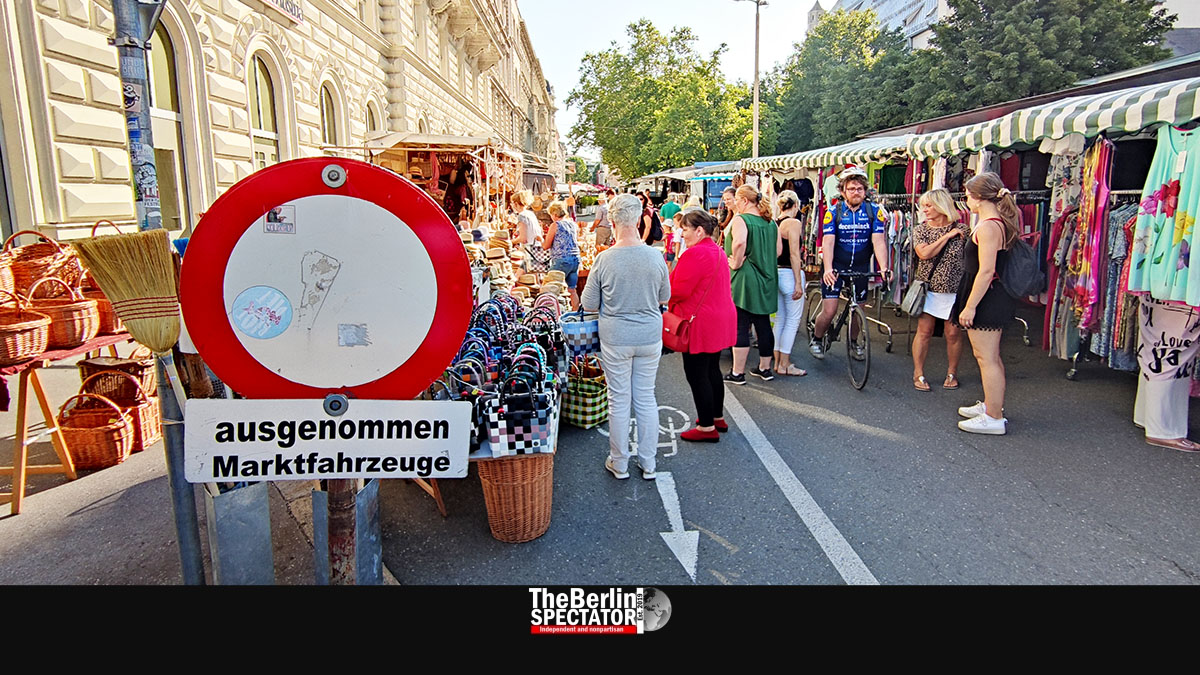 Salzburg is one of the most important tourist magnets in Austria, and also one of the most beautiful ones. One name and one face are omnipresent. Obviously, it is Mozart. There is no escaping him down there.

Berlin, October 14th, 2021 (The Berlin Spectator) — Get some nougat, dark chocolate, marzipan and pistachio. Piece it all together and form a ball. Then, cover it with silver paper which should have a picture of the city’s superstar printed on it. Make it look good. Congrats. You just made your first Mozart Ball. Yes, balls are needed in Salzburg’s confectionary business, but also quality.

Some of the best Mozart Balls are made by the confectioner Fürst. Here, the share of nougat seems to be higher, compared to ‘Mozartkugeln’, as the Austrians and Germans call them, made elsewhere. Wherever they are being purchased, Mozart Balls are great presents for non-diabetic individuals who consume marzipan. But anyone, even those who are not into this combination of ingredients, will appreciate the gesture. Giving away Mozart Balls as presents shows you are a person of taste. Hey, you just returned from Mozart’s birthplace, and you can probably even sing his melodic interpretation of Goethe’s ‘Ein Veilchen auf der Wiese stand‘.

When Johannes Chrysostomus Wolfgangus Theophilus Mozart a.k.a. Wolfgang Amadeus Mozart was born on January 27th, 1756, Salzburg was a principality in the Holy Roman Empire, but his birthplace at Getreidegasse 9 was obviously already there. And it still is today. Mozart is all over the place. A big Mozart statue dominates Mozartplatz, a square in in the city of Mozart’s birth. Anyone who wants all the Mozart available could stand in front of the Mozart statue on Mozart Square, listen to his Symphony no. 1 in E major through headphones and consume a Mozart Ball all at the same time, but this would probably lead to a Mozart overdose.

Mozart Square was installed in 1588, exactly 168 years before the man was born and 203 years before he died. While we think about how this is even possible, let’s move on to other things. Salzburg is more than just Mozart, isn’t it? This claim becomes evident at Residenzplatz. On August 12th of this year, a big poster with a picture of Mozart announces as many as four Mozart concerts for the same day, namely one ‘Piano Matinee’, one ‘Residence Concert’, one ‘Mozart Violin Sonatas’ gig and one entitled ‘Mozart Piano Sonatas’. O.k., there is no escaping Mozart in Salzburg. We admit it.

In the city’s picturesque oldtown with its nice pedestrian zone all more expensive fashion brands this planet has to offer are represented. So are all the perfume and all the souvenirs that fit into oversized shopping bags. In Getreidegasse, a nice alley, an orange house is being photographed about 200 times per second, thanks to one man, Wolfgang Amadeus Mozart, whose first achievement was to be born right here, only a few steps away from the Salzach river. In order to get the entire house onto a photo, a wide angle lens is needed, or the photographer will have to walk away as far as possible, or both.

If we needed a direct translation for Salzburg, this nice city’s name, it would be “Salt Castle”. That is because, hundreds of years ago, the salt production was the main business here. The Hohensalzburg Fortress, which overlooks Salzburg, is its main landmark. It is even on the city’s crest. Yes, in this case it is not Mozart’s face. More than a thousand years ago, in 1,077, the construction began. For those who do not have an energy issue on a very hot August day, who are ready to climb up there or to use the provided elevators with a million other tourists in Corona times, the Fortress provides a great view.

We have two words for you: Salzburg Cathedral. Completed in 1628 and restored in 1959, it is another impressive landmark with a beautiful interior. Right in front of it, a big stage was set up on this day in August of 2021, for a concert with music composed by a late genius who has not been mentioned in this feature so far: Yes, Mozart. There are so many beautiful churches, squares and palaces in Salzburg, including Schloss Mirabell with its nice flower garden.

But it is great just to inhale the city’s atmosphere too, away from all of those landmarks. Those who hit Salzburg on a Thursday, should definitely check out Schrannemarkt, a historic market located just across the street from Mirabell Palace, and sit in one of those nice cafés in oldtown or right at the riverfront afterwards. Austria has one ground rule: It is always the right moment for an Apple Strudel with vanilla sauce.

Salzburg, a rather small city with only 155,000 inhabitants, offers a lot beauty and history, but also truckloads of culture. Countless museums, including the Salzburg Museum and the House of Nature, are good places to visit. But so are those music festivals. There are so many of them it is easy to lose track. They include the ‘Cantus MM Music and Culture Festival’ in June and July, the Salzburg Festival in spring and the ‘Mozart Week’ in January.

For those who have enough of Salzburg and its superstar after six hours of walking, it is easy to get out of there. Going from Mirabell Palace in the heart of Salzburg to the nearest border crossing to the Federal Republic of Germany takes 15 minutes by car, 22 minutes by bicycle, 27.5 minutes on a horse, 39 minutes on a mule or just over an hour on foot.