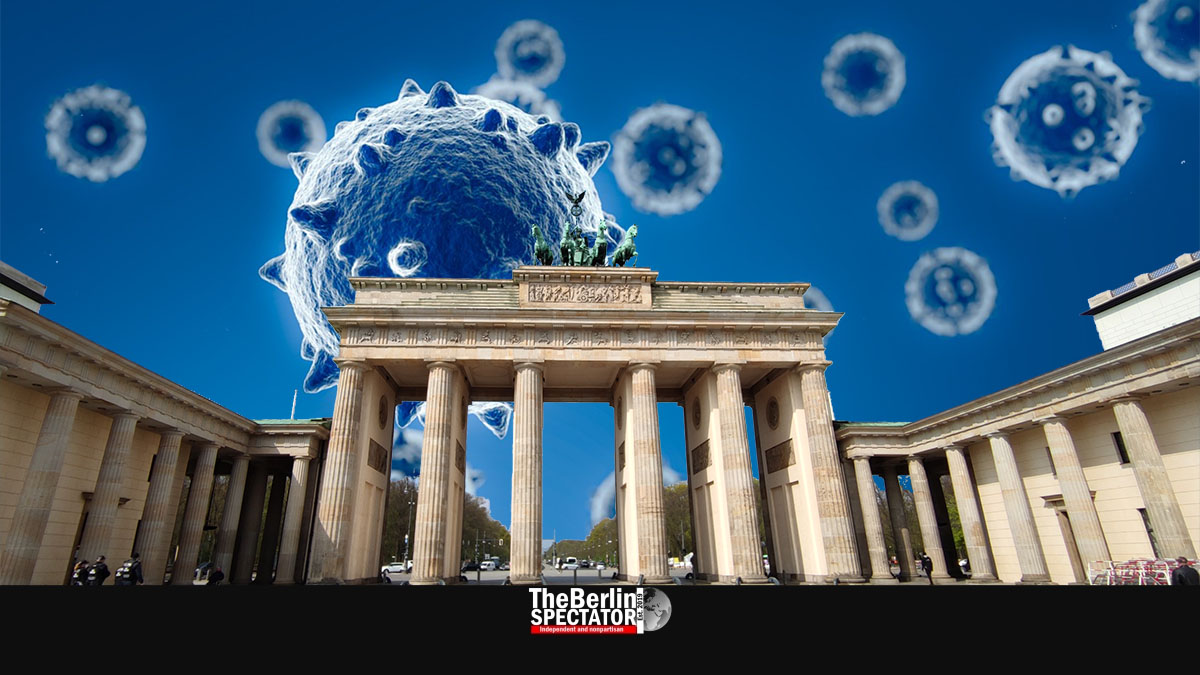 Germany’s Corona infection numbers keep on increasing. For the first time since May 13th, the country has a three-digit Incidence.

Berlin, October 23rd, 2021 (The Berlin Spectator) — The Robert Koch Institute (RKI) in Berlin has been delivering Corona infection numbers for 633 days now. When they increase, the Corona map it keeps on updating turns red, when they fall, it changes to yellow and white. For the first time in months, the RKI’s Corona map is red again, in its entirety. That is because the Seven Day Incidence in all federal states is above 50. In Germany’s south and south-east, the map is dark red, and there is a dark red spot in the north-east too. It marks Berlin.

For the first time since mid-May, Germany’s Incidence has reached 100. A month ago, it had been at 63.1. Five federal states have three-digit Incidences. They are Berlin (115.8), Baden-Württemberg (127.9), Bavaria (163.7), Saxony (159.0) and Thuringia, where the Incidence just exceeded 200 again. It stood at 206.3 on Saturday morning. The increase is definitely exponential. In spite of the skyrocketing infection numbers, no new lockdowns or other restrictions are being planned right now. Business as usual seems to be the strategy the federal government and the states are following.

On a daily basis, German counties, especially in Bavaria and in the south-east, register new record numbers. Today, Germany’s Corona hotspot is Bavaria’s Mühldorf am Inn county, where the Incidence just surpassed the 500 mark (no typo). Three more counties are above 400, seven between 300 and 400, thirty-three are at or above 200. Compared to the extremely high infection numbers, that of Corona patients in intensive care units is still relatively low, compared to the situation during the first three Corona waves. But it is increasing, and nobody knows how far it will climb. Right now, 1,541 COVID-19 cases are being treated at ICUs.

In Berlin, the central Mitte district has an Incidence of 151.5. The large and very multicultural district Neukölln stands at 148.7. Friedrichshain-Kreuzberg, Reinickendorf, Tempelhof-Schöneberg, Spandau and Charlottenburg-Wilmersdorf registered high numbers of new infections too. There are 290 Corona patients at Berlin’s hospitals, 97 of them are in intensive care, out of which 65 are connected to respirators.

The situation is better in neighboring Brandenburg province, where three out of 18 counties have Incidences above 100. They are Cottbus (141.9), Elbe-Elster (103.9) and Oder-Spree (106.5). In this stage, 104 Corona patients are being treated at hospitals, 22 of them in intensive care. Further north, in Mecklenburg-Hither Pomerania, but also in other states, hundreds of schoolkids are in quarantine again, because of Corona infection cases at their schools.

In the meantime, the RKI just declared Bulgaria and Croatia ‘High Risk Regions’ because of the alarming Corona situation there. This applies from Sunday, October 24th, 2021. In Bulgaria, where most people do not “believe in Corona”, including famous doctors, and where only one in five citizens is vaccinated for that reason, the infection numbers are rising at an alarming pace. In the past 24 hours, 4,826 new Corona infections were registered in this European Union country, the population of which is 7 million, less than one tenth that of Germany. Cameroon, the Republic of the Congo and Singapore will be ‘High Risk Regions’ starting tomorrow as well.