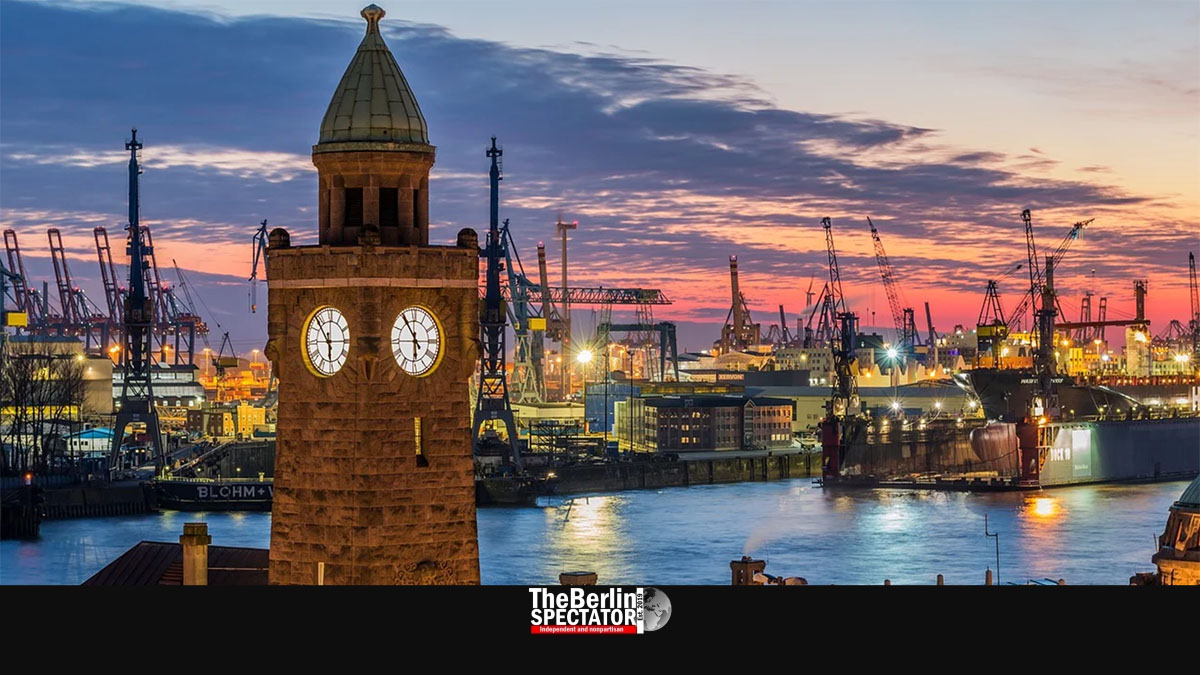 In northwestern Germany, Hamburg attracted millions of tourists per year until Corona suddenly scared them away. The good news is that some of them are back.

Berlin, October 24th, 2021 (The Berlin Spectator) — One of the nicest and most international cities in Germany is Hamburg. The northern beauty also offers a whole lot to visitors. Shooting pictures at the port, enjoying culture of all kinds, including big musicals, shopping in the beautiful city center, around the Binnenalster lake, and enjoying treats at great restaurants are just some of the activities visitors engage in. Hamburg is one of Germany’s major tourist magnets.

Before Corona hit, the sky was the limit. For many years, the number of visitors kept on increasing. In 2019, as many as 7,619,000 tourists were counted up there, more than half the number of visitors Berlin welcomed during the same year. Those tourists in Hamburg spent 1.17 million nights at hotels. Some 869,000 hotel nights were reserved by domestic tourists, and 300,000 by visitors from abroad. Back then, everyone thought the growth would continue forever.

Then, Corona ended all the fun. The number of tourists slumped to zero during several lockdowns that were imposed on Germany to bring the Corona infection numbers down. Things started to look better in the summer of 2021, when the Corona vaccination campaign and warm weather improved the situation, at least temporarily. Now, Hamburg’s tourism sector is celebrating what it calls a “restart”.

Visitors from Denmark and Switzerland

The Commerce department and the state-owned agency Hamburg Tourismus GmbH, which promotes the city as a tourist destination, say the tourism sector was sparing no effort to get out of the crisis mode it had been in. All the work paid off. In August of this year, 1.35 million hotel nights were spent in Hamburg, almost as many as in August of 2019 (1.56 million). In June of 2021, 470,000 nights had been counted, and 966,000 in July.

But, all in all, the difference is still big. In the first eight months of this year, visitors spent 3.6 million hotel nights in Hamburg. During the same period in 2019, there were almost three times as many, namely 10.2 million nights. Domestic tourists accounted for 84.5 percent of the hotel stays this year, while 15.5 percent came from abroad. Most foreign tourists came from neighboring Denmark. Many Swiss, Dutch, Austrian and Polish visitors were registered too.

‘Rising to the Challenge’

Hamburg’s Commerce Senator Michael Westhagemann stated the numbers were encouraging. It was impressive how the tourism sector was rising to the challenge and how it had dealt with such a big number of guests. This had been an enormous effort which the Hamburg Senate was thankful for. For Hamburg Tourismus GmbH, its CEO Michael Otremba said the guests were back, along with the exuberant atmosphere they were creating. The development showed that Hamburg had not lost its appeal.

It gets better: According to a poll conducted by Appinio about the Germans’ readiness to travel, 27 percent of those polled said they would likely visit Hamburg for leisure within the next 12 months and stay at one of the city’s hotels for at least one night. Those who go there soon will be able to check out the Hamburger Dom, the city’s giant funfair which has attracted both Hamburgers and visitors for many decades. It is scheduled to take place on the Heiligengeistfeld from November 5th to December 5th. Here, ‘2G’ rules apply, meaning a vaccination certificate is needed, or a certificate that proves the visitor recovered from COVID-19.