Airlines to Fly to 144 Destinations from Berlin’s BER Airport 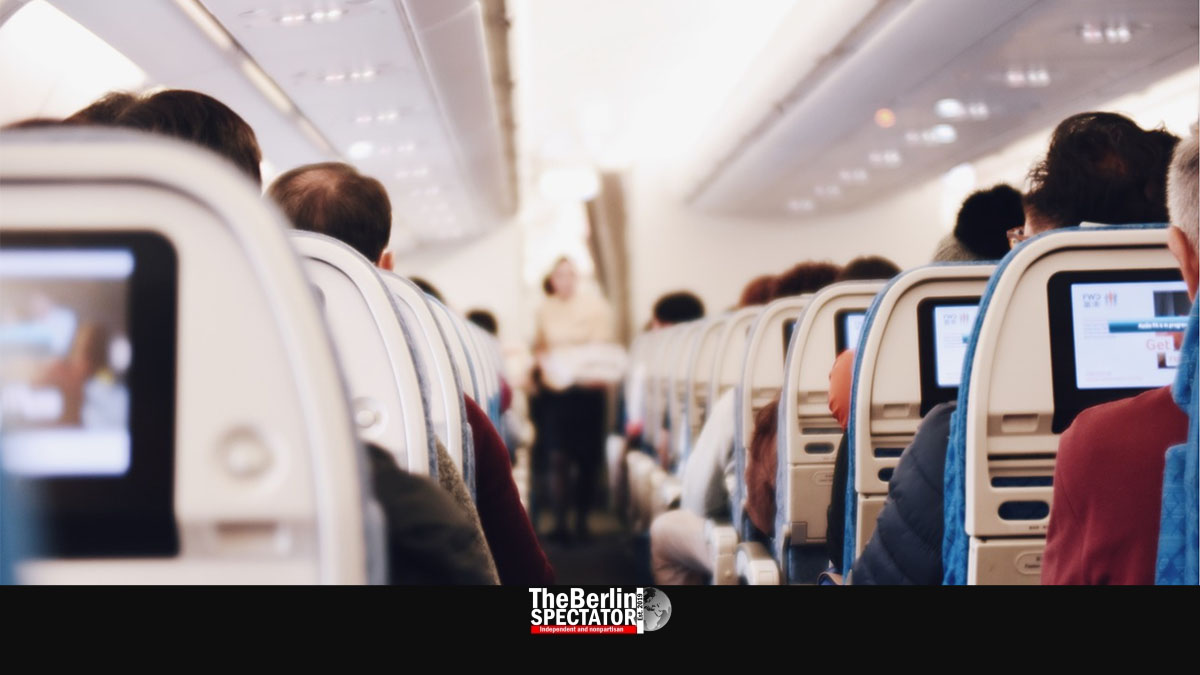 At BER, the elegant new airport for the Berlin Brandenburg region, the new winter flight schedule is supposed to kick in on Sunday. It includes flights to 144 destinations in 54 countries. Bon voyage.

Berlin, October 29th, 2021 (The Berlin Spectator) — In early 2020, hardly anyone flew anymore because of Corona. Airports all over Germany, including BER, became parking lots. Since, there has been an increase. In the summer, many Germans hopped on aircraft in order to be taken to holiday destinations all over Europe. Another wave of vacationers hit BER Airport when the fall holidays commenced, earlier this month. For some inexplainable reason, the shiny new airport in Brandenburg was not prepared. Extremely long waiting lines led to delays and a big chaos.

Starting on Sunday, the day on which Europe switches back to regular time from daylight saving time, there will be a new winter flight schedule. In spite of the fact that the airline industry is still far from returning to what was considered normal in pre-Corona times, in regard to the number of passengers, there will be many flights from and to BER Airport. The new flight schedule lists flights to 144 destinations in 54 countries offered by as many as 76 airlines. Considering we are still in the middle of the Corona crisis, this is a whole lot. Before Corona, in 2019, there were flights to 145 destinations, mostly from Tegel Airport and Schönefeld Airport, both of which were shut down a year ago.

Recently, a few intercontinental routes were announced. Because the United States of America are opening up their borders for Europeans again, United Airlines will be resuming its daily direct flights from Berlin/Brandenburg to Newark (New Jersey), but not immediately. The first flight is scheduled for March 5th, shortly before the next summer flight schedule is put in place. Until then, passengers for the U.S. will have to fly from more important hubs in Frankfurt, Munich, Amsterdam, London or Paris. A new direct connection to Washington D.C. (Dulles Airport in Virginia) was announced for May of 2022.

Another intercontinental route is already in service. Since October 20th, the low cost airline Scoot takes passengers from BER to Singapore directly on Mondays, Wednesdays and Fridays. Recently, Germany and Singapore agreed to a ‘travel corridor for vaccinated persons’, which made this route possible. But for most Asian and other intercontinental destinations, BER is not the right airport. In Germany, the biggest airport is not located in the capital, for historical reasons.

Things look different in regard to routes within Europe. EasyJet will be offering additional flights to Madeira, Las Palmas and Hurghada. The airline also announced more flights per week to Milan and Paris. Salzburg and Innsbruck are part of their flight plan too, which will make things easier for skiers who feel the inner urge to hit the Alps. Eurowings is about to add more flights to the Canary Islands. They will fly to Lanzarote and Fuerteventura twice, and to Gran Canaria and Tenerife three times per week. Eurowings also increased its number of flights from BER Airport to German destinations including Stuttgart, Düsseldorf and Cologne/Bonn.

Of course, Ryanair is back in business too. From November 2nd, they will resume their flights between BER Airport and Marseille. Marrakech is back on the flight plan as well. So is Tel Aviv. In this case, Ryanair is flying daily. Starting in December, they will even do two daily flights to and from Tel Aviv on Wednesdays and Sundays. Lappeenranta (Finland) is another new destination Ryanair is offering. They are also increasing the frequency of their flights to Málaga, Madrid, Bologna, Brussels and Bucharest. Cities that start with ‘M’ and ‘B’ seem to be their favorites, which is why they are flying to Berlin/Brandenburg too.

At BER Airport, the sky is the limit. There are flights to Kaliningrad, Moscow, Lisbon and to Orly Airport in Paris. Starting on Sunday, Iberia Express will be flying to Madrid three times per day, just like they did before Corona hit.