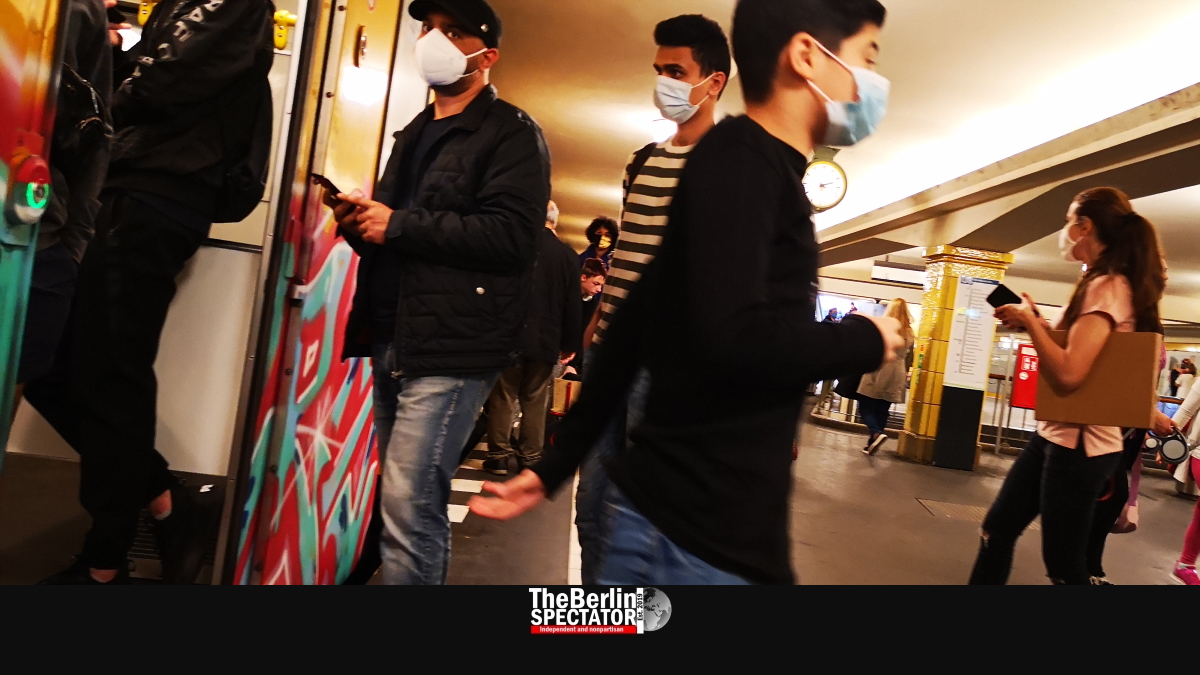 In Germany, the Corona infection numbers are continuing to rise. More than 21,000 new Corona cases were reported since yesterday. The number of Corona patients in intensive care is increasing too.

Teupitz/Brandenburg, October 30th, 2021 (The Berlin Spectator) — Whoever thought the Coronavirus pandemic would be curbed or overcome by the end of this year because of the vaccination campaign was wrong. The infection numbers are not dropping. It is the exact opposite. According to the Robert Koch Institute, 21,543 new Corona infections were confirmed since yesterday. This number alone is alarming. A week ago, last Saturday, it was already big, but a lot lower. Back then, there were 15,145 new Corona cases.

Germany’s Seven Day Incidence is now 145.1. A week ago, it stood at 100.0, and it doubled within thirteen days. Ten out of sixteen states have three-digit Incidences. In three cases, they are above 200. Thuringia is about to hit 300. Here, the number was 297.5 this morning. With 266.4, Saxony did not look much better. Bavaria reached 230.7. Baden-Württemberg, Berlin, Brandenburg, Hamburg, Hesse, North Rhine-Westphalia and Saxony-Anhalt are between 100 and 200.

Looking at the Incidences in many of Germany’s counties is nothing less than shocking. In Mühldorf am Inn and Miesbach, both of which are located in Bavaria, they surpassed the 600 mark. In three counties, they are above 500, in six counties they exceeded 400 and in twenty-nine they are above 300. Most of these Corona hotspots are in Bavaria, Thuringia and Saxony.

Along with the infection numbers, that of Corona patients who need to be treated at intensive care units is on the rise. A month ago, on September 30th, there were 1,364 of them. Two weeks ago, there were 1,400. Today, their number is 1,868. Most of these individuals are connected to respirators. Ninety COVID-19 patients in Germany died since yesterday.

In Miesbach county, one of the two worst Corona hotspots in Bavaria, the authorities believe returning vacationers might have brought many Corona infections home from abroad. In some cases, infected persons possibly did not stay in quarantine long enough, meaning they went back out while they were still contagious. Unvaccinated people push up the numbers as well, since they get infected very easily, the minute they are in contact with an infected person indoors.

Germany’s departing government has not taken additional steps against the exploding infection numbers so far. Chancellery Minister Helge Braun just told RTL/ntv, additional measures were necessary. In fall, the ‘3G’ rules had been sufficient. Now, the ‘2G’ model was the logical way to go. While ‘3G’ rules let vaccinated, cured and tested persons enter a business, cultural venue or other location, ‘2G’ locations are for vaccinated and cured individuals only.