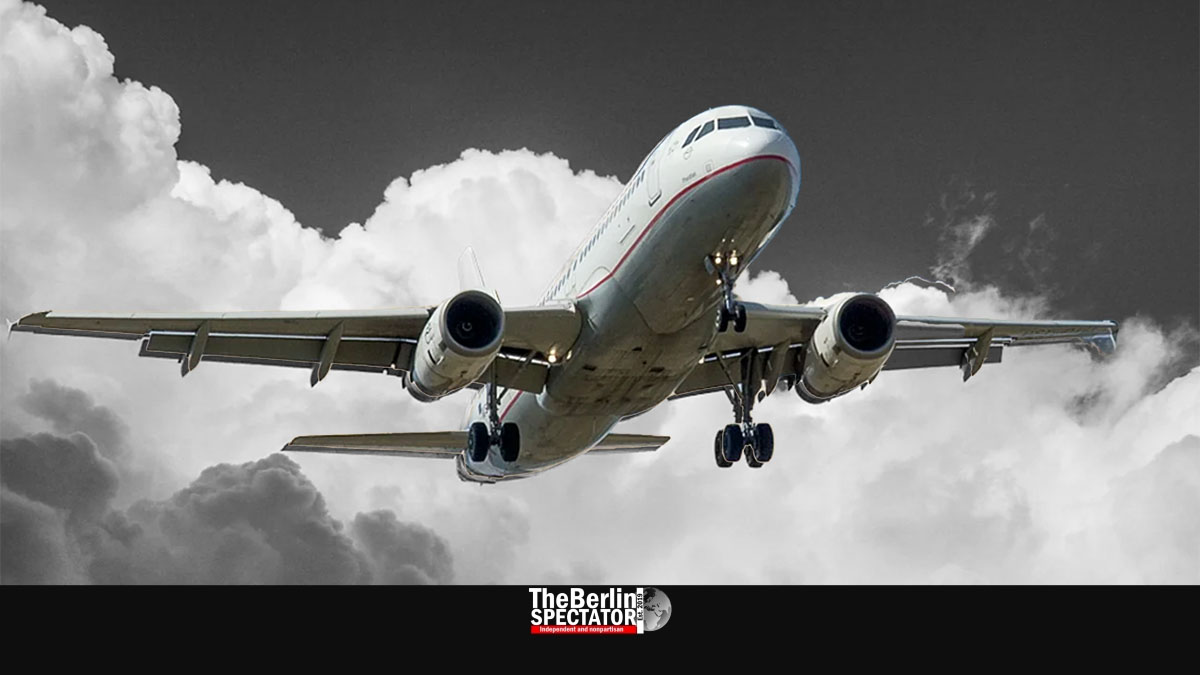 Because of the ongoing Corona pandemic, far less flights take off in the world, including in Germany. Still, as many as three incidents were just reported on passenger flights in Germany’s airspace.

Berlin, November 2nd, 2021 (The Berlin Spectator) — On Wednesday of last week, an aircraft owned by the Turkish low-cost airline Pegasus landed at Hamburg Airport at 1:00 p.m.. The flight had originated in Istanbul and everyone thought it had been uneventful, until the passengers left the plane, all but one. A 51-year old man who was occupying a window seat refrained from getting up. It took a moment until the flight crew realized the passenger was dead. The ‘Hamburger Abendblatt’ daily reported about this incident first.

According to the Hamburg Police Department, the man from Schleswig Holstein died during the flight. Nobody noticed because he appeared to be sleeping. Due to his position at the window, no other passengers needed to get past him. Besides, his eyes were closed and he was leaning against the wall of the aircraft. Like everyone else, he was wearing a protective mask.

According to the ‘Hamburger Abendblatt’, the man had several pre-existing conditions, and he was infected with the Coronavirus. It is unclear what kind of implications this finding has for the other passengers, especially those who were sitting around the man. The case also raises another big question: How did the man even get on board the aircraft with his Corona infection? Germany declared Turkey a ‘High Risk Area’. All flight passengers from there to Germany need to be vaccinated, cured or tested, with a negative outcome.

Less than two weeks ago, on October 22nd, 2021, another incident was reported above Germany. According to the ‘Aviation Herald’ an Airbus A320 owned by Jazeera Airways was intercepted by the German Air Force. The plane was en route from Kuwait City to London’s Heathrow Airport when communication with air traffic control was lost. In the region around Frankfurt, sonic booms caused by those ‘Luftwaffe’ Eurofighters were heard by residents. Once they reached the Kuwaiti plane, communication was restored. Who or what caused the issue is unclear.

The third incident is the strangest one of them all. On October 1st, 2021, a Boeing 737-800 owned by the Turkish carrier Corendon Airlines took off towards Rhodes from Cologne/Bonn Airport. As the ‘Aviation Herald’ reports, a lady went to the lavatory shortly before the aircraft reached its cruising altitude. The next moment, the lavatory door opened and the lady fell out. She was unconscious. While a doctor and a nurse who were among the passengers provided first aid, three more passengers collapsed.

According to the report, the passengers began to recover when the cabin air conditioning was reconfigured. The strangest aspect of them all is the fact that the flight continued to Rhodes in spite of what had happened. A passenger said the crew had been overwhelmed and wanted the pilots to divert, but it did not happen.